Hank Williams is listed in the credits for the following albums: 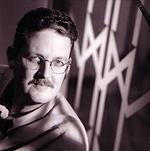 Hank recalls laying on the floor with his dad at age 5, listening to the stereo, with "music coming from speakers on his left and his right". He learned to play trumpet, french horn, piano, and conduct choral groups. As a vocal major at Samford University, he made several records with his choral group, and realized that recording was a blending of the things he loved. When he heard about a new program at Belmont University in Nashville that focused on the music industry, he was on his way. There he met many of the industry leaders that he would work amongst later in life, and finished his degree in the very first graduating class from that program.

Hank's first job after school was at Soundwest Studios in Calgary, Alberta, CA. He returned to Nashville and soon was working at Woodland Sound Studios, where he spent the next seven years honing his mastering skills. In 1983, Hank "escaped" and became MasterMix's first employee. It was the first facility of its type, with a dedicated mixing room, along with a mastering room.

Since that time, Hank has served as both mastering engineer and managing partner. He has worked with countless artists, producers, and record labels, primarily in the country and Christian genres, and on everything from indie to platinum-selling artists. Hank mastered the 2004 Grammy-winning Best Country Album "Songs of the Louvin Bros." on Universal Records, the Country Song of the Year "Its Five O'Clock Somewhere" by Alan Jackson and Jimmy Buffett, and the Best Contemporary Blues Album, Etta James' "Let's Roll".