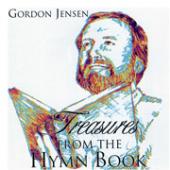 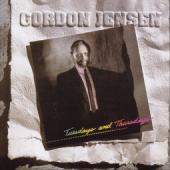 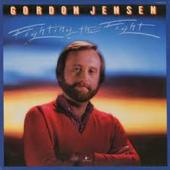 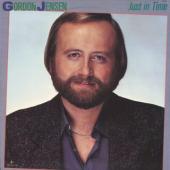 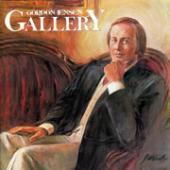 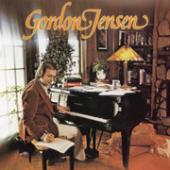 Gordon Jensen is listed in the credits for the following albums: 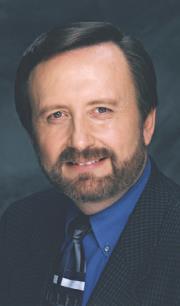 Recording artist and composer Gordon Jensen has become an institution in Christian music. The accolades bestowed on this man are many, as countless artists have recorded his material and church choirs all over the world sing his songs.

Born in Canada, and raised in a devout Christian home, Jensen accepted Christ as a child of six. A desire to serve the Lord and express love for Him through music led to his first public performance at twelve. By age sixteen, he was an integral part of The Orrells, a touring band which later evolved into Gordon Jensen and Sunrise. A ten-year affiliation with these groups provided a forum for Jensen's songwriting and spanned several albums for Zondervan and Benson Co. labels.

Launching his solo ministry in 1979, Jensen recorded two albums of original songs for Impact Records, followed by two more on Word's DaySpring label, all produced by Neal Joseph. His next project on WordSong utilized the talents of Toto alumnus David Hungate. Throughout the 1990's, Jensen released three albums on the One Story label, all produced by Garrett Hestla. Jensen's One Story release, Listening Lord, is a ten song collection of recently written material, produced by J. D. Miller, a stellar musician who has worked with some of the biggest names in secular and gospel music. Widespread radio airplay and chart success have followed Jensen through the years with #1 records like "God Still Loves the World", "Bigger Than Any Mountain", and "When I Lift Him Up In Praise."

Translated into fifteen languages, his songs have been recorded in excess of two thousand times by such artists as: Cynthia Clawson, Larnelle Harris, The Imperials, Dallas Holm, The Cathedrals, Janet Paschal, Rusty Goodman, The Booth Brothers, Squire Parsons, The Continental Singers, along with names like Gaither, Winans, Roy Acuff, The Oak Ridge Boys, and a host of others. Jensen and his music have been featured several times on the Bill and Gloria Gaither and their Homecoming Friends video series. The classic "Redemption Draweth Nigh," which Jensen penned at age eighteen, has been recorded over three hundred times alone and became the musical theme for the movie "A Distant Thunder."

Nominated on five occasions for Songwriter of the Year by the Gospel Music Association, several of Jensen's compositions have garnered the GMA's Top Ten Songs of the Year distinction. Among the three hundred plus titles he has written: "I Should Have Been Crucified," "Jesus Will Outshine Them All," "He's As Close As the Mention Of His Name," "Tears Are A Language," "Bring Back The New Again," "Desert Of My Days," "You're The Only Jesus (Some Will Ever See)," and "Written In Red." Collaboration with leading arrangers has yielded a number of widely used choral collections. The majority of Jensen's material has been published by Word Music, Inc., Brentwood-Bensen, and his own firm, One Story Music.

Jensen's work defies categorization as it reflects many musical influences and appeals to a wide spectrum of people. He has enjoyed enthusiastic response in a variety of concert settings including colleges and churches of all denominations.

A superb in-person communicator, Jensen's songs address issues related to the Christian experience with an insight and theological maturity that is unusual in a medium that too often emphasizes style over substance. In his own words, "My goal in being anywhere before people is to exalt the Lord Jesus Christ through the gifts He has entrusted me with. Nothing of real value could occur if I were there for any other purpose." Invariably, audiences leave his concerts lifted in spirit and strengthened in their faith.

Averaging one hundred fifty personal appearances each year, Jensen's tours have taken him throughout the United States, Canada, Great Britain, The West Indies, Scandinavia, Western Europe, Africa, and India. In addition, he is a frequent guest on nationally syndicated television, including the 700 Club, and has co-hosted 100 Huntley Street. He has served as host of a radio talk show.

Websites:
Website: GordonJensen.org
External links are provided for reference purposes. Christian Music Archive is not responsible for the content of external internet sites.
Created by: admin on 26-July-2010 - Last Edited by admin on 07-January-2016