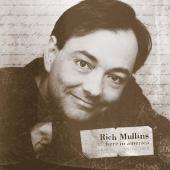 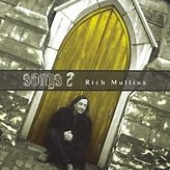 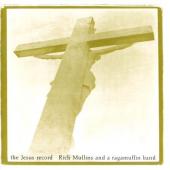 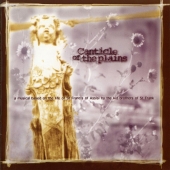 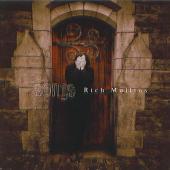 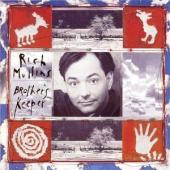 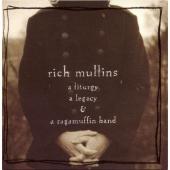 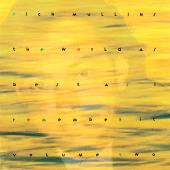 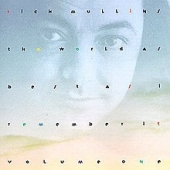 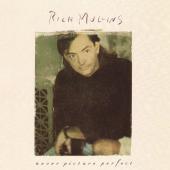 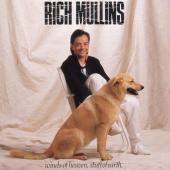 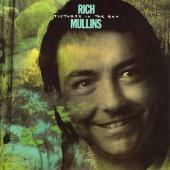 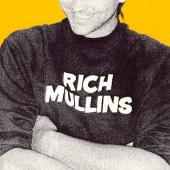 Rich Mullins is listed in the credits for the following albums: 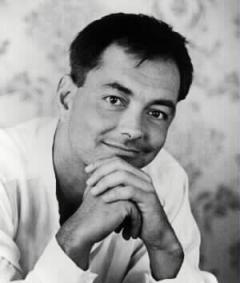 Richard Wayne Mullins was an American Contemporary Christian Music singer and songwriter born in Richmond, Indiana. He had two sisters and two brothers.

Mullins was best known for his worship songs "Awesome God" and "Step by Step", both of which have been embraced as modern classics by many Christians. Rich Mullins is also remembered for his devotion to the Christian faith. He was heavily influenced by St. Francis of Assisi. In 1997, he composed a musical called Canticle of the Plains, a retelling of the life of St. Francis set in the Old West.

Richard Mullins was born to John Mullins, an Indiana tree farmer, and Neva Mullins, a Quaker. Mullins' family called him by his middle name, Wayne, which he went by until college where his friends called him Richard. Mullins grew up attending Arba Friends Meeting, a church in Lynn, Indiana. The Quaker testimonies of peace and social justice later inspired many of his lyrics. Mullins was baptized when he was in the 3rd grade. His great-grandmother had taught him to play hymns in four part harmony when he was very young; he began to study classical piano with a Quaker teacher while in elementary school.

An important part of Rich Mullin's musical talents in Richmond, Indiana was being the piano player, song writer and vocalist for the New Creations Choir which was started by Tim and Bonnie Cummings in the early 1970s. The choir had a bus, toured several states and even produced a record album. Today New Creations is a church and school for teens and Rich Mullins was a contributing factor in its beginning.

In 1974-78, Mullins attended Cincinnati Bible College. He worked in a parking garage to help pay for his schooling. From 1975 to 1978 he was the Music Director and Youth Director near Cincinnati at Erlanger United Methodist Church, Erlanger, Kentucky.

In the 1980s he moved to Nashville, Tennessee to begin his professional recording career. Mullins was engaged sometime between the late '70's and early '80's and had written the song Doubly Good To You (recorded by Amy Grant on her album Straight Ahead) for the wedding. However, his fiancée broke off the engagement, at which time Mullins wrote Damascus Road.

Years later Rich shared thoughts about his relationships and personal life in a radio interview with Rick Tarrant:

I would always be frustrated with all those relationships even when I was engaged. I had a ten year thing with this girl and I would often wonder why, even in those most intimate moments of our relationship, I would still feel really lonely. And it was just a few years ago that I finally realized that friendship is not a remedy for loneliness. Loneliness is a part of our experience and if we are looking for relief from loneliness in friendship, we are only going to frustrate the friendship. Friendship, camaraderie, intimacy, all those things, and loneliness live together in the same experience... I have no interest in anybody else and she is married to someone else so that's the way it goes and I don't mind that. Right now I cannot imagine that life could be happier married than it is single so I'm not in a panic about getting married. And I think, you know, maybe God wanted me to be celibate and the way that he accomplished that was to break my heart. So that's the way it goes.

In 1988, Mullins moved to Wichita, Kansas where, in 1991, he enrolled as a student at Friends University and lived with his best friend, David Strasser (a.k.a. Beaker). He graduated with a B.A. in Music Education on May 14, 1995. After graduation, he and Mitch McVicker moved to a Navajo reservation in Tse Bonito, New Mexico to teach music to children. They lived in a hogan at the reservation until his death.

The profits from his tours and the sale of each album went to his church, which divided it up, paid Mullins the average salary in the U.S. for that year, and gave the rest to charity. Mullins was also a major supporter of Compassion International and Compassion USA.

His faith can be understood by a quote he gave at a concert shortly before his death. He stated that:

Jesus said whatever you do to the least of these my brothers you’ve done it to me. And this is what I’ve come to think. That if I want to identify fully with Jesus Christ, who I claim to be my Savior and Lord, the best way that I can do that is to identify with the poor. This I know will go against the teachings of all the popular evangelical preachers. But they’re just wrong. They’re not bad, they’re just wrong. Christianity is not about building an absolutely secure little niche in the world where you can live with your perfect little wife and your perfect little children in a beautiful little house where you have no gays or minority groups anywhere near you. Christianity is about learning to love like Jesus loved and Jesus loved the poor and Jesus loved the broken.

Mullins had a distinctive talent both as a performer and a songwriter. His compositions showed distinction in two ways: unusual and sometimes striking instrumentation, and complex lyrics that usually employed elaborate metaphors.

Mullins did most of his composing and performing on piano and acoustic guitar, but he also had a prodigious talent for obscure instruments. He displayed arguably virtuoso skills on the hammered and lap dulcimers (in "Calling out Your Name" and "Creed") and the Irish tin whistle (in "Boy Like Me/Man Like You" and "The Color Green").

Mullins formed his first band in 1976-77 while attending Cincinnati Bible College. His musical career formally began with Zion Ministries in the late 1970s, where he wrote music and performed with a band called Zion. The band released one album in 1981 entitled Behold the Man. While working for this ministry, Mullins wrote a song called "Sing Your Praise To The Lord" which was recorded by singer Amy Grant in 1982 and became an immediate hit on Christian Radio. In 1983 Debby Boone recorded Mullins' "O Come All Ye Faithful" for her Surrender album. In 1984, the song was also featured in a TV movie called Sins of the Past.

In 1986, Rich Mullins released his eponymous debut album, followed in 1987 by Pictures in the Sky. Neither album sold very well, but the Christian radio hit "Awesome God" on his third album, Winds of Heaven, Stuff of Earth, brought his music to a wider audience. The song "Awesome God" was written at a Christian camp "Rock Lake Christian Assembley" in a small town in Michigan.

In the early 1990s, Mullins released a pair of albums entitled The World As Best As I Remember It, Volume One and Two. These albums featured more of a stripped-back, acoustic feel than his earlier work, with nods to Irish music. "Step By Step", a song written by good friend Beaker and included on volume one, and incorporated into "Sometimes By Step" with additional lyrics by Mullins on volume two, became an instant hit on Christian Radio, and, like "Awesome God", it became a popular praise chorus.

In 1993, Mullins assembled a group of Nashville musicians (including Jimmy Abegg, Beaker, Billy Crockett, Phil Madeira, Rick Elias, and Aaron Smith) to form A Ragamuffin Band, whose name was inspired by the Christian book The Ragamuffin Gospel by Brennan Manning. The band recorded A Liturgy, a Legacy, & a Ragamuffin Band, which was later named the #3 best Christian Album of All time by CCM Magazine. Liturgy was a concept album that drew its inspiration, in part, from the Catholic liturgy. The Ragamuffins also appeared on Mullin's 1995 record Brother's Keeper.

In 1997, Mullins teamed up with Beaker and Mitch McVicker to write a musical based on the life of St. Francis of Assisi, entitled The Canticle of the Plains. Mullins had great respect for St. Francis, and even formed "The Kid Brothers of St. Frank" in the late 1980s with Beaker.

On September 19, 1997, Rich Mullins and his friend Mitch McVicker were traveling on I-39 north of Bloomington, Illinois, to a benefit concert at Tabor College in Hillsboro, Kansas, when his Jeep flipped over. They were not wearing seat belts and were thrown from the vehicle. When a passing semi-trailer truck swerved to avoid the Jeep, Mullins, who was too injured to move out of the way, was hit by the truck and died instantly. McVicker was badly injured but survived.

His funeral was open to the public and had a massive gathering. He is buried in the Harrison Township Cemetery in Hollansburg, Ohio, alongside his brother who died in infancy and his father.

Shortly before his death, Mullins had been working on his next project, which was to be a concept album based on the life of Jesus Christ and was to be called Ten Songs About Jesus. On September 10, 1997, nine days before his death, he made a rough micro cassette recording of the album's songs in an abandoned church. This tape was released as disc 1 of The Jesus Record, which featured new recordings of the songs on disc 2 by the Ragamuffin Band, with guest vocalists Amy Grant, Michael W. Smith, Ashley Cleveland, and Phil Keaggy. "Heaven In His Eyes" was not a new song, but one that had been written over two decades earlier, a beloved favorite of Rich's.

Rich's interest in Saint Francis of Assisi led to an attraction to Roman Catholicism in his final years. There was no daily Protestant service on the Navajo reservation, so Rich frequently attended daily Mass. He never converted, and there is dispute over his intentions.

The year that he died, Rich himself declared,

A lot of the stuff which I thought was so different between Protestants and Catholics [was] not, but at the end of going through an RCIA [Rite of Christian Initiation for Adults] course, I also realized that there are some real and significant differences. I'm not sure which side of the issues I come down on. My openness to Catholicism was very scary to me because, when you grow up in a church where they don't even put up a cross, many things were foreign to me. I went to an older Protestant gentleman that I've respected for years and years, and I asked him, "When does faithfulness to Jesus call us to lay aside our biases and when does it call us to stand beside them?" His answer to me was that it is not about being Catholic or Protestant. It is about being faithful to Jesus. The issue is not about which church you go to, it is about following Jesus where He leads you.

In 1998, the tribute album Awesome God: A Tribute to Rich Mullins was released, featuring favorite Mullins songs reinterpreted by his Christian music peers.

Mullins' family founded The Legacy Of A Kid Brother Of St. Frank to continue his mission to develop programs of art, drama and music camps for Native American youth and provide a traveling music school serving remote areas of the reservations. Today it is administered by Tammy Pruitt.

Websites:
Tribute Site: www.KidBrothers.net
External links are provided for reference purposes. Christian Music Archive is not responsible for the content of external internet sites.
Created by: siremidor on 26-July-2010 - Last Edited by siremidor on 13-January-2021