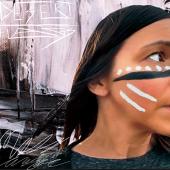 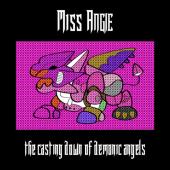 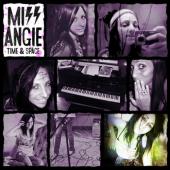 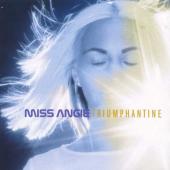 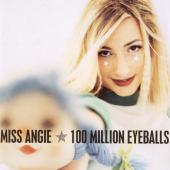 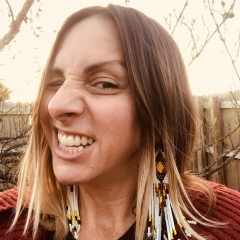 Miss Angie is a Christian music artist who produced two albums on Myrrh Records, the final one in 1999. Her music was based in aggressive hard rock and pop sound with a feel that was described as "retro-eclectic," and vocals likened to those of Cyndi Lauper. Her portrayed image, one of the strong female rock star, was unusual in Christian music, but was offset by overtly Christian lyrics.

The name Miss Angie was a compromise; at the time of recording her first album she knew that she was getting married, and so chose a name that was neutral with regard to that event. Her given name was Angie Turner, sister of Shawn Turner, who played guitar in Johnny Q. Public. The family had a background in Christian music ministry, and the siblings had grown up traveling with their father's Christian rock bands in a situation she later described as being "sort of like the The Partridge Family." She married Oran Thornton, also from Johnny Q. Public, in 1998. Oran went on to join the band Flick. They are no longer married.

In October 1999, she re-appeared with a new website, http://www.missangie.net/ , and some new songs. The website claims she will be putting out an album in late 2010 or early 2011.

Miss Angie began her solo career doing praise and worship sets after Johnny Q. Public concerts. She started writing songs at the age of 16, and while on tour Oran Thornton encouraged her make a career out of music. These efforts eventually lead to a demo produced with David Zaffiro and a contract with Myrrh Records.

Her lyrics were influenced by artists whom she describes as being "out-front praising Jesus and plainly talking about the Word." She names the influence of as Keith Green, Crystal Lewis, and Second Chapter of Acts. Her debut contains a cover of the latter's "Which Way the Wind Blows".

100 Million Eyeballs, released in 1997, takes its name from a creature described in the prophetic books of Revelation and Isaiah. Its lyrics have a simple though thought-provoking structure, aimed at the junior-high market. Several reviewers found that its songs tend to pose questions to the listener, but end up coming off as praise music. Musically, the album centered around "big guitars, heavy beats," and a "warm yet still girlish, voice."

Overall, Miss Angie portrayed the image of a "polished, yet glaring 'teenie-bopper'," a sentiment that others reflected as well. More than one critic expressed the thought that the portrayal of the strong female lead rocker was unusual in Christian music, and this probably enhanced the albums appeal. The dichotomy between the sweet and the aggressive images are what made the album worth listening to.

On Triumphantine the band's sound changed considerably, dropping the emphasis on guitar in favor of keyboard synthesizers. One reviewer described the sound as Fleming and John meets His Name Is Alive. Another likened it to pre-comeback Blondie or Plumb, and a third to The Doors. The overall effect was that the album contained a greater variety of sounds than the debut. One major complaint was the short length of the album as well as the individual tracks, which one commented didn't allow the songs to fully develop musically. 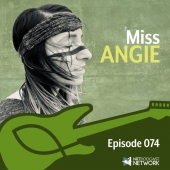 Back in the late 90s, I worked for a marketing company hired to help promote new albums on Myrrh Records. One of the projects we had the privilege of working on was the 2nd album from my guest today. Since that album, Miss Angie has become an independent artist and has just released her 5th album, Desert Flags. Today we're also going to talk about how God chases after us and wants to restore us.