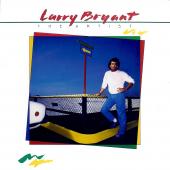 Larry Bryant is listed in the credits for the following albums: 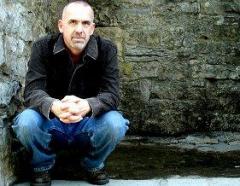 He also worked with keyboardist Michael W. Smith and producer Joe Huffman to record two albums of his own, The Artist and Silent Movies, which led to an extensive concert schedule over the next ten years.

Larry and co-writer Lesa, his wife, both earned gold records for their song “Unto Us (Isaiah 9)” which was featured on Sandi Patty’s Grammy-winning album Another Time, Another Place. The song was performed at the lighting ceremony for NYC’s Rockefeller Center Christmas tree in 1991.

Larry was also nominated for a Dove award for “Solid as the Rock”, a number 1 hit, which he co-wrote with Geoff Thurman for Michael English’s debut album.

Problems with his voice forced him off the road in the mid-90’s, but Larry has returned to the studio to work on a new series of independent projects.

According to his website, Larry is "a musician, pianist, songwriter, woodworker, book-collector, ordained minister, father, husband and the world's worst magician (not necessarily in order of priority)." He currently resides in Indiana.

Websites:
Website: LarryBryant.com
Myspace: larrybryant
External links are provided for reference purposes. Christian Music Archive is not responsible for the content of external internet sites.
Created by: siremidor on 26-July-2010 - Last Edited by admin on 07-January-2016