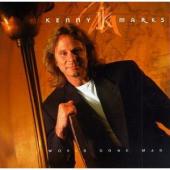 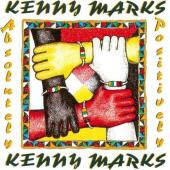 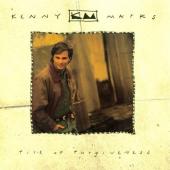 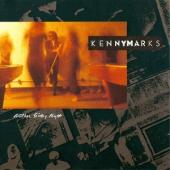 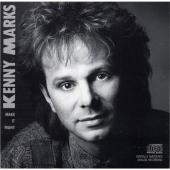 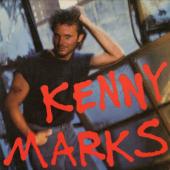 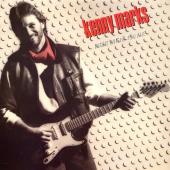 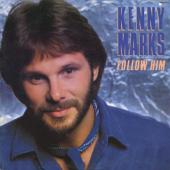 Kenny Marks is listed in the credits for the following albums: 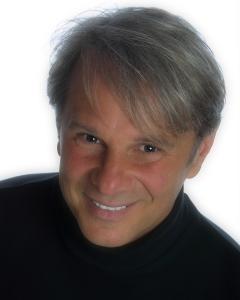 Once upon a time a Yugoslavian family sailed to America, pursuing new dreams. America, the country where everything was possible. But soon problems arose. What about their name? Makrovich, it seemed, was not a suitable appellation for a brand new US citizen. For the New World, a new name had to be found: that's how one of America's foremost rockers, the son of pioneers, came to be known as Kenny Marks.

Kenny Marks is known for making music that makes sense. His five albums relate to everyday life. "I like to call my music vertical with a horizontal connection", says Marks. His driving rock, with shades of Springsteen and Adams, is music with heart, passion and energy, words that are basic to his vocabulary. His first album 'Follow Him' was released on Myrrh Records in 1982 but it wasn't until his second album, 1984's 'Right Where You Are' that Kenny began to find his own definitive style as an artist and fulfil his desire to sing about relationships.

Growing up in Detroit, Marks studied classical piano as a kid and learnt to play guitar when he was 15. He tried a group with some guys in high school, then went away to a university on the East Coast. His classical background is reflected on a track from his latest album 'Another Friday Night' called 'You Made A Difference For Me' probably one of the most unusual songs that he has ever recorded.

"It's a very personal statement about how the Lord, throughout my lifetime in everything I have done, day-in and day-out, has made the biggest difference for me," Marks says.

Mark feels that relationships are the focus of his music. "It's what I feel deep inside my heart that I can talk about. I'm a struggler. I struggle like everybody. So my music isn't up in the clouds. It's down here, where we're all at. I feel I'm able to sing about that from my heart.

"I get a lot of letters from people all over the world like: 'Dear Kenny, I wish that you could think about how we feel, like how single people feel'. And then they tell me how they lost their boyfriend or their girl-friend. Somebody writes me and says: 'I lost my husband'. I want to be a Christian who can address and speak to these difficult things."

"It's funny," he continues. "Recently somebody approached me and said: 'can I talk with you?' So I went outside and talked with him. This guy told me his wife just left him and he's really lonely. It's a big strong guy on the outside, who's crying on the inside, and he doesn't know how to deal with it. And so I try to take five minutes to say something to encourage. I think this is what Christian music should be."

Many Christian artists seem to be realising that it's these day-to-day real life problems that should be addressed, whether on a personal or a general level. Trendsetter in this field has been Russ Taff with his open-hearted, self titled third album. Another example would be Amy Grant with her extremely honest 'Faithful Heart'. Commenting on this tendency Marks says, "I think it's good. Music sometimes has got to come out of the heavens. Often we make music so heavenly that it misses the heart. That's why I like to call my music horizontal music."

Jeannie and Johnny, the fictitious Franklin High School couple created by Marks have made an appearance on 'Attitude* (1985) and 'Make It Right' (1987). "Growing Up Too Fast" was their story, as two individual kids who were dealing separately with high-speed emotions and biological impulses. In "The Party's Over" from 'Attitude', we see Jeannie and Johnny meeting at a party, then taking their passions over the limit in the back seat of Johnny's car. And suddenly, sadly, the consequences of their actions are seen in the resulting pregnancy that robs them of their carefree teenage lifestyle.

So Jeannie and Johnny are married, trapped in a grown-up world with a baby they didn't mean to create. The saga continues on Kenny's latest album, 'Another Friday Night', with the song, "Next Time You See Johnny". By now, Johnny's left Jeannie with the boy, who's old enough to hurt over Daddy's leaving, and innocent enough to hold forgiveness in his heart for Johnny.

Talk about being interconnected. It's the "Jeannie and Johnny trilogy" - or everything Mellencamp didn't tell you about Jack and Diane. And their story rings so painfully true that you find yourself thinking 'these are real people...' which, in a way, they are. Or at least they could be.

Recording and producing 'Another Friday Night' was no easy job, since Marks wanted the dynamism of a live-concert reflected on the record, an effort he succeeded in.

Produced by Bubba Smith, the recording was mixed by Marc DeSisto, best known for his work with U2, Amy Grant, and Don Henley - and the album was more than two years in the making.

Considering Mark's preoccupation with relationships, it seems a bit strange to find the song "Nobody Else But Jesus" on the new album which is pure gospel, with almost no horizontal elements in it. Isn't this reneging on the Marks manifesto? "There are other songs that say...I need you to tell me you love me tonight." He pauses. "Do you see what I'm saying? If you only take one song -yeah, that song does say 'there's nobody else like Jesus'. Somebody could say: 'hey, you've got a song here that says 'The Party's Over'. Do you really mean that, the party's over?' No. It's an idea. One song is one song. I hope that people can look at all my songs and see life.

"Some Christian performers sing only about the vertical. We should ask what this means too. It has to have meaning. I hope to do both, so that it's balanced.

"So many times we put artists out that don't know what they're doing yet. They're 21, 22 years old and they look good and they smell nice," says Marks, still sweating after the soundcheck. "And so we put them out there. What are they gonna say, what do they start talking about? I'm still not the greatest singer in the world, but at least I know what I want to say."