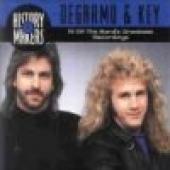 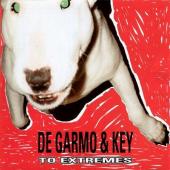 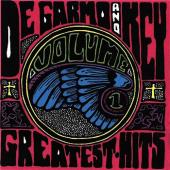 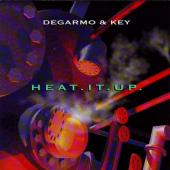 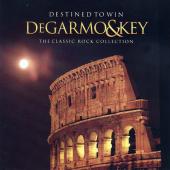 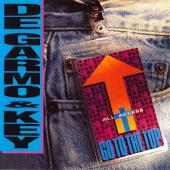 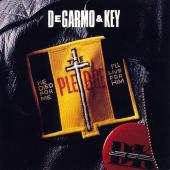 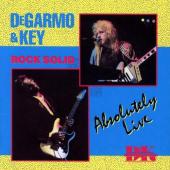 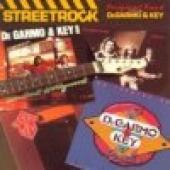 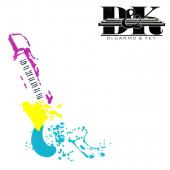 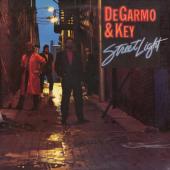 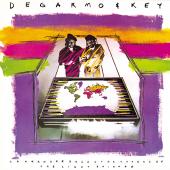 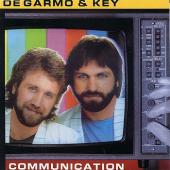 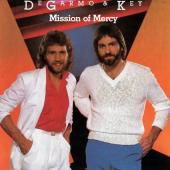 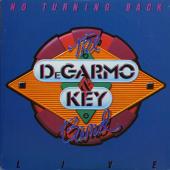 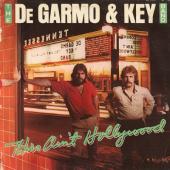 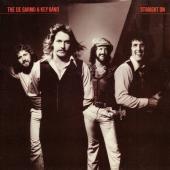 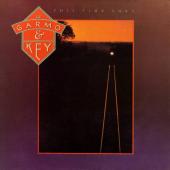 DeGarmo & Key is listed in the credits for the following albums: 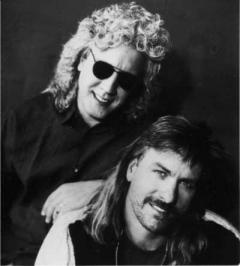 Eddie DeGarmo and Dana Key grew up in Memphis, Tenn. They officially remember meeting in the 1st grade. Eddie and Dana grew up together in the same neighborhood.

Throughout their childhood they pursued an interest in music.

Eddie recalls walking into the music store with his father and while he was more interested in taking home a set of drums, his dad instead purchased an organ.

During high school, Eddie and Dana formed a band called "Globe" and were officially signed to a major label recording deal.

Not too long after being signed, Eddie was lead to Christ by one of his older brothers while listening to David Wilkerson preach. After getting saved, Eddie witnessed to Dana and won him to Christ.

After getting saved, Eddie and Dana quit their secular band "Globe."

After putting music aside for a while (as Dana recalls on the album: No Turning Back, Live) he was challenged to use his talent and play his music for Christ.

Being influenced by Larry Norman's album: Only Visiting This Planet, Eddie and Dana joined forces again, this time playing their style of music for Christ, to exhort the fellow Christian and witness to the lost. This time they were known as "The DeGarmo & Key Band."

DeGarmo & Key tried to get signed to Al Green's "Hi Records" but were unsuccessful at getting signed. They soon caught the attention of Pat Boon who signed DeGarmo & Key to his "Lamb & Lion" record label.

Beginning in 1978 with their debut album "This Time Thru" and ending in 1982 with the double lp album "No Turning Back, Live," DeGarmo & Key recorded their first 4 albums under Lamb & Lion.  After parting with Lamb & Lion records, DeGarmo & Key moved to PowerDiscs, a label under Benson records.

With the move from the Lamb & Lion label to PowerDiscs also came a slight change of name and a very noticeable change of music style. Formerly known as "The DeGarmo & Key Band" on the Lamb & Lion albums, now they were simply known as DeGarmo & Key (for the rest of their career). The band's musical style however was a big change. DeGarmo & Key went from a straight forward rock 'n roll sound to more of a (at the time) radio-friendly pop sound, debuting the new sound on their 5th album "Mission of Mercy." The new pop-rock sound continued with 1984's "Communication" and 1985's "Commander Sozo and the Charge of the Light Brigade" albums. DeGarmo & Key produced a music video for songs from their 1984 and 1985 albums. From "Communication" came a music video for their song "Six, Six, Six." This music video was the first Christian music video to be played on MTV, however, controversy followed the video. MTV originally refused to air the video due to a scene where the Anti-Christ is engulfed in flames. In response to MTV's refusal to air the video, DeGarmo & Key had that scene re-done to show the Anti-Christ holding a prophetical orb/crystal ball showing "future events." MTV agreed to play the new version of the music video.

Returning to their more straightforward rock 'n roll roots, DeGarmo & Key released "Streetlight" in 1986. "Streetlight" was accepted wholeheartedly by all fans and many consider it to be one of the band's best albums. According to Stan Coats (the band's longtime road manager), "Streetlight" was originally mixed to have a much heavier guitar emphasis, but the record label feared a heavier sound would no be well accepted by radio stations, so the album was toned down. "Streetlight" also introduced the band's new way of recording their albums, by recording all together live in the studio instead of recording each instrument separately, therefore giving fans that "live stage" sound that many fans preferred over the "studio" sound on DeGarmo & Key's albums.

In 1987, Steve Taylor (guitar, background vocals) joined the band and they released the album "D&K." By far the hardest album released by D&K, but also the most memorable. "D&K," when purchased on cassette, was packaged with a 2nd cassette tape of the entire album, completely free, to give to an unsaved friend. The only difference between the cassettes is that the free one had reduced intro's and solos on the songs "Rock Solid" and "Strength of Love." The songs on "D&K" deal with many social/spiritual issues such as: teenage suicide (Teenage Suicide), judgment among brethren (Brother Against Brother), standing for truth (Stand), and marital problems (Strength of Love). The insert for the album also contained Bible verses to show the Biblical meaning for each song.

In 1988, DeGarmo & Key released an album and home video of a concert from their D&K album tour titled "Rock Solid Absolutely Live" and the video titled "Rock Solid...The Rock-U-Mentary." What separates this album from their previous 1982 live album and the live albums of most other bands is that this live album was not re-mixed with overdubs or any enhancements, it was simply just as you would hear it sitting in the audience of the concert. The home video contained the live concert and a comical on-location biography of DeGarmo & Key throughout the video.

During the same 1989 interview with then CCM magazine editor, John W. Styll, DeGarmo & Key announced they had placed more emphasis (than on previous albums) in their 1989 album "The Pledge" and planned to place more emphasis (than before) in their ministry towards motivating young Christians and those in church to witness to people and win them to Christ, as well as motivating them to take a stand in situations that affect the public.

In 1991 DeGarmo & Key released "Go to the Top" and continued until their final album in 1994, "To Extremes," after which the band retired

In 1995, Dana Key released his 2nd and final solo album "Part of the Mystery." The album has more of a sound that could be labeled as a kind of "modern DeGarmo & Key" sound. The song "Dear Mr. Clapton" was written by Dana Key to Eric Clapton in regards to the death of Clapton's young son and is a kind of witness to Eric Clapton to accept Christ as his savior in order to see his son in Heaven again someday.

With 14 original albums, 2 compilations, 1 greatest hits, and 2 solo albums each, and 5 home videos, DeGarmo & Key has left behind a legacy that has yet to be matched and will always be remembered by generations of fans past, present, and to come. after the band he pastored The Love of Christ Community Church in Cordova, TN.
http://www.tlcmemphis.com