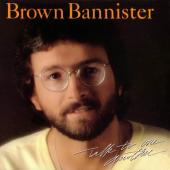 Brown Bannister is listed in the credits for the following albums: 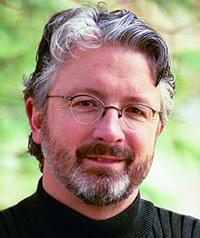 Brown Bannister is a Contemporary Christian Music producer and songwriter. Bannister released one album of his own, Talk to One Another, in 1981 on NewPax Records. It was reissued on the Reunion Records label five years later, featuring a newer recording of the album's final cut, "Create In Me A Clean Heart". The original NewPax version featured Ed DeGarmo on the Hammond B3 Organ; the 1986 version featured Amy Grant and her then-husband Gary Chapman on vocals with him. The 1986 version was released as a radio-single and gained moderate airplay in some markets.

Bannister is best known for his work in the audio engineering, recording, and production industry. He formed his own independent label, Vireo Records, in 1991. Bannister has sold more than 50 million records and won 25 Dove Awards and 14 Grammy awards. The Gospel Music Associate has named him "Producer of the Year" five times. He has written many songs, notably for Amy Grant. Bannister also taught Grant in his Sunday School class at Belmont Church of Christ.

In 2017, Brown became the Director of the School of Music at Lipscomb University in Nashville.

Websites:
Instagram: banistuci
Twitter: @banistuci
External links are provided for reference purposes. Christian Music Archive is not responsible for the content of external internet sites.
Created by: siremidor on 26-July-2010 - Last Edited by siremidor on 15-October-2019