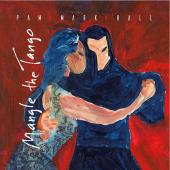 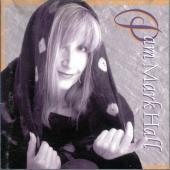 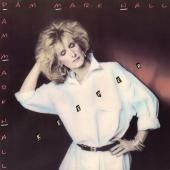 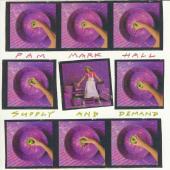 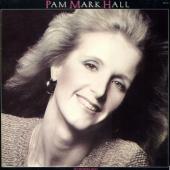 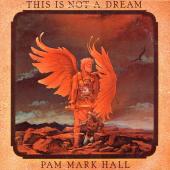 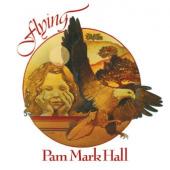 Pam Mark Hall is listed in the credits for the following albums: 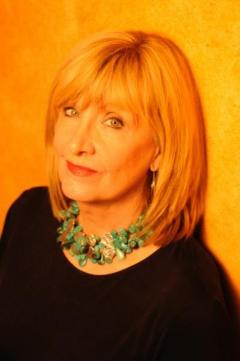 Pam Mark Hall (born Pamela Ann Mark, San Bernardino, California) is a Christian singer, songwriter, musician and producer. Cutting her musical teeth on the renaissance explosion of pop, folk, and rock in the 1960’s, Pam Mark Hall (PMH) began playing piano at age 6. By age 9, she was playing guitar, writing songs and performing as a soloist. She formed her first group at age 12, The Chantells, a trio of female vocalists who sang pop girl group songs and a few PMH originals. By age 13, Pam had formed a folk group, The Town Folk Singers, with Vicki Stringfellow, Dave Richter, and Andy Wade. They won several local and regional competitions. At 14, she helped form a local chapter of the world-renowned vocalist organization, Up With People, in her hometown of Oroville, California. Then in 1967, PMH traveled with a national cast of Up With People, performing in a trio with motion picture star, Glenn Close. In 1968, as a varsity cheerleader, she performed a song she wrote for her mother for hundreds of attendees at a cheerleading camp. The response was overwhelmingly positive and the experience helped launch Pam Mark Hall’s solo career.

From 1969 to 1973, Pam attended American River Junior College and Sacramento State University while playing and singing at rallies, coffee houses, and underground FM radio stations. She worked during summers at a retreat in Southern CA called Forest Home Conference Center. In addition to working in the bookstore or as a lifeguard, she performed most evenings for the collegiate conferees during the years, 1972-1973. After graduating from college in 1973, PMH worked on staff at Hollywood Presbyterian Church as a liaison between youth outreach program, The Salt Company, and Hollywood High School. During 1974 and 1975, she was an intern at Discovery Arts Guild (an extension of Peninsula Bible Church) in Palo Alto, CA with singer-songwriter, John Fischer.

In 1987, Pam began a lengthy hiatus from the CCM scene as she recovered from disruptive life events. In 1995 her return to music performance brought with it a more expansive scope. Pam’s writing, performing, and production skills have always covered a broad spectrum of styles, ranging from bluesy folk, rock, pop, classical, jazz, gospel and country. Now transcending the new folk approach, yet continuing to echo her acoustic roots, Pam’s most recent release, PALER SHADE, is deep, impressionistic innovation. PALER SHADE was produced by veteran blues/rock writer/artist/producer Dave Perkins, who captured Pam’s vocals as well as her solo performances on guitar or keyboard and then wove the rest of the tracks around them like a tapestry.

From 1990-1998, in addition to songwriting, recording, singing on national jingles and performing at intimate venues such as Nashville’s BlueBird Café, Pam worked on the staffs of the Salvation Army and the Tennessee Coalition Against Domestic Violence. She produced cause-related programs that integrated charitable and social concerns, business and music. As an advertising executive from 1999 - 2009 Pam produced the event “Healing Hands at Steinway” in 2008, where a number of physicians, who are also exceptional musicians, performed. The event was a great success, benefiting the W. O. Smith Nashville Community Music School who make quality music instruction available to talented, interested and deserving children from low-income families for a nominal fee of 50 cents per lesson.

In 2013, Pam Mark Hall relocated from Nashville to northern California to be near her aging parents. Currently, she most often performs in house-concerts and other intimate venues. In June 2015, she and legendary Noel Paul Stookey (of Peter, Paul and Mary) recently reunited for a private concert event in Auburn, CA.