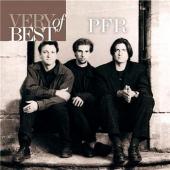 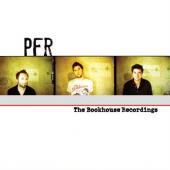 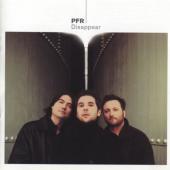 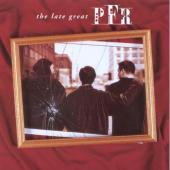 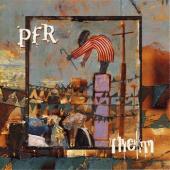 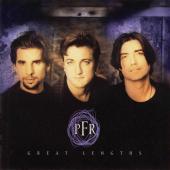 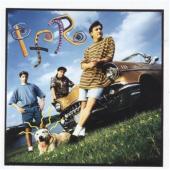 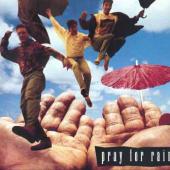 PFR is listed in the credits for the following albums: 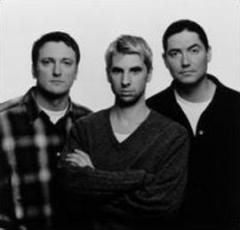 PFR (aka Pray For Rain) was an influential Christian music group in the mid 1990s. Although the group disbanded in 1997, they reunited in 2000 and have since recorded two albums, and they continue to play together.

PFR was founded in 1989 as the Joel Hanson Band by Joel Hanson, who was a camp counselor at Camp Shamineau, a Christian youth camp in Minnesota. In 1991, the band, now known as Inside Out, was signed to Brown Bannister's newly founded Vireo Records. After signing, Patrick Andrew suggested the band change the name to "Pray For Rain" after a line from a poem. In 1992, the band released Pray For Rain, and gained some attention with the song "Do You Want to Know Love". Shortly after releasing the first album, an existing band (an instrumental group who did soundtrack work) known as Pray for Rain threatened a lawsuit, leading the band to settle on the name PFR. The first album was reissued with a slightly modified cover to reflect the change.

In 1993, PFR released their second album, Goldie's Last Day, whose title track was inspired by the passing of Patrick Andrew's pet golden retriever. Also that year, the band recorded a cover of "We Can Work It Out" by The Beatles with guitar legend Phil Keaggy for the various artists tribute CD Come Together: America Salutes The Beatles. Rumor has it that someone submitted the wrong mix to the label, and the released version unintentionally omits guitar solos by both Joel Hanson and Phil Keaggy. A mix with the guitar solos has never surfaced.

PFR released their third album, Great Lengths in 1994. The album had the band's biggest hit, "The Love I Know", inspired by I Corinthians 13. The Great Lengths tour introduced a new band, Jars of Clay, who would become one of the most popular Christian groups to date, also enjoying great mainstream success.

Having changed musical direction with each album, PFR moved into an edgier, heavy sound for 1996's Them. While the album was well-received, the band shortly afterward announced that they were splitting up. In 1997, The Late Great PFR was released, a greatest hits album containing three new songs, with one ("Forever") becoming a Christian radio hit.

Over the next 5 years, the band reunited for an occasional benefit concert. In 2000, when Mark Nash was working as the A & R director of Squint Records, the band returned to the studio to contribute to Steve Taylor's Roaring Lambs project, inspired by the book by Bob Briner. Working on the project inspired the band to sign to Taylor's Squint Records, and record 2001's Disappear. The album did not gain much exposure, however, due to Squint Records selling to another company, which also displaced artists such as Chevelle and Sixpence None the Richer. Another casualty of the Squint shakeup was the PFR cover of Paul McCartney's "Wonderful Christmastime" recorded for a 2001 Squint Christmas compilation that was never released. In 2002, PFR recorded a cover of "Livin' Thing", originally by Electric Light Orchestra.

PFR returned in 2004 with a new full-length release, The Bookhouse Recordings, an album chiefly consisting of PFR classics rearranged, plus three new songs. The Bookhouse Recordings was recorded in one week at the end of August 2004 in Nashville, TN at Mark Nash's studio. This was the first album wholly produced by the band alone, and features the song "Prayer For Beslan," a song mourning the terrorist attacks on a Russian school the same week the band was recording. The Bookhouse Recordings was released exclusively through Family Christian stores, and was on the FUSEIC label started by Rick Altizer. Altizer now fronts the band Dum Dog Run with Jade Hanson, Joel Hanson's older brother.

Joel Hanson released three solo albums, Broken (2001), Captured (2002) and What If It Is (2009). Patrick Andrew formed Eager following the 1997 break-up of PFR, and was signed to Questar Mission Records, releasing a self-titled album in 1998, before Eager also disbanded. In 2004, Patrick Andrew released his first solo album, There and Then It's Gone.

Joel worked as a publishing hour staff songwriter and now works at the Church of the Open Door in Minneapolis.

Mark worked for Squint Entertainment before it disbanded. He is currently a producer and engineer in Nashville. 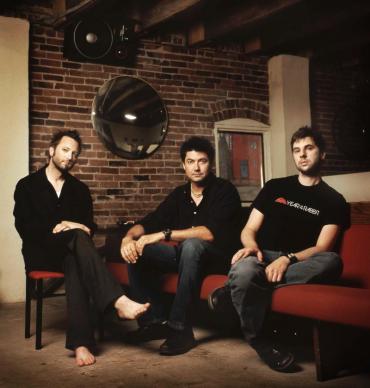