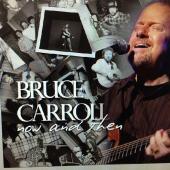 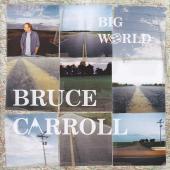 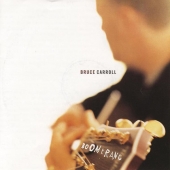 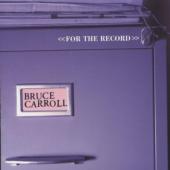 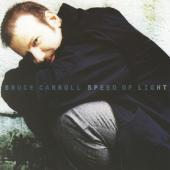 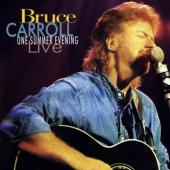 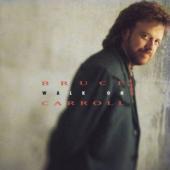 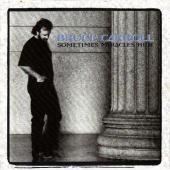 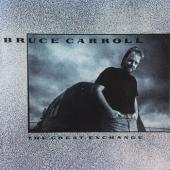 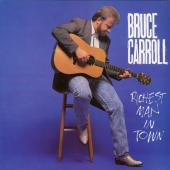 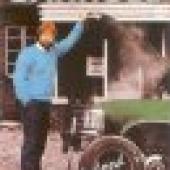 Bruce Carroll is listed in the credits for the following albums: 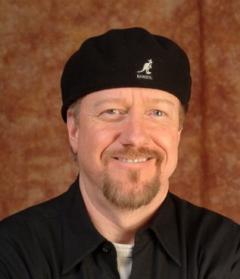 It should surprise no one that Bruce Carroll finds himself today in a better place spiritually and musically than ever before.

Although the world may point to his Multi Dove and Grammy awards, 11 No. 1 hits as well as numerous other awards, and say you have arrived, Bruce doesn't see it that way. For him, the musical journey is just beginning, and every day it takes a fresh turn.

"There's more maturity in my faith, life, and production. I'm playing and singing better having learned a lot along the way," he says. He adds there's much more than the awards and told you've hit a home run.

In many ways, this Award-Winning Singer/Songwriter/Author has come full circle. From his first public performances as a 12-year old in a trio with his older brother and sister, all the way through his many prestigious awards, Bruce's musical path has been fruitful, if not always straight. He began his career inspired as a kid by the harmonies and convictions of Peter, Paul and Mary, Bob Dylan, the folk movement, and eventually the Beatles. He pursued his dream of being a professional musician through the bars and supper clubs across Texas and beyond.

Bruce's music defies narrow description beyond great. His early folk inspiration, years on the Texas scene, an affinity for pop music and a love for every genre of music, weave in and out of his composing. Always, it is original, inspired, and able to strike deep chords with his listeners. It deals with real issues through real insight.

He continues to write, record, and perform new music from his home base in TN. He has authored a best-selling, award-winning Christian book, Sometimes Miracles Hide. He and his wife Nikki are currently working on their memoirs.

After years on the road, this family man has also added to his resume a dynamic music ministry at Hope Church, one of the fastest-growing churches in America. His music is no small part of that success.

"I used to be an unchurched guy. I know how uncomfortable church can be when you're feeling like you don't belong." I feel right at home when I can get up on the platform of a Church, no matter the size, and lead them in Worship.

That sensitivity and a feeling of inclusiveness flow through his music. Touching on what we all experience grounds it.

Even though Bruce cut back on the heavy touring schedule he kept for many years, when he is not leading worship at his own church, he is doing concerts, worship conferences and workshops all over the world.

Bruce also travels with his wife Nikki on occasion in order to speak about relationships together. They are a dynamic team when teaching Marriage Seminars; Conferences: Skillfully demonstrating through the principles laid out in God's Word, "How to redeem fractured relationships." God has used them to help both the single and married people navigate problem relations as well as what the world calls irreconcilable differences in their broken relationships as they believe there is hope for the brokenhearted. Bruce and Nikki focus on finding true freedom from behavior like the blame game, playing the victim, bondage from abuse, and breaking the cycle of victim mentality in a clear, refreshing biblical way. They have passed the 30-year mark in their marriage and are going strong. Bruce and Nikki have a close family with several grandchildren.

His latest studio release since Big World in 2005 is currently in production. Still going strong, Carroll is writing, recording, producing, and performing music with a fresh insight for today-Carroll believes in keeping his music current. Bruce never forgets who brought him to the party. I guess that’s why you often hear him say, "Life is good."

Bruce served as the Director of Worship and Mentor at Hope Presbyterian Church in Cordova, TN. 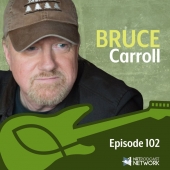 Like most of our conversations, today’s guest got started in music as a child, singing with his family. From these humble beginnings, he went on to sell 2.5 million records and garnered 11 number-one songs. Two Grammy Awards and 7 Dove Awards point to the fact that Bruce Carroll is a talented musician. But what draws me most to Bruce is his heart and passion for Jesus. And I’m looking forward to sharing the story about how a decision to trust God changed his life.