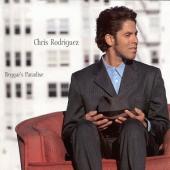 Chris Rodriguez is listed in the credits for the following albums: 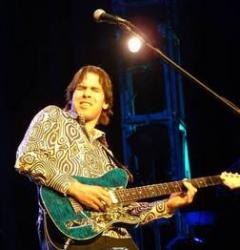 Chris Rodriguez is an American Contemporary Christian musician and singer/songwriter. Rodriguez was born in Bronx New York, and moved to Nashville, becoming a veteran of the scene in the early 1990s. His debut album, Beggar's Paradise, was released by Word Records in 1999, by which time he had collaborated on projects with country and CCM acts such as Amy Grant, Michael W. Smith, Wynonna Judd, and Shania Twain. He continues to work as a session musician with other artists on the Nashville scene, such as Kenny Rogers, Kenny Loggins, Keith Urban, and Lee Ann Womack. Chris is also the brainchild behind the Nashville based band "The Alternators" that features some of Nashville's best session players that interchange as their schedules allow.

He has two children, Nicole and Andre, and a wife.

As of 2010 he was touring with Kenny Loggins as well as LeAnn Rimes.

As of 2011 Chris was working with new artist Jessica Ridley

As of 2012 Chris is playing Rhythm Guitar for Faith Hill

As of summer 2012 Chris is touring with Kelly Clarkson