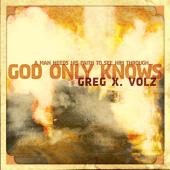 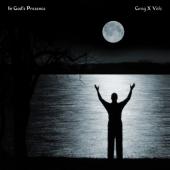 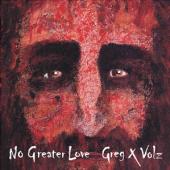 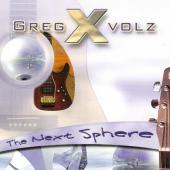 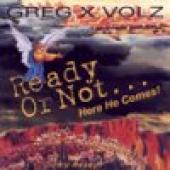 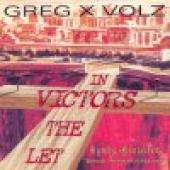 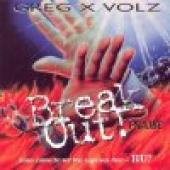 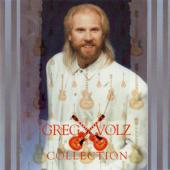 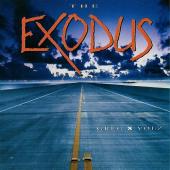 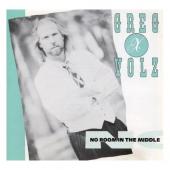 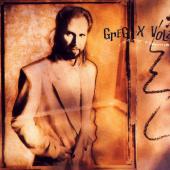 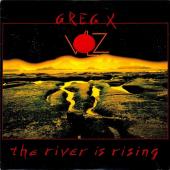 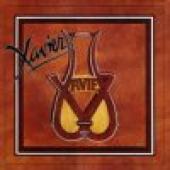 Greg X. Volz is listed in the credits for the following albums: 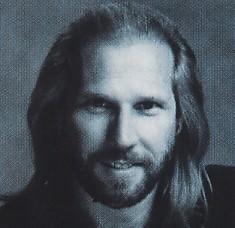 Greg X. Volz has been a member of:

Gregory Xavier Volz is a Christian singer. He is most noted for being the former lead singer of Christian rock band Petra from 1979 to 1985 and is currently the lead vocalist of the reunited lineup.

Volz showed great skills in singing from a very early age. Being a self-taught musician, when he was 13 years old, he started his own band called The Wombats. As he grew up, he went on to share the stage with the likes of Janis Joplin, Chicago and others. He formed a band called Gideon's Bible in Indianapolis. In 1970 he became a born-again Christian. Gideon's Bible name was changed to e Band, which was a part of the Jesus Movement. e's only studio recordings can be found on the rock musical 2LP-album Because I Am released in 1973. Volz married Becky Britton on December 2, 1973, but ended up divorcing in the late 1990s. After e broke up in 1975 Volz moved to Springfield, Missouri, where he worked with legendary guitarist Phil Keaggy. He also performed the lead role in a rock stage musical called Ezekiel.

In 1976, Volz received two of the most important calls of his life. First, he was offered the lead singer position of REO Speedwagon. Due to his Christian faith, Volz declined. Six weeks later, he got the call to participate in Petra's second album, Come and Join Us. Although at that time he participated as a guest singer in just three songs, founder/guitarist Bob Hartman (who, at that time, was sharing the lead-singing duties with co-founder/guitarist Greg Hough) offered Volz the full-time position.

His first full-time album with the band, Washes Whiter Than, came in 1979 and therein came one of the most prolific periods of the legendary band. Never Say Die (1981), More Power To Ya (1982), and Not Of This World (1983) showed Petra perfecting a tight rocking, R&B sound with well-written lyrics containing a Christian theme (courtesy of Bob Hartman). In many ways, Petra sounded like Journey with Gregg Rolie on keyboards (John Slick played a similar role with Petra). Just like Journey achieved incredible success with a new keyboard player (Jonathan Cain) and a new album and sound (Escape), Petra would achieve the same with new keyboard player (John Lawry) and a new album and sound (Beat The System). It was with Beat The System, that Petra reached a zenith. The subsequent tour was one of their most successful. They played 285 dates to 500,000 people overall.

At the Beginning of 1985, Volz was beginning to feel the strain of performing 250-285 dates a year for four consecutive years from 1981-1984. As a result, his family life was suffering and Volz gave a 9 month notice to his band mates that he would be leaving the band at the conclusion of the tour. Volz took a year off to regroup, spend time with his family and write the material that would surface on his very first solo album that would be released towards the end of 1986. Volz released that effort, titled The River is Rising in 1986 under Myrrh Records. He followed it with three other moderately successful albums. During this time, he also toured with Joe English in a band called Pieces of Eight. Volz' tours drew in the 1,000 to 1,500 range during this time - a very respectable number for a Contemporary Christian artist, but nowhere near the level he experienced at the end of his tenure with Petra. In 1995, Volz wrote music for and was featured in the Warren Chaney docudrama, America: A Call to Greatness.

In the mid-90's, Volz decided to retire for some time. Apparently, during this time he was dealing with the divorce from his long-time wife, Becky. He resurfaced in 1998 with a string of new albums released from that year on.

On October 4, 2005 he re-joined Petra for the live recording of their last DVD, Petra Farewell. He joined the stage with current singer John Schlitt for a medley of ballads, and he followed it with a solo rendition of "Grave Robber", which was one of his hits with the band.

Greg has currently been spending time in Nashville with fellow former Petra keyboardist John Lawry in preparation for a brand new rock release scheduled for February 2009, featuring some of Nashville's finest studio musicians as well as former members of SonicFlood.

In early February 2009, Greg released his brand new studio release God Only Knows and established a page on Facebook, a social online community. Later that summer, Greg had a new wife (Pam) and was performing at various functions, including GMA showcases at which he was photographed backstage with his former Petra bandmates Louie Weaver and John Lawry.

In May 2010, Petra's reunited with 1984-85 lineup — guitarist Bob Hartman, vocalist Greg X. Volz, bassist Mark Kelly, keyboardist John Lawry and drummer Louie Weaver. Their newest release Back to the Rock features new material and re-recordings of hits from that era, with a tour in support of the album.

Websites:
GregXVolz.com
Facebook: gregxvolz
Instagram: gregxvolz
Twitter: @greg_x_volz
External links are provided for reference purposes. Christian Music Archive is not responsible for the content of external internet sites.
Created by: siremidor on 26-July-2010 - Last Edited by siremidor on 13-May-2022