JB Baird is listed in the credits for the following albums: 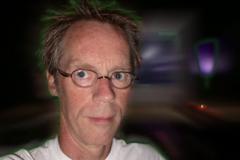 jb grew up as a child of missionary parents in Seoul, Korea. After graduating high school, he played bass in a number of different bands for about six years, as well as worked at a number of jobs which he considers to have been fairly uninteresting. While he was realizing his love for music, he felt he was not a particularly gifted performer, and so he began looking for another venue for his creative expression. That is when he discovered the world of recording engineering.

While living in the Los Angeles area, jb was introduced to veteran recording engineer, Bill Lazerus. Bill had recorded many noteable albums, such as James Taylor's Sweet Baby James, and had worked with a diverse list of artists from The Rolling Stones to Frank Sinatra. Upon learning that Lazerus conducted a program of training in the art of recording, jb was eager to sign up. After completing his training at TTG Studio in Hollywood, and at Evergreen in Burbank, jb headed for Nashville to discover his dream.

Upon arriving in Nashville in 1980, jb immediately began working for Bob Montgomery at House of Gold Music, which at that time was consistently ranked as one of the two most successful music publishing companies in Music City. For two years, jb worked there with numerous talented writers and artists, recording song demos of many songs which later became successful on both the pop and country charts. "Wind Beneath My Wings" is a good example of the many successful songs which jb recorded there, before anyone else.

In 1982, he was hired as a recording engineer by Randy Holland at what was then the newest and most innovative studio in Nashville... Bullet Recording. For the next two years, he worked there honing his craft and building relationships with many top individuals in the world of recording.

Then in April 1984, jb stepped out on his own as an independent. He feels that the years since then have been incredibly rewarding, by allowing him to do something that he loves and is talented at. Although most of his work has been with many of the best known artists in christian music, he is about much more than that. Recently he has been involed in pop projects by both (rock legend) Peter Frampton and Garth Brooks. He says that some of his most memorable moments have come through getting to play a role in many "firsts."

Among those exciting firsts: traveling to Canada in early 1986 to record what turned out to be probably the FIRST alternative project in the christian music field... elim hall's Things Break record. Rich Mullins' FIRST record in 1985 was particularly rewarding, from a creative standpoint. And getting to play any role at all, no matter how small, on a debut album for a singer as talented as Ashley Cleveland was also a career high point for jb. And more recently, he was able to mix half of the FIRST label release by the very talented and critically acclaimed group, Jars of Clay.

jb says that the ultimate pinnacle of his career to this point was another "first." It was his first (and only) completely instrumental recording... Phil Keaggy's incredible Beyond Nature, done in 1990. "Getting to be a part of that record was a definite high, both emotionally and creatively," he says of the opportunity to work with such a talented artist on one of his most absolutely brilliant recordings.

Websites:
Facebook: JB.Baird.9
External links are provided for reference purposes. Christian Music Archive is not responsible for the content of external internet sites.
Created by: admin on 26-July-2010 - Last Edited by admin on 07-January-2016