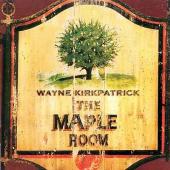 Wayne Kirkpatrick is listed in the credits for the following albums:

Wayne Kirkpatrick has been a member of:

Wayne Kirkpatrick is an American singer/songwriter and musician born in Baton Rouge, Louisiana but now lives in Nashville, Tennessee. He graduated from Baton Rouge Magnet High School in 1979.

At the 24th GMA Dove Awards, Kirkpatrick received the award for Producer of the Year.

In 2005, Kirkpatrick started to produce the country group Little Big Town. The Road to Here came out for Little Big Town. Kirkpatrick has writing credit on 12 of the 13 songs. He has solo writing credits on one song, "Looking For The Reason", with the rest written with him and part/all of the group or with other songwriters. He co-wrote with group members on their highest charting song "Bring It on Home", which made it to #4 on Hot Country 100 songs chart. Kirkpatrick also wrote Little Big Town's 'signature' song, "Boondocks", which they use as the closing song at every show.

In 2007, Little Big Town and Kirkpatrick went back into the studio to make a new record, A Place to Land (Little Big Town album). He co-wrote 12 of the 16 tracks on the Deluxe Edition, including the very first song that Little Big Town sang together called "Love Profound".

In 2010, the newest record from Little Big Town, The Reason Why, was released which Kirkpatrick co-produced. The record debuted at #1, a first for Little Big Town. He co-wrote 7 of the 12 songs with the group, including the hit "Little White Church".

Kirkpatrick has said that Karen Fairchild, Jimi Westbrook, Kimberly Schlapman, and Philip Sweet have made him feel like the 5th member of the band.

In 2000, Kirkpatrick released a solo project entitled The Maple Room that included "Wrapped Up in You", a song that would later become a hit for Garth Brooks, and "My Armageddon", which was originally slated for Brooks' Garth Brooks in ... The Life of Chris Gaines project. Kirkpatrick served as a primary songwriter on that album, along with Gordon Kennedy and Tommy Sims.

Later in 2000, he teamed up with Kennedy and several other songwriters (Gordon Kennedy, Phil Madeira and Billy Sprague) to record Coming From Somewhere Else, which was a CD of their own music that had previously been recorded by other artists, including "Change the World".