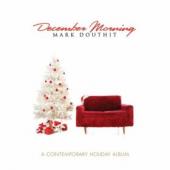 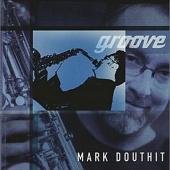 Mark Douthit is listed in the credits for the following albums: 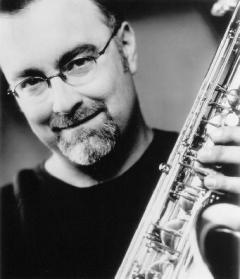 Mark Douthit could very well be the most famous musician that people have never heard of. But the smooth jazz saxophonist, by his own estimation, has played alto, tenor, soprano or baritone sax on upwards of 4,000 albums by some of the top names in pop, R&B and jazz, including Whitney Houston, The Neville Brothers, Elton John, Patti LaBelle, Natalie Cole, The Temptations, Michael McDonald, Billy Preston, Take 6, Donna Summer, Don Henley, Vanessa Williams, Billy Joel, Kirk Whalum, Larry Carlton and dozens more.

Douthit, a Nashville music scene essential when it comes to laying down sax tracks, has found his own Groove as Hillsboro Jazz's first smooth jazz artist. A collection of remakes and originals, Groove reflects Douthit's diversity and inspirations, such as David Sanborn, Michael Brecker, John Coltrane, Charlie Parker, and Cannonball Adderley, while maintaining a cohesive vibe that keeps the album a smooth pleasure. "I try to be very emotional in my playing," explains Douthit, who began his musical quest as a nine-year-old classical pianist, placing second in a statewide competition while still in high school. "The bottom line on this record is: Everything grooves. That's the glue for this project. The diversity is that I cover a lot of different directions, from Earth, Wind & Fire's Can't Hide Love, all the way to one of my originals, Voice of the Heart, which I think is much more organic and anthemic. I wrote that song, which is the first single, after I watched the first news coverage of the bombing of Desert Storm.”

"I didn't pick the remakes on Groove because of the types of musical genres; I picked them because they were incredibly well-written and well-performed," Douthit reveals, "and I wanted an opportunity to do a version of those songs, because they're some of my all-time favorites." Groove also signifies Douthit's premiere as a full-fledged producer, though he's no stranger to the soundboard and other production responsibilities, having helmed segments of compilations in the past. One such producer / performer credit earned Douthit a 1997 Dove Award for The Players in the "Instrumental Record of the Year" category. That same album won a Nammy, the Nashville equivalent to a Grammy.

For Groove, Douthit called all the shots, starting with the line-up of musicians, stating, "They're all first-call session players here in Nashville and are also longstanding friends of mine. To work with them was just like hanging out with all my friends, and doing what it is that we do best making good music."

And similar to Douthit himself, he points out, "They play on an awful lot of records that come out of Nashville.

"I had two different rhythm sections on Groove," Douthit continues. "I mixed and matched to find the best that were suited for each song." Former college roommates and wedding party members these are the bonds that make Groove that much deeper, as each of the very in-demand musicians involved rallied to make some exceptional music with Douthit."

There's a history among all of the players on the album, and hopefully that is something that will really set it apart. It's not assembly line music; there's a lot of heart there, because of the deep friendships involved," Douthit reveals. "There's this really infectious groove that's underlying on all the songs. The musicians on the album tie all of the diversity of the songs together."

While instilling Groove with his distinctive note-for-note identity, Douthit found that making his own record, in contrast to showing up for so many countless others, offered some unique challenges, especially when wearing the producer hat.

"I had to maintain control of a lot of different things simultaneously, instead of just making the music as the artist. I had to really see the whole picture, as it was being recorded. What differentiates this record from all of the other recording experiences that I've had, is that I got to hand-pick the songs and the players, and stylistically be totally honest in my performance."

Groove took only a week to record and an additional four days to mix, which is a testament to Douthit's decisive vision, unwavering focus and production and coordination skills, as well as to the professionalism of the participating musicians.

Douthit notes, "The players are so skilled and their intuition is so dead on. That's the beauty of playing with great musicians and great friends you have to talk about so little. Everybody just knows what the end result should be."

As one might predict of such a prolific musician, Douthit has been a devoted student of jazz and the saxophone, absorbing the theory, practice and art as a student at Middle Tennessee State and the Cincinnati Conservatory, before polishing his chops at the University of Tennessee - Knoxville, under the aegis of legendary jazz educator Jerry Coker.

And along the way, he met his unique musical voice and found his Groove.

Websites:
http://www.MarkDouthit.com
External links are provided for reference purposes. Christian Music Archive is not responsible for the content of external internet sites.
Created by: siremidor on 26-July-2010 - Last Edited by siremidor on 26-December-2019