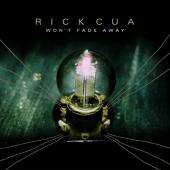 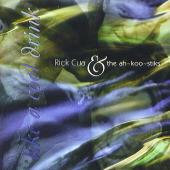 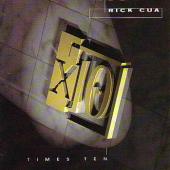 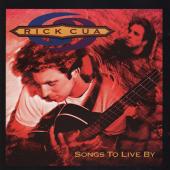 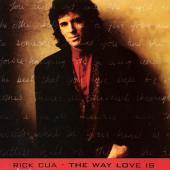 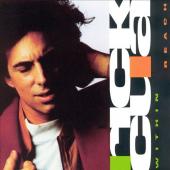 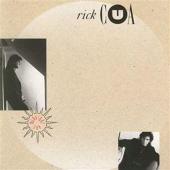 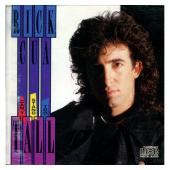 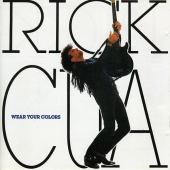 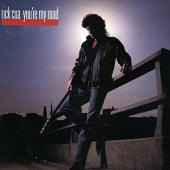 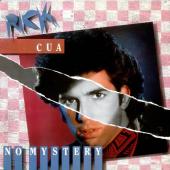 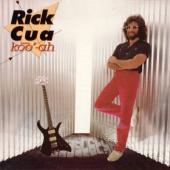 Rick Cua is listed in the credits for the following albums: 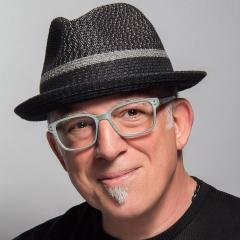 Rick Cua has been a member of:

Rick Cua (born December 3, 1948 in Syracuse, New York) is an American Dove Award and Grammy Award-winning Christian rock singer, songwriter, bassist, author, and ordained minister. He is a former member of the Southern rock band, Outlaws, whom he joined in 1980. He left the band in 1983 to pursue a full-time career in Christian contemporary music. Cua he gained popularity throughout most the 1980s as a leather-jacket-wearing rocker with an arena rock sound featuring big, shout-along choruses. In 1988, he signed with Reunion Records and his works began to take on a softer, more radio-friendly tone that included "sentimental ballads and pop-rock anthems in the style of Michael Bolton." Cua left Reunion in 1992, creating his own label, UCA Records, on which he recorded three studio albums in the 1990s.

Celebrating his 25th year in ministry, Cua released his twelfth album, Won't Fade Away, in 2007. It was his first album in ten years.

In a society that seeks fame and fortune above all, Rick Cua’s simple mission - to share the love of God through music - is a cool drink of water in a dry land. Add to that wide-ranging experience and wisdom gained from over a quarter-century in music ministry and business, along with a gift of encouragement and you have the components of an artist, teacher and speaker with a passion for helping others find their fullness in Christ.

Proverbs 4:7 says “Getting wisdom is the most important thing you can do! And whatever else you do, get good judgment.” (NLT) Rick has spent his life putting that scripture into practice. From his experiences as an artist, minister and music businessman, he has a wealth of knowledge to share; and the act of sharing is what motivates him.

When you read about his extensive experience, it is easy to understand why Rick is such a resource to the church. Having been a member of a successful mainstream rock group, The Outlaws, then continuing for more than 15 years as a Christian recording artist, serving for more than 5 years as an executive of EMI Christian Music Publishing, and 16 years as an ordained minister, gives Rick a rich well to draw from. Currently, Rick focuses his time on front-line ministry, RickCua.com and All For The King Music, all of which speak to his personal mission of sharing the power of God’s Word through music.

“I love to get out and play, I really do. I love teaching. I love talking and teaching about worship and songwriting, and wrapping the Word around all of that. In recent years I have become aware of the fact that I am ministering as a player and as a coach. Not only passing along my experience through mentoring but by modeling it as well.” Rick says.

Rick’s career as a musician has always carried the hallmark of an artist who passionately holds on to his Biblical convictions and communicates uplifting and straightforward messages to his audience. All of his songs are written with the intent to ultimately point to Christ.

“Music is such a motivator. When you put the truth in music, and you hit that emotional nerve, it works,” explains Rick. “I feel called to build people up. My goal is to take the Word and Godly principles and attach it to music that is going to get them pumped up, and want to sing along and want to believe what they are hearing and what they are singing…as an artist, that’s what it’s about.”

To that end, Rick continues to write and record new songs that have been born out of a progressive artistic vision. His involvement in the burgeoning praise and worship community over the years is definitely having an impact.

“A lot of the songs I write have a worship slant; it’s what I’ve done for years. It’s a natural thing. They will be congregational, but will also be energetic and pretty vibey,” Rick says. “Musically, the recordings will rock with appropriate aggression and an uplifting message.”

Originally from Syracuse, New York, Rick’s Italian heritage is apparent in his first instrument—as a young boy, he started on the accordion. He eventually moved on to the piano, trumpet, clarinet, guitar, and eventually settled on the bass—and rock music. Membership in early bands fed his musical obsession, and led to paying gigs by age 14 and an inevitable career choice.

Marrying Diana, his high school sweetheart, at age 21, Rick continued to pursue music, with all the ups and downs that entails. Several years into their marriage, Diana accepted Christ as her Savior and spent the next five years praying for Rick to come to Christ also—and her prayers were answered.

Several years after Rick’s commitment to Christ, he felt lead to leave The Outlaws and commit his music to ministry. Eventually, he would release 11 albums, with six #1 songs and nine Top 5 hits, and a Dove Award nomination. He has performed across the United States and around the world for the better part of his life.

Rick’s 12th and newest CD, “Won’t Fade Away”, celebrates 25 years of music ministry: 1982 – 2007. His latest effort, Blues Counsel, "Let The Healing Begin" was released in November 2009. “If there is one thing I want to be remembered for as an artist and friend, it is as an encourager, a man who always stands on the foundation of God’s word and encourages through the love, support and promises of Christ,” says Rick. “I’m not a hellfire and brimstone guy; it’s just about ‘You can do it, God’s given you the power, and his Grace is the power for you to do what you are called to do. Know who you are in Christ, get out there and do it.’”

Rick is currently on staff at Grace Chapel in Leiper's Fork TN as Pastoral Car Pastor. Rick and Diana, his wife of 41 years, live in Franklin, TN, have 2 daughters, a son-in-law and 2 grandchildren, Niki, Nina, Todd & Luke.

Rick Cua took a hiatus from recording in 1998 and went to work as Vice President of the Creative Department at EMI Christian Music Publishing, where he stayed until 2003. Following that executive stint, Cua became focused on managing his own two companies: Rick Cua Entertainment, which manages artists and works in music publishing, film and TV licensing; and All For The King Music, offering coaching and inspiration to lay musicians through workshops and free electronic delivery of original worship music.

In December 2007, Rick joined the staff of Grace Chapel in Franklin, TN. He is responsible for Pastoral Care and Visitation. 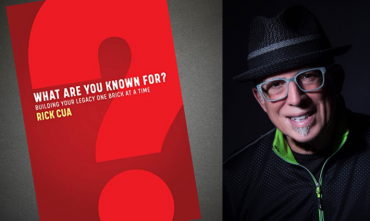 NASHVILLE, Tenn. - Author, speaker, teacher, pastor, and Dove Award-nominated recording artist Rick Cua has unveiled his second book, What Are You Known For?, from All for the King Media.