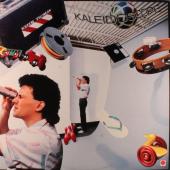 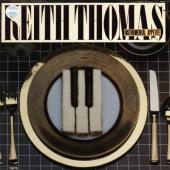 Keith Thomas is listed in the credits for the following albums: 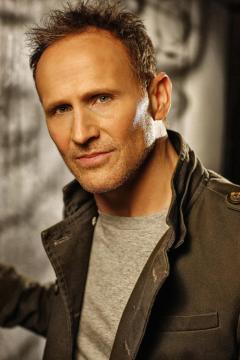 Keith Thomas, born and raised in the Atlanta suburb of Conyers, Georgia, is a Grammy Award-winning producer and songwriter with 40 #1 Billboard hits. His production and artist management company, Levosia Entertainment, is currently in Nashvile,Tennessee.

Born and raised in the Atlanta suburb of Conyers, GA., Keith was singing lead for his father's gospel group by the age of nine. His ability as a keyboard player led him, while still in High School, to recording sessions in Atlanta studios. Here he came to the attention of country superstar Ronnie Milsap.

Milsap moved Keith and his wife, Denise, to Nashville for Keith to become a staff writer at Milsap's publishing company, Ronjoy Music. Shortly thereafter, Keith signed on with Word Records and began a seven-year tenure as their staff writer and producer. During this time, Keith produced over 16 albums for various artists earning over 20 #1 singles.

Encouraged by this success, Keith left Word and founded his own publishing and production company, Yellow Elephant Music, and began writing and producing music for BeBe & CeCe Winans. During their four album collaboration, the three sold over 3 million albums and had nine top 30 singles, six of which went top 10 and two of which went #1. As a result of this relationship, BeBe & CeCe earned four Grammy awards, an additional Grammy nomination, and five Dove awards.

In 1991, Keith crossed over into the world of mainstream pop when he partnered with longtime friend Amy Grant to garner their first #1, Top 40 hit, "Baby Baby." At the same time, Keith focused his talents on former Miss America, soon to become international pop and movie star, Vanessa Williams. He wrote and produced five tracks on her Comfort Zone album including the #1 hit, "Save the Best for Last." These two #1 songs with Grant and Williams earned Keith Grammy nominations for Producer of the Year, Song of the Year, and Record of the Year.

Responding to the momentum created by this success, Keith acquired The Bennett House recording complex in Franklin, TN. Twenty minutes from downtown Nashville, The Bennett House not only accommodates Keith's personal project studio and administrative offices but also offers outside clients a 19th century recording environment that is unique in the Nashville music scene.

Christening the move into The Bennett House, Keith turned his attention again to Amy Grant by writing and producing for her House of Love album. This album boasted several hits for Keith including the songs, "Lucky One," and the title track, "House of Love." Keith produced the song "The Sweetest Days" for Vanessa Williams as well as records for James Ingram, Peabo Bryson, Deborah Cox, Regina Belle and Wendy Moten. In 1995, Keith wrote and produced the hit song, "I Could Fall In Love," for Selena and also produced Vanessa Williams' Academy Award winning single, "Colors of the Wind," for the multi-platinum selling motion picture soundtrack, Pocahontas.

In 1997, Keith completed tracks for Amy Grant's next album, Behind The Eyes and Vanessa Williams' follow up album, Next. He also produced records for Michael Bolton, Luther Vandross, Brian McKnight, Tamia and Puff Johnson.

In early 1998, Keith produced several songs for Vanessa Williams and Jon Secada for the movie, Dance with Me. He also produced the track, "I Do (Cherish You)," for 98°'s multi-platinum album on Universal Records, 98° and Rising. The song was also featured in the Julia Roberts/Hugh Grant romantic comedy, Notting Hill. In Addition, Keith was nominated for a Grammy for Producer of the Year for the 1998 Grammy awards.

In late 1998, Keith served as the principle Producer and co-Executive Producer for the multi-artist Touched By An Angel album featuring songs inspired by the popular television series. On this project, Keith worked with Deana Carter, Amy Grant, Faith Hill, Uncle Sam and Wynonna.

Early in 1999, Keith produced the track "Precious Wings" on MJJ artist Tatyana Ali for the Sesame Street movie, Elmo in Grouchland. During that year he also produced tracks for Yolanda Adams, Wild Orchid and Vanessa Williams. Keith also produced the song, "You're Where I Belong," for Trisha Yearwood for the movie, Stuart Little.

In early 2000, Keith wrote and produced the hit song, "I Wanna Be With You," for Mandy Moore. The song was featured in the Columbia Pictures film, Center Stage. 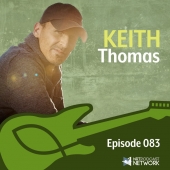 Every week I open our podcast conversation by saying that we are talking with people listed on the pages of the Christian Music Archive. Most of the time that means I’m talking to a singer or performer. But today, we will jump into the control booth and chat with Keith Thomas. Keith has production and songwriting credits on albums from artists like BeBe and CeCe Winans, Amy Grant, Kathy Troccoli, and mainstream acts like Vanessa Williams, 98 degrees, and Jessica Simpson. This is going to be a fun look behind the scenes in music!