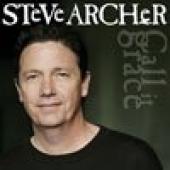 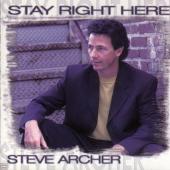 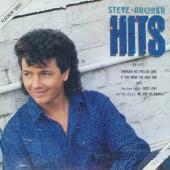 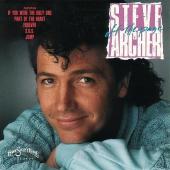 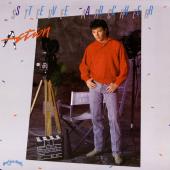 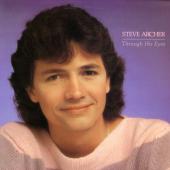 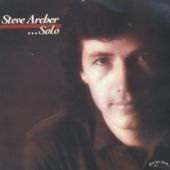 Steve Archer is listed in the credits for the following albums:

Steve Archer has been a member of:

Born Steven Mark Archer in Mojave, California, USA, the son of an Assemblies of God pastor, he began singing with his brother, Tim Archer in their father's church in the northern San Joaquin Valley of California at age nine. They eventually branched out to other churches in and around the San Francisco Bay Area. Throughout the 1960s they toured with older brother, Gary Archer, as The Archer Brothers. In 1970, Tim and Steve formed The Archers with Nancye Short and Billy Rush Masters in Southern California. They recorded and toured internationally from the 1970s through the early 1990s. Younger sister Janice replaced Short in 1997; Masters also left the band at this time. That year their album Fresh Surrender was nominated for a GMA Dove Award. They appeared at the Jimmy Carter White House in 1978 and on the Grammy Awards telecast twice, in 1981 and 1982 winning the Grammy Award for Best Gospel Performance, Contemporary or Inspirational and nominated for Best Gospel Performance respectively. The group suspended recording in 1985, and performed only on a limited schedule until 1991, when they re-entered the studio for a final project, Colors Of Your Love. They toured until 1993 when they permanently disbanded.

Over the course of his career, Archer became recognized for his standout blue-eyed-soul performances, as well as his soft MOR ballads. In 1982, while still performing with The Archers, he signed with Chris Christian's Home Sweet Home Records, and launched a solo career, releasing his first album, Solo. After The Archers relaxed their touring schedule in 1985, he expanded his solo work, recording and touring nationally. Throughout the decades of the late-1970s and '80s, first with The Archers and subsequently solo, he was a regular guest vocalist on The Hour of Power television broadcast.

In 1983, he released Through His Eyes Of Love and the album went to #1 on the Contemporary Christian charts. In support, he taped the first known contemporary Christian video, which was shown on television broadcasts nationwide. He appeared in 1985 on the We Are His Hands LP with various artists. In 1985, he recorded a duet with Fifth Dimension and Solid Gold star, Marilyn McCoo, for his Action album. The resulting single "Safe" quickly went to #2 on the national charts and was voted CCM Magazine’s #4 Song of The Year. Now performing about 200 dates-a-year, he was at the height of his solo career. In 1987, his next album, Off The Page, riding on the momentum of the previous album, gave him the Number One single, "If You Were The Only One". Home Sweet Home released a compilation album in 1988, entitled Hits which included his most popular tracks to that time. He joined with Tim and Janice in 1991, to record a final Archers album, Colors Of Your Love, while still performing independently. The group toured in support until 1993, when they permanently disbanded.

Archer continued to tour in a reduced capacity and suspended recording, moving to Texas to spend more time with his family. Again, in 1994, his label released another compilation, Contemporary Christian Gold and he appeared on the holiday album, Gift Of Love: A Christian Christmas Celebration with various other artists. In 1998, for the first time in five years, Archer returned to the studio for his Stay Right Here project, this time on the new, Kle-Toi label. The album received consistent national airplay with airplay hits, "Back On My Feet" and "Stay Right Here". He appeared on a number of Christian telecasts, including Life Today with James Robison. Archer is an ASCAP songwriter and throughout his career, has penned much of his own material, both for The Archers (including the 1979 hit, Stand Up!), and his solo recordings. In the late-90s, his management continued to book him in up to 150 dates annually in some of America’s best Christian venues. Although he did continue to ramp back on engagements, he toured at more than 100 dates-a-year into 2004, without the strength of a record. He re-entered the studio in 2005, for his most recent project to date, Call It Grace, which included several favorites previously recorded with The Archers (including Billy Rush Masters' 1977 hit, "Fresh Surrender") as well as new material. He continues to tour maintaining one of the most enduring careers in Contemporary Christian music.

Steve Archer lives in the Dallas-Fort Worth Metroplex. He has four children, Vanessa, Brandon, Natalie and Stephanie.

Websites:
Facebook: Steve-ArcherThe-Archers
Twitter: @sngrSteveArcher
External links are provided for reference purposes. Christian Music Archive is not responsible for the content of external internet sites.
Created by: siremidor on 26-July-2010 - Last Edited by siremidor on 04-July-2020