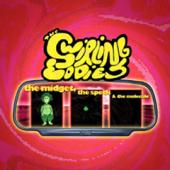 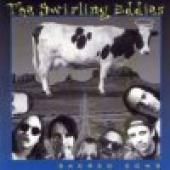 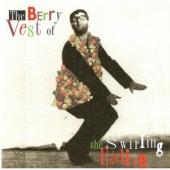 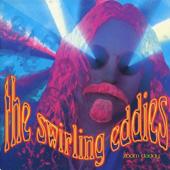 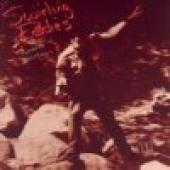 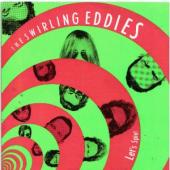 The Swirling Eddies showcases the comical side of Terry Scott Taylor who with most of his Daniel Amos bandmates formed the band. They adopted pseudonyms for names and wrote music that fused the wacky with an art/rock psychedelia.

For each Swirling Eddies release, band members adopted pseudonyms for the liner notes; "Camarillo Eddy" (Terry Scott Taylor), "Berger Roy Al" (Tim Chandler), "Gene Pool" (Greg Flesch), "Arthur Fhardy" (Rob Watson), "Spot" (Jerry Chamberlain), and "Hort Elvison" (David Raven). These pseudonyms were dropped for their third album, "Zoom Daddy". Over the years new Eddies appeared on the bands albums including "Prickly Disco" (Gene Eugene), Picky Swelly, Newt York Newt York, Derry Air, and Judy Ism. "Guest Eddies," a term used for musicians that contributed musically to one of the bands projects also made appearances on nearly every album. The list of "Guest Eddies" includes Buckeye Jazzbo, Miracle Babe, Mary Baker Eddy, Jeb McSwaggart, Mike Roe, and Eddie DeGarmo. As early as 1991, Taylor saw the Eddies as an ever-evolving and ever-growing family of like minded musicians. At that time, in an interview with Harvest Rock Syndicate, Taylor explained that the plan was to "(open) the Eddies up to even more artists, sort of make the Eddies this conglomerate of different people that I've always wanted to work with, and have a lot of song-writing teams involved and different lead singers. Just make it this mass of people, that sort of fluctuates and changes."

The band released its debut album on Alarma Records in 1988 entitled Let's Spin!. Outdoor Elvis, released in 1989, featured the band's first two radio singles, "Driving in England" and "Hide the Beer, the Pastor's Here!". The title track included lines such as: "It's said he croons when the moon's above, singing tenderly 'Hunk of Burning Love.'" The band's documentary video, Spittle and Phlegm was released the following year.

The Eddies' stage shows are rare and unusual, to say the least. Since the band was formed in the late 1980s, they have only performed about six or seven live concerts. In 1990, the band performed at The Cornerstone Festival in drag, belting out covers like "I Am Woman, Hear Me Roar", The Animals' "We've Got To Get Out Of This Place", The Beatles' "I Want to Hold Your Hand", and Louis Armstrong's "What a Wonderful World".

In 2004, the band began to work on their first album of original, new material in ten years entitled The Midget, the Speck and the Molecule. The first new song to surface, a rough mix of "Giants in the Land," was made available in March 2007 exclusively to people that preordered the album before it was finished. The recording sessions ended in May 2007 and the album was released on July 23, 2007.

Websites:
http://www.danielamos.com/swirly.html
External links are provided for reference purposes. Christian Music Archive is not responsible for the content of external internet sites.
Created by: Yianni D on 26-July-2010 - Last Edited by siremidor on 17-October-2020