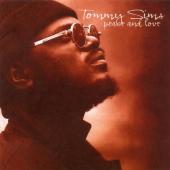 Tommy Sims is listed in the credits for the following albums: 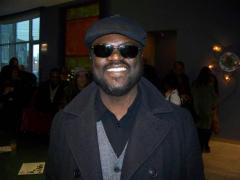 Tommy Sims has been a member of:

Tommy Sims is a renowned bassist, songwriter, record producer and bandleader. From 1987 to 1989 he was the bassist of the popular Christian rock band White Heart which he left to become a studio musician and producer. During 1992-1993, he played bass on the Bruce Springsteen and the "Other Band" Tour. He is also a songwriter, who co-wrote Eric Clapton's "Change the World" which won the Grammy Award for Song of the Year in 1997. Other songs of his have been recorded by Bonnie Raitt, Susan Tedeschi, Garth Brooks, Cher, BlackStreet, Toni Braxton and BabyFace among others. Tommy has also worked with Michael Bolton, Amy Grant, Kelly Clarkson, CeCe Winans, Israel, The Neville Brothers, Michelle Williams of Destiny's Child, and others.

In addition to writing and producing, Sims also released a solo album in August 2000 entitled Peace and Love. A song from this release, "It Don't Matter to the Sun", was featured on the soundtrack of the hit television drama Grey's Anatomy. Sims' film contributions include Bruce Springsteen's recording "Streets of Philadelphia" which appeared in the Tom Hanks film Philadelphia, widely regarded as the first major film to deal openly with subject of AIDS and gay rights. The film and the song also went on to be heavy recognized at the following year's Academy Awards garnering several "Oscars" including the Best Song trophy. Sims' "Change The World" was also featured in John Travolta's film Phenomenon and while winning the Grammy Award for Song Of The Year was rendered ineligible for nomination at that year's Academy Awards because of its prior release by Wynonna Judd. Sims has gone on to have his songs featured in several other blockbuster films including Kevin Costner's For Love Of The Game and Natalie Portman and Ashley Judd's Where The Heart Is.

Sims grew up in Chicago and Cassopolis, Michigan. He graduated from Cassopolis Ross Beatty High School in 1983. He currently resides In Brentwood, Tennessee and is active in the Nashville music scene.