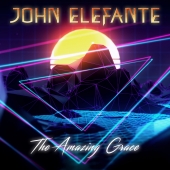 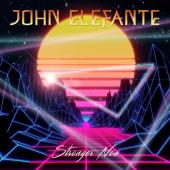 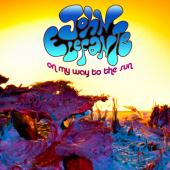 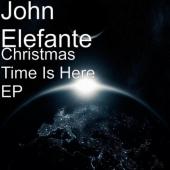 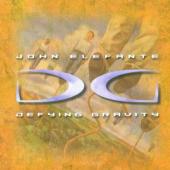 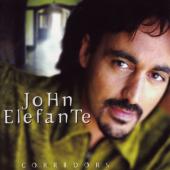 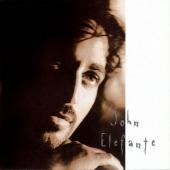 John Elefante is listed in the credits for the following albums: 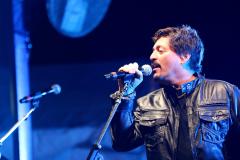 John Elefante is an American singer, songwriter, performer and producer.

Born in Levittown, New York, his family soon moved to Long Beach, California. Growing up, he sang and performed drums for his family band, the Brotherhood. As an artist, his credits include writing and singing lead vocals on three multi-platinum albums; as producer, his albums have earned numerous GMA Music Awards, 4 Grammy Awards (most recently in 2000) and 10 Grammy nominations. He has maintained a close working relationship with his brother, Dino, throughout his career.

His career began in earnest when a young John Elefante auditioned as the new lead singer and keyboardist for Kansas, in 1981. That year, the band was the top-grossing concert act in the world and John had never been in a band apart from his family. Although several of the top vocalists of the day applied for the job (e.g. Sammy Hagar, Doug Pinnick, Jim Stafford), John received the part.

John sang the lead vocals and performed keyboards on three (multi) Platinum albums with Kansas. He was also a major songwriting contributor (along with lead guitarist/keyboardist/songwriter Kerry Livgren). On 1982's Vinyl Confessions, he co-wrote and sang the #4 Billboard Mainstream Rock hit, "Play the Game Tonight". He also wrote the acoustic-based classic "Chasing Shadows", along with the Top 40 single, "Right Away". The next year, on the following album, Drastic Measures, he wrote the early MTV favorite, "Fight Fire with Fire", which remains the band's highest charting single at #3 (Mainstream Rock) as well as a staple of Kansas' live shows to this day. John was also responsible for "Everybody's My Friend," which was released as the second single from the album and reached #34 on the Billboard Mainstream Rock chart.

Around this time the band began to buckle under the increasing strain of maintaining the consistent radio hits and record company commercial expectations. In addition, contemporary pop music was quickly becoming antithetical to the band's organic, sophisticated aesthetic. A new age of sequenced synthesizers and drum machines confronted Kansas with the near-impossible challenge of maintaining their musical essence and commercial integrity. In 1984, on the retrospective collection The Best of Kansas, John wrote the album's one new track, "Perfect Lover". That same year John, Kerry Livgren, and Dave Hope left Kansas.

John discovered another calling while still with Kansas-producer. In 1984, he produced Perfect Timing for ground-breaking Southern California group, Sweet Comfort Band. While not a major commercial success, his next album told a different story, with a Christian-oriented band that got its start in 1972. Petra’s Back to the Street was a Grammy-nominated, breakthrough commercial success for both John and the band. He also contributed songwriting, keyboards, background vocals and engineering to the effort.

With John and Dino as the band’s primary producers, Petra went on to become one of the most popular bands in the genre. Their accolades include multiple gold and platinum albums, 10 consecutive CCM Magazine Reader’s Choice Awards, induction into the Gospel Music Hall of Fame and Hard Rock Cafe, and the only artist to ever have 4 albums in the SoundScan top-100 Christian chart.

In 1987 while producing a various artists album called California Metal, the albums production team of John and Dino Elefante ended up one track short and they decided to add a song written for Kansas called "Wasn't It Love" (originally entitled "What About Love") under the name Mastedon. Regency later requested a full length album which became Mastedon's debut It's A Jungle Out There.

Closing out the decade, John had produced five major label albums, and performed on 12. Over the next five years, John worked at an almost frenetic pace as one of the most in-demand producers in Nashville. In addition to Petra's further releases, he worked as the producer on 30 other albums. He usually performed on the releases as well, often sharing songwriting credits, as well. Elefante was committed to his role as producer, eschewing other opportunities such as an offer to replace Bobby Kimball as lead singer for Grammy winners, Toto.

John began focusing on heavier music in the early 1990s. Among many notable albums was the Guardian release, Fire and Love, which was played in regular rotation on MTV. Elefante also felt the songwriting muse, and formed a metal band with his brother, Mastedon. The band's name was a pachyderm-inspired reference to the brothers' last name. Although John was an accomplished vocalist and performer, the Mastedon albums featured multiple lead singers and performances by other artists, creating an eclectic sound anchored by John’s songwriting. His brother Dino played a prominent role, contributing songwriting and handling most of the guitar work.

Mastedon's first release was titled It’s a Jungle Out There! (1989). A year later, the band released Lofcaudio. This album continued the guest performance theme, though John sang more of the lead vocals. Unfortunately, John and Dino’s production schedule preempted any touring to commercially support the album (though the band did appear at least one Christian rock festival, Cornerstone, in 1991). Even so, the albums charted at #25 and #10, respectively. To this day, they are considered classics in the genre.

John and Dino formed their own record label, Pakaderm. Most of the music they produced on in the next 10 years was released on it. With major distribution through Word Records and A&M Records, Pakaderm became an important element in the brothers’ success. Their label afforded them and their artists significant creative control, while still benefiting from major label resources.

Given their intense recording schedules, John and Dino decided to build their own recording studio in Nashville. They broke ground on the 28,000-square-foot Sound Kitchen in 1993. In addition to their own productions, the brothers planned to rent time in the studio to other artists and producers. Nashville certainly had no shortage of excellent recording studios, though, and it remained to be seen if the Kitchen would be booked.

Throughout the later half of 1990s, Elefante continued his breakneck pace as producer, and now record label chief. He decided it was also time to begin a solo career. John released two critically acclaimed and commercially successful solo albums: Windows of Heaven (1995) and Corridors (1997).

Meanwhile, the Sound Kitchen was taking on a life of its own. Under the brothers’ management, the studio was quickly establishing itself as one of Nashville’s most popular. Artists such as Bruce Springsteen, Faith Hill and Tim McGraw, and Buddy Guy had recorded there. The complex was soon expanded to 80,000 square feet.

Elefante was hired by Pamplin Records in 1998, working with Dino to generate artist development. This period saw the release of an astounding 32 albums with John at the helm, most of which feature him as arranger and performer, as well. The styles ranged from rock to gospel; pop to metal.

In 1999, Elefante released his most popular solo effort, Defying Gravity. It spawned several hit singles and mainstream music videos. John geared up for a 25-date solo tour to promote the album. Tragically, however, he was badly injured in an accident before the first concert, and had to cancel the tour.

John rebounded, beginning the new millennium with the production of Petra’s Grammy award-winning album, Double Take. He continued at Pamplin, producing 20 more albums for them in just three years. Simultaneously, he and Dino continued their role managing the Sound Kitchen, which continued to grow in size and popularity.

The new year also saw Elefante’s schedule becoming too hectic, however. Success was taking away too much time from his family. In 2002, he left Pamplin after a string of successful albums, including the debut for (now) mega-artist Natalie Grant.

John started a new major-distributed label with his brother in 2003, Selectric Records. Having their own label again allowed John to set his own pace for production. Along with co-managing the label with his brother, he produced 10 albums over the next three years. As a singer, he recorded with artists ranging from Pat Boone to Bono.

In late 2006, John took this opportunity to consider something he had never done in his career: catch his breath. Even with his reduced schedule, he needed a break. The brothers closed the label, and John could finally take some time away from the industry. This proved more challenging than expected, and despite his best intentions, he served as producer on three albums in 2007.

At the dawn of 2008, Elefante has produced and/or performed on more than 100 major-label albums. The Elefante brotherhood had endured, and the two brothers had together achieved considerable artistic and commercial success. Elefante realized, though, that he was still a songwriter at heart. John has now finished a new album, in a contemporary style that also hearkens back to the best of Mastedon, his Kansas work, and solo albums. 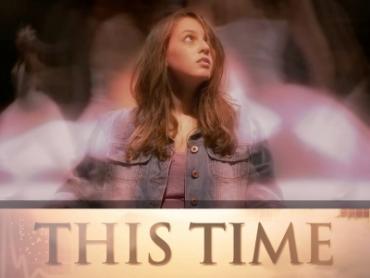 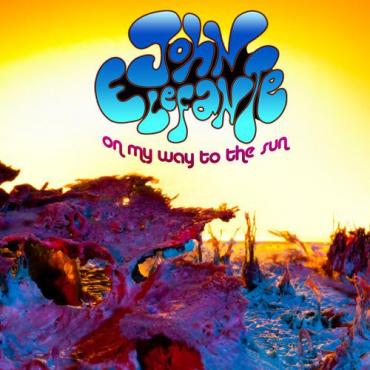 NASHVILLE, Tennessee - John Elefante is back with a new solo album, titled On My Way to the Sun. Produced by Elefante, the 10-track album is due May 7th from Kingheir Music, Elevate Entertainment and Syntax Distribution.