Vince Gill is listed in the credits for the following albums:

NASHVILLE, TN -- When the holiday season comes around, music superstars Amy Grant and Vince Gill will embark on their sixth Christmas tour. The Twelve Days Of Christmas – Amy Grant & Vince Gill kicks off Dec. 7 in Baltimore, MD and wraps with 2 shows in Nashville at the Ryman Auditorium. “Christmas audiences are special,” explains Grant. “They tend to involve the whole family, and their emotions are a wonderful mix of anticipation and reverence. It’s a thrilling experience for both of us.” “These holiday tours have become our favorites,” Gill agrees.

In their two hour program, the Grammy-winning husband-and-wife team will present cherished standards and as well as newer seasonal fare.

Amy Grant’s career spans over 25 years and stretches from her roots in gospel into an iconic pop star, songwriter, television personality, and philanthropist. Grant has sold more than 30 million albums and won six GRAMMY® Awards in multiple categories, beginning with the platinum selling Age to Age in 1982. She also has six #1 hits, including “Baby, Baby,” and “Every Heartbeat” and is one of only two Christian artists to be awarded a star on the legendary Walk of Fame in Hollywood. Grant released her first live recording in 25 years with Time Again...Amy Grant Live in September 2006, and then announced her first ever label shift to EMI Music Group where her entire music catalog was re-mastered and released via a Greatest Hits CD and made available for the first time digitally. In the fall of 2008 she released her first new Christmas music in 9 years, The Christmas Collection, and this past March released her first new music in 6 years, with Somewhere Down The Road featuring the Grammy nominated song "Better Than A Hallelujah.”

One of the most popular singers in modern country music, Vince Gill has a love for country music, top-notch songwriting, and world-class guitar playing, all wrapped in a warm tenor and a quick and easy wit. Gill achieved his big breakthrough with “When I Call Your Name,” which won the Country Music Association’s Single of the Year award. Since then, he has won 17 more CMA honors, including Song of the Year four times – making him the most awarded artist in that category in CMA history. Since 1990, Gill has walked away with 20 Grammy Awards and has racked up sales in excess of 26 million. Gill co-hosted the CMA Awards for 12 consecutive years. He was inducted into the Country Music Hall of Fame in 2007. After a long and musically productive spell of writing, touring and recording with other artists, he roars back on his own with “Threaten Me With Heaven,” his first single in four years. The song is the opening salvo from his MCA Records album, Guitar Slinger, released Oct. 24. Gill boasts three best-selling Christmas albums of his own: Let There Be Peace On Earth, Breath Of Heaven and Christmas Collection. 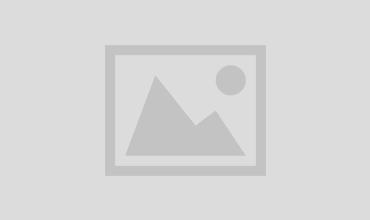 NASHVILLE, TN — When the holiday season comes around, music superstars Amy Grant and Vince Gill will embark on their sixth Christmas tour. The Twelve Days Of Christmas – Amy Grant & Vince Gill kicks off Dec. 7 in Baltimore, MD and wraps with 2 shows in Nashville at the Ryman Auditorium. “Christmas audiences are special,” explains Grant.