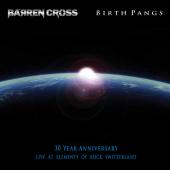 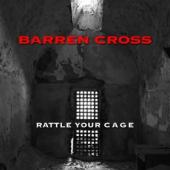 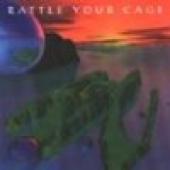 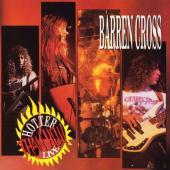 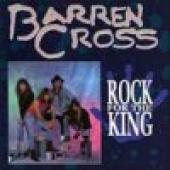 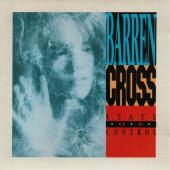 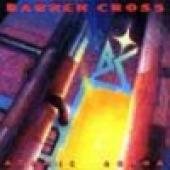 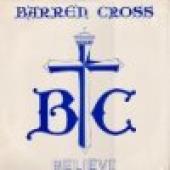 Barren Cross is listed in the credits for the following albums: 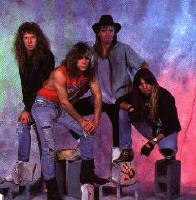 Barren Cross is a metal band that was formed in Los Angeles in 1983. Two high school friends; Lead Guitarist Ray Parris and Drummer Steve Whitaker had an ad in a local paper looking for a singer.  At the same time; Lead Singer Michael Drive (Lee) had an ad in a local paper looking for a guitarist.  Steve then drove to Michael’s house, where he called Ray and had Michael sing into the phone. As soon as they met and played together, the chemistry instantly formed; and two weeks later after many rehearsals with bass players, Michael met Bassist Jim LaVerde; and the rest is history. After recording 6 songs for two demos during 1983 and 1984, “the fires had begun” to burn - to record their first album. They literally “prayed” for enough money to professionally record their first EP, and within two weeks, God answered and gave them $10,000.

Into the studio they went, and the Believe EP was born. The band saw 4000 copies of it sold in a very short period of time, which caught the attention of their first record company and soon they were signed to their first recording deal. The company put them back into the studio; they recorded 3 more songs, and their first official full length album was born; Rock For The King in 1986.  They began playing more and more shows, and the shows turned into tours.  Two years later, a larger record company became interested in Barren Cross and bought out the first record contract. The band was newly signed again. Then, 1988 saw the release of one of the most influential and best metal albums to be released in the secular market while being billed as a “Christian” metal band. Atomic Arena was born. This album became so influential that many years later, in a recent poll, it was listed in the “Top 100 Christian Metal Albums Of All Time” at #11.

Barren Cross then released a live album; Hotter Than Hell in 1990, and continued performing that year with a temporary lineup that did not include Lead Singer Michael Drive (Lee) and Drummer Steve Whitaker.  BC then took a hiatus until 1995, at which time the original four members began recording their next studio album; Rattle Your Cage. This became their most mature, well-done and best-sounding studio album to date. Some have said it is Barren Cross’ best studio album.  Also in 1995, Michael Drive (Lee) formed a group called “Barebones” and recorded The Barebones Album along side the Rattle Your Cage sessions, (and both albums were released in the same year).  Michael went on to record more solo albums after he moved to Europe and was living in Paris, France. Jim, Ray, Steve & Michael; “the BC boys” never officially broke up, but continued to perform various shows together through the years, in different countries.

Fast-forward to 2013. They have kept silent about it, but have now surprised everyone with the new release of one of their  best metal albums Birth Pangs …and this one just bleeds “power” and “intensity” from start to finish.  …and if that were not enough, hardly anyone knew about this as they came out with their “first official album in 18 years” as an almost total surprise.  Barren Cross is back with a vengeance, and this album really shows it.

Barren Cross performed an exclusive show in 2012 in Switzerland; they have a new double-live album and multi-cam video (available at their website www.BarrenCross.com), and they plan to record more music in the future. Michael Drive (Lee) is back with the band, and his website is www.MichaelDrive.com.

Websites:
BarrenCross.com
Twitter: @BarrenCross
External links are provided for reference purposes. Christian Music Archive is not responsible for the content of external internet sites.
Created by: siremidor on 26-July-2010 - Last Edited by siremidor on 29-October-2021