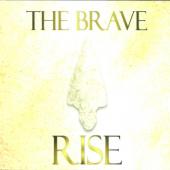 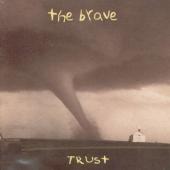 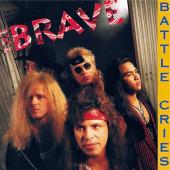 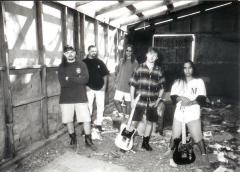 The Brave came onto the music scene in 1991, releasing 2 successful CDs with Pakaderm/Word records under the high production standards of John and Dino Elefante. The first, Battlecries, was met with critical success and yielded over 6 top ten CCM singles, including All Together Now, The Waiting, Just a Man and If That Ain't Love. The lineup consisted of Stayce Roberts and Freddy Tierra on dual guitars, Randy Roberts on drums, Malcolm Paris on bass and James Salters on vocals. The Brave produced a huge arena rock sound, laden with fiery guitars that were rich in melody and attitude, Def Leppard type harmonies, thundering drums and bass, all glued together with the Lou Gramm/Klaus Meine inspired vocals of James Salters. Battle Cries was mixed by none other than Neil Kernon (the mastermind behind Queensryche's Operation Mindcrime and Dokken's Under Lock and Key), and together The Brave became a crowd and radio favorite, touring over 32 states in 3 months in support of an album that has garnered fans the world over, even after 20 years since its release.

The Brave had always been a five-part vocal group, so after surviving personnel changes, The Brave was in need of a singer (Stryper's Oz Fox was even considered). So up to the plate came drummer Randy Roberts, who had never sung vocals in a band, much less a demo. What you hear on the sophomore record, Trust, was Roberts' first time ever in front of a microphone, but you would never know it. Though more bluesy in its style, Trust solidified The Brave as a serious contender, specifically as they watched the entire music landscape change before their eyes as groups like Nirvana and Soundgarden began to turn the tides musically. So shift they did. Randy Roberts kicks off the album with The River, a song he co-wrote with brother Stayce and John Elefante, and it debuted at number 1 on the CCM rock charts, to be followed by several other hits that showcased the unbridled guitars of Tierra and Roberts, and the soulful, dynamic range of Randy Roberts. While some fans didn't embrace the changes, a whole new group of listeners emerged, as well as new bassist Steve Irwin and drummer John Spittle. The band continued in its evolution and was just hitting its stride when their label, Pakaderm picked up and left for Nashville, and the group disbanded.

Sadly, The Brave lost singer/drummer Randy Roberts in 2007. In tribute to their fallen brother, remaining members put on a concert in his name, and certainly, his presence was felt.

Websites:
Facebook: @thebravemusicsite
External links are provided for reference purposes. Christian Music Archive is not responsible for the content of external internet sites.
Created by: siremidor on 26-July-2010 - Last Edited by siremidor on 08-March-2020