Lynn Arthur Nichols is listed in the credits for the following albums: 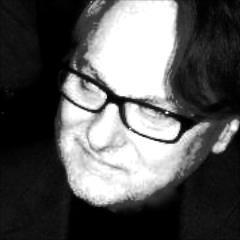 Lynn Arthur Nichols has been a member of:

Lynn Arthur Nichols is an American songwriter, producer, and musician from New York who now resides in Nashville, Tennessee.

In 1977, Nichols was a member of the Phil Keaggy Band, with Phil Madeira, Terry Andersen and Dan Cunningham. The band released one album together, entitled Emerging. Nichols would also go on to produce three landmark rock and roll records for Keaggy, Sunday's Child in 1988, Find Me In These Fields in 1990 and Crimson and Blue in 1993. Each record featured an all star cast of musicians, including the likes of Mark Heard, Steve Taylor, Derri Daugherty, Jimmy Abegg, Ashley Cleveland, Randy Stonehill, John Mark Painter of Fleming and John, Charlie Peacock, Sam Bush, Russ Taff and fellow Keaggy Band member, Phil Madeira.

In 1991, Nichols joined Steve Taylor, Mike Mead, Wade Jaynes and Dave Perkins to form the band Chagall Guevara. The band released one album on MCA Records and started a second before disbanding. It seemed that Chagall was more well known in the UK, where they toured with such notable bands as Squeaze and headlined the Greenbelt Festival. In May of '91 Rolling Stone's, Parke Puterbaugh Reviewed them with the auspicious claim that, "Not since the Clash has a group so effectively turned militant discontent into passionate rock & roll and still maintained a sense of perspective and humor, however black." The U.S. saw them mostly touring clubs around the country and a headline slot on the now infamous Cornerstone Festival. In 1995, Nichols, along with Mead, Tony Valenziano and Michael Townsend, recorded the album, Milk It For All It's Worth under the name of SMASH. In 1994, Nichols teamed up with fellow Chagall member, Dave Perkins to form Passafist.

He and his wife Katherine have 3 children, Katrina, Bianca, and Damann as well as 4 grand children, Harriett, Alec, Lilly, & Penelope.

Websites:
Facebook: Lynn.A.Nichols
External links are provided for reference purposes. Christian Music Archive is not responsible for the content of external internet sites.
Created by: siremidor on 26-July-2010 - Last Edited by admin on 07-January-2016