John Mark Painter is listed in the credits for the following albums: 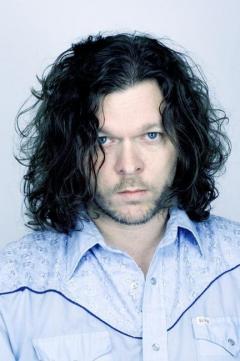 John Mark Painter has been a member of:

John Mark Painter (born c. 1967) is an American musician and songwriter. He is best known for his role, with his wife, singer Fleming McWilliams, in the rock duo, Fleming and John.

Painter grew up in Miami, and began playing trumpet, saxophone, bass, guitar and piano by age 11.

Fleming and John released its first album, Delusions of Grandeur, in 1995 for independent label R.E.X. Records, then Universal Records. Their second album, The Way We Are in 1999 notably showcased Painter's skills as an arranger and as an instrumentalist on a panoply of uncommon instruments.

Also producing artists such as Shapiro, Pantana, and Alva Leigh for Dweeb Records at IHOF Studio.

Painter was the composer for the 2005 animated film Hoodwinked, the 2006 film The Second Chance starring Michael W. Smith, and the VeggieTales DVD The Wonderful Wizard of Ha's.

He is currently a member of the alternative rock band Steve Taylor & The Perfect Foil with Steve Taylor, Jimmy Abegg and Peter Furler. Their first album, Goliath was released in November 2014.

Websites:
Twitter: @johnmarkpainter
Facebook: John.M.Painter.7
External links are provided for reference purposes. Christian Music Archive is not responsible for the content of external internet sites.
Created by: siremidor on 26-July-2010 - Last Edited by siremidor on 01-June-2019