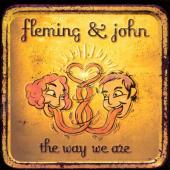 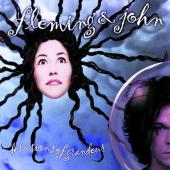 Fleming and John is a musical husband and wife team, Fleming McWilliams and John Mark Painter, currently living in Nashville, Tennessee. The couple met while attending Belmont College in Nashville, and immediately began collaborating on songs. While pursuing a record contract, Painter began playing in studio sessions for artists like dc Talk, Sixpence None the Richer, Indigo Girls, Jars of Clay, Nanci Griffith, and Jewel.

In 1994, the band recorded "Harder to Believe than Not To" for I Predict A Clone, a tribute album to Steve Taylor. The following year, the couple released their first album, Delusions of Grandeur on Universal Records. Ben Folds, who called Fleming and John the "The Carpenters of the 1990s with Led Zeppelin's rhythm section", invited them to open for his band. They performed and recorded with Folds for many years.

In 1999, Fleming and John released their second album, The Way We Are, which spawned a minor hit with the single "Ugly Girl".

The duo has recorded many cover songs, including "Winter Wonderland" (to the tune of Led Zeppelin's "Misty Mountain Hop"), "Eldorado" (Electric Light Orchestra), "California Dreamin'" (the Mamas & the Papas), "Somebody to Love" (Jefferson Airplane), "After the Lovin'" (Engelbert Humperdinck). A longtime concert favorite has been Sonny & Cher's "I Got You Babe" to the tune of Zeppelin's "Black Dog".

The band has been dormant since the tour for The Way We Are finished in the late 1990s. However, they have made songs available for purchase on their page on MySpace, and their website suggests plans to record a new album.

John and Fleming continue to run IHOF (International House of Fleming] studios and the DWEEB recording label, blogging about their latest projects.

Websites:
Website: FlemingAndJohn.com
Facebook: flemingandjohn
External links are provided for reference purposes. Christian Music Archive is not responsible for the content of external internet sites.
Created by: admin on 26-July-2010 - Last Edited by admin on 07-January-2016