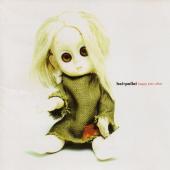 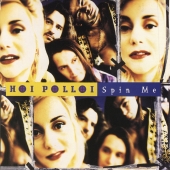 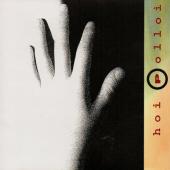 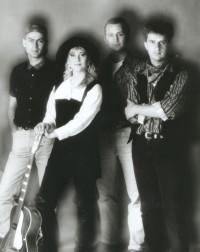 Hoi Polloi is Greek for "the common people" or "the masses" and seems an appropriate moniker for a band as avowedly street-level as the team of rockers who bare it. For Hoi Polloi, despite having their album 'Hoi Polloi' released on top American CCM label Reunion, stem not from the States but from New Zealand where rock gospel ministry is light years from the glitzy, big dollar US scene.

The Auckland-based four-piece landed their Reunion deal after being spotted at the 1990 Cornerstone Festival in Chicago.

Hoi Polloi were actually formed in 1984 but it was in 1988 when lead singer Jenny Gullen joined the group that the band's sound finally found its direction.

With Jenny Gullen {lead vocals, acoustic guitar), David Ball (guitar), Jozsef Fityus (drums) and Andrew Horst (bass) the band have a seering, bluesy style with a nice line in ballads as well. But it took a top American producer Arvin Reed to bring out the band's sound. How come Reunion flew in an American producer to New Zealand for their Reunion debut?

"It was a case of Reunion investing a lot of money in Hoi Polloi and needing to have a producer they knew and trusted to handle the project - considering it was being recorded 8,000 miles away from them that's understandable," explained Jenny Gullen. "It was also helpful to have someone who understood the American music market." It may come as a surprise to CR's more parochial readers to learn that Hoi Polloi are far from being New Zealand's only rock gospel band. "Hoi Polloi are one of many Christian bands in New Zealand, though there is no established 'Christian Music scene' the way they have it here in America," commented Jenny.

"In New Zealand to get professional experience, in fact just to play regularly, bands usually play a lot of mainstream clubs, etc. We do have a couple of Christian music festivals each year which draw up to 4,000 people. But our nation's population is relatively small (three and a half million) so there's not much opportunity for any band (Christian or not) to become full-time."

Hoi Polloi has been in the top ten Christian charts since the album's release (peaking at No. 1), and other popular Christian acts include Derek Lind, Guy Wishart, Real Time and Huntingman. The 'Hoi Polloi' album features songs on a wide variety of topics. Jenny Gullen takes the task of songwriting very seriously. "I think Hoi Polloi's aim is to write music which has an honesty and integrity to it - without superficiality or piety.

To come across as real people, rather than those who supposedly have it all together. Our song lyrics, therefore, attempt to present our personal struggles with life experiences and our faith, at the same time hopefully presenting the underlying theme that despite all this, there's hope through Christ. 'The Other Name' is a song which was written after seeing a friend of mine hurt through an unfaithful girlfriend. I'd also had a similar experience with a boyfriend many years ago and wanted to somehow write that pain into a song, because I saw it as a way of expressing our human vulnerability to one another - the way we hurt each other without understand the meaning of love.

'Justify Me' originated from reading a newspaper article on how business people in Brazil were getting together and shooting street people, because they were sick of the vandalism and burglaries, and felt the police weren't doing enough about it. The story really chilled me, because it seems to many people human life is becoming disposable and cheap if it happens to inconvenience us. I wrote the song around a street girl, destitute, a prostitute, attempting to personify one of the many faces we see in the street. I wondered how she felt.

"The chorus line 'Love won't you rescue me, won't you set me free, love justify me', is her cry - not that she's seeking justification for her way of life, but rather her very existence. Life itself. It struck me that to stand in the sidelines and watch people in her situation, and like those victimised in Brazil, and not to do anything we are no better than she. We've all done wrong and yet are all loved equally by Christ. Only he can forgive us and clothe us with dignity - justification for life. That's why I turned the lyric around at the end of the song, where it's me crying out 'Love won't you rescue me' - because I, like that woman, need Christ's forgiveness and love." Hoi Polloi feel that much of the division in people's minds between 'secular' and 'Christian markets is unhelpful.

"Hoi Polloi play exactly the same material in a church as in a club," emphasised Jenny. "We don't ever want to be chameleons who change colour just to please the people we're with. We play the stuff that reflects our heart, which is what we feel God's called us to do. At the same time, we're aware that the reasons a person would go to a Christian concert would be different to why a person would go to a club. We try to be sensitive to that, elaborating more on the meanings of songs at a Christian gig, and perhaps letting the songs speak more for themselves at a club, where people haven't come to be preached at."

The 'Hoi Polloi' album has clearly opened new doors for the band. Remarked Jenny, "We now have the opportunity to pursue our music full-time which we couldn't do working strictly in the New Zealand market (as it's too small). It's changed Hoi Polloi to the extent that we've now left our jobs back in New Zealand and we're touring the States for probably a year. We're learning the rigors of spending hours on the road and having little security other than God on our new adventure.

We don't understand a lot of what we see in the American Christian music industry - we wonder how much of it is dictated by profit return rather than Christ. It's all very new to us, at this stage. In terms of our sound, we're hoping to retain a distinctive sound and to capture more of Hoi Polloi's energy and rawness on the next album. The band would love to bring their music to Europe. "We definitely want to get over to Europe to tour," stated Jenny. "Canada is also a possibility next year. A lot of the music we're inspired by comes from Europe and I think we may find a niche in the market there for ourselves.

And of course, we can't wait to check out the place! Andrew (our bass player) has a lot of relatives there so we figure that's a good enough excuse to tour Europe! We'll probably be getting into the studio again early next year to record our second album and in the meantime we'll continue our tour of the States. The next album will be recorded in the States, so we'll be staying here for a while yet."