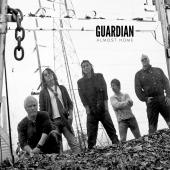 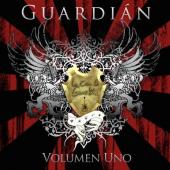 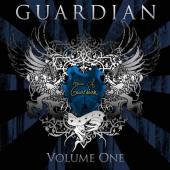 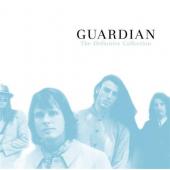 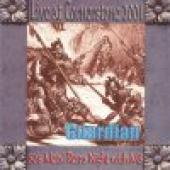 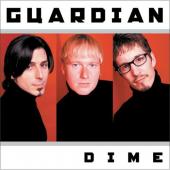 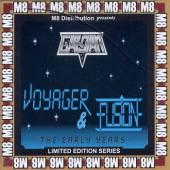 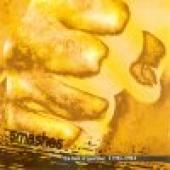 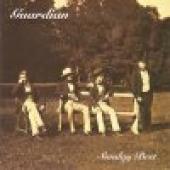 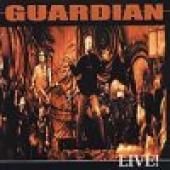 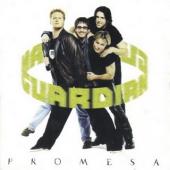 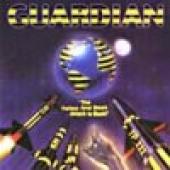 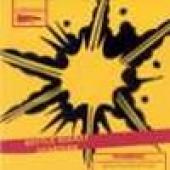 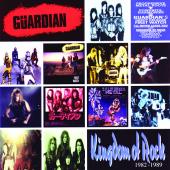 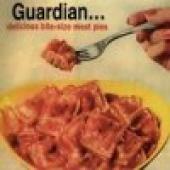 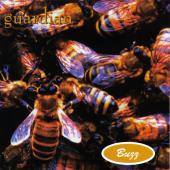 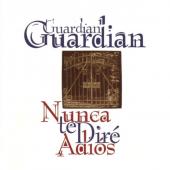 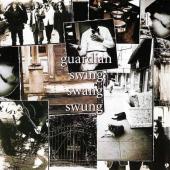 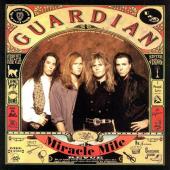 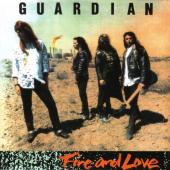 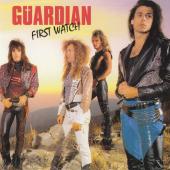 Guardian is listed in the credits for the following albums: 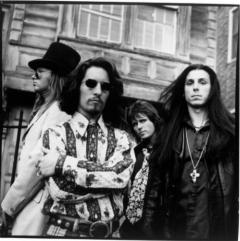 From 1989 to 1999 Guardian were one of the most popular hard rock bands in Christian music. Known for their expert musicianship and thought-provoking lyrics, Guardian debuted on a mainstream label in 1989. Their style went from metal to hard rock to a more alternative rock sound over the span of their recorded output. They created their own record label, G-Man Records to release some of their albums. They also recorded two Spanish language albums (1995's Nunca Te Dire Adios and 1997's Promesa, both on Myrrh Records).

The band was founded in 1982 under the name Fusion, by bassist David Bach and singer Paul Cawley plus original drummer Steve Martinez and guitarist Gene Thurston. The group stood out in the burgeoning Los Angeles metal scene due to their unconventional body-armor stage outfits, which were derived from the biblical passage in Ephesians 6 regarding "putting on the full armor of God". Member changes in 1984 included drummer Rikk Hart and guitarist James Isham. In 1984, they recorded a six song EP called Rock In Victory. In early 1985, Isham departed and was replaced by David Caro. Caro arrived just in time for one of the first shifts in the band's trajectory.

The band managed to strike a record deal with Enigma Records in 1985 after Eric Blair, (who worked for Stryper) pushed the Rock in Victory EP to Enigma Records President, Wesley Hein. When they found out there was a Spanish band going by the same name, they changed theirs to Gardian - intentionally misspelled to have 7 letters. In early 1986, Caro left the band and was replaced by Tony Palacios. David Caro currently plays guitar at his church in Hesperia, CA. With Palacios, there surfaced a bootleg EP, Voyager in 1987—which were really just pre-production demos recorded in the backroom of an Orange County music store.

In 1988, the band added the "U" to their name while continually touring in California and in 1989 finally released their first official album, First Watch, produced by Stryper's Oz Fox. This release featured a melodic metal sound in the same vein as Stryper or Van Halen and was followed by extensive touring through the United States and Japan. Rikk Hart departed the group in the fall of 1989 and was replaced by drummer Jason Sousa for the Japanese tour. In early 1990, founding member Cawley left the band.

The New Guardian
After Cawley's departure, Bach and Palacios asked to be freed of their Enigma contract, requesting a more Christian-focused label. After they were released, singer Jamie Rowe and drummer Karl Ney joined the band. They started working with new producers Dino and John Elefante on their second album, finally releasing Fire and Love in 1991 under the Elefante's Pakaderm label. The response to the album was overwhelming and one of the videos was included in the MTV's Headbangers Ball rotation. After touring with Stryper in 1992, the band released their third album, Miracle Mile in 1993. The album was a departure from their first two releases as the band began to integrate R&B elements into their music. The album quickly rose the charts, and reached the CCM Top Five.

After a new deal with Myrrh Records, they followed with an experimental acoustic album Swing, Swang, Swung in 1994. The album was recorded in producer's (John & Dino Elefante) garage and featured a stripped down, blues based sound. Also, the band's first Spanish album Nunca Te Dire Adiós was released in 1995--rising the band's popularity in Latin America.

The band then switched to producer Steve Taylor. Under his direction they returned to a harder sound and released Buzz in 1995. They supported the release with yet another worldwide tour--including extensive dates in Latin America. In 1997, the band released Bottle Rocket and their second Spanish album, Promesa.

With growing shifts in the rock genre and their ever-growing families, the band decided to take some time off and dedicate time to other personal projects. During this time, the band released a self-produced tribute to Stryper called The Yellow and Black Attack Is Back!. The album is a direct remake of Stryper's album of the same name. In 2001, the band members (sans Bach) released their third Spanish album called Dime. It featured nine songs written in Spanish exclusively for this album and one in English. Bach was not able to take part due to contractual commitments with EMI.

The later years
Bassist David Bach at Cornerstone in 2001. In the summer of 2001, Guardian joined other legendary Christian hard rock bands (including Bride) on the HM Stage at the Cornerstone Music Festival near Bushnell, IL. The show was intended to be a tribute to the Christian metal heyday of the 80s and early 90s, however Guardian made the show a reunion of sorts and performed songs spanning their entire catalog.

In 2004, it was announced that the band will start to tour again in 2005, and will probably record a new album in the near future. In December 2005, the band recorded an updated remake of their signature ballad "Never Say Goodbye" with producer Phil Madeira. In April 2006, producer Dino Elefante told Jesus Freak Hideout that Guardian would release Triple Five, a compilation with a couple new songs on the Selectric Records imprint. More recently, Jamie Rowe said that there may be a complete CD of all new material rather than Triple Five. However, these plans were put put on hold when Selectric Records was sold to Weston Entertainment.

In October 2006, Guardian made a rare live appearance at the ARPA Awards in Mexico City where they performed a medley of some of their Spanish hits.

In February 2007, Guardian joined fellow Christian-metal veterans, Bride and Tourniquet onstage in Germany at the Legends of Rock festival.

In December 2008, the band appeared at Rock & Vida in Buenos Aires, Argentina--playing before over 100,000 people with newly-added guitarist Jamey Perrenot.

In 2009, the band released "House of Guardian" - a live video documentary - as well as a complimentary website: houseofguardian.com

Guardian again appeared at the Legends of Rock festival in Germany in 2010...with several Latin American dates scheduled for 2011.

In early 2012, the current band members successfully funded a new recording though crowd sourcing. The album was christened Almost Home the day after the funding was successful

Guitarist Tony Palacios mixes and produces records for a diverse blend of both CCM and mainstream acts.

Karl Ney is owner of The Bennett Company, an Artist and Business Management Firm which represents international CCM and mainstream recording artists. His latest act to partner with is a new band out of Boise, ID called A Rotterdam November.

Jamie Rowe remains active as a solo artist as well as lead singer for power pop band The Ruled. He also works as a part time youth minister while running a successful viral marketing business.

Jamie Perrenot is a record producer in Spring Hill, TN.