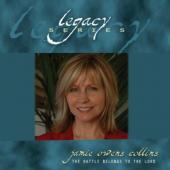 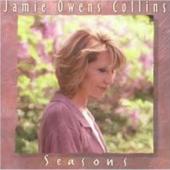 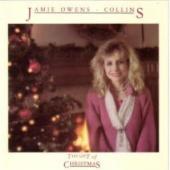 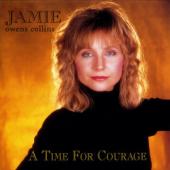 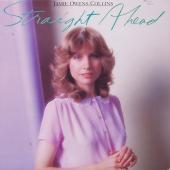 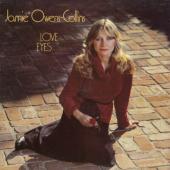 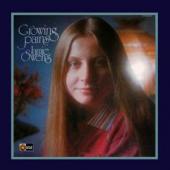 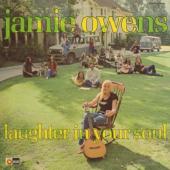 Jamie Owens-Collins is listed in the credits for the following albums: 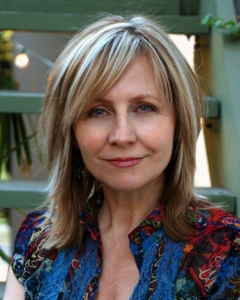 Unlike many artists who led the way for CCM (then known as Jesus music) in the early seventies, Jamie Owens (now Jamie Owens-Collins) didn't travel the dark trail of drugs and wild living and all the other accouterments that went with the sixties. In fact, she was an heir to the beginning of CCM. Her parents, Jimmy and Carol Owens were among the earliest pioneers, having helped start a movement by writing church choir musicals, which in those early days was one of the most significant ways this genre of music began influencing the church. Many seminal Christian artists' history is tied up with the Owens family.

"I grew up around the very roots of what we now call contemporary Christian music," says Jamie. "One time in the 1960s, my dad and his group, the Jimmy Owens Singers, were kicked out of Biola College for singing songs that weren't hymns."

"My house was full of people like Andrae Crouch (my dad produced the first album by the Disciples), and we had Larry Norman and Randy Stonehill around. The first album that I ever sang on was one of my parents' albums. I sang a duet with Randy Stonehill. We had the Second Chapter of Acts living in our home for quite a long time. And Barry McGuire and his wife lived in our home. So I grew up smack dab in the middle of that stuff. I was very much influenced by that."

Due to her innate talent and her proximity to the birth of this musical movement, Jamie was signed to a recording deal at the tender age of seventeen. Her first album was entitled Laughter In Your Soul and her second was Growing Pains. Her last regular studio album was A Time For Courage on Live Oak Records, a label started and partially owned by Jamie and her husband Dan Collins (independent record producer and former Director of A & R at Sparrow Records from 1980-84), released in 1985. Since then, she has released a Christmas album, The Gift of Christmas, in the early 90s and just released a new album on the Newport label.

While Jamie's album contributions have been limited in number, the power and effect of her music have continued. With such great songs as "The Victor," "The Battle Belongs to The Lord," "Look How Far You've Come," and "Hearts Courageous" to her writing credit, she continues to offer very popular praise and worship music like "You Have Broken The Chains" and "Binding The Strong Man."

In 1989, Jamie and her husband Dan began singing with a new group, Maranatha Praise Band, with nine other musicians who performed primarily with Franklin Graham for the Billy Graham Evangelistic Association and Greg Laurie for the Summer Harvest Crusades. By the spring of 1995, Dan and Jamie had stopped performing with The Praise Band.

"We have always felt like we had to keep our direction focused on the church," states Dan. "Back in the old days, we talked about cross-over. But what we have realized is that when we stand up and worship the Lord at a Greg Laurie Harvest Crusade, and 12,000 out of 56,000 come to the Lord that night, you see that this is what cross-over is all about."

When asked why she had been out of the CCM spotlight for so long, Jamie answers, "I never have been one to put out an album a year, but it has been a good long time. I have been out in ministry the whole time. And it has been really cool because since I was seventeen years old, I have been with a record label. So the last five or six years since we dissolved Live Oak was the first time in my adult life that I didn't have a recording contract. Quite honestly, at first, it was quite a jolt. Even though you know that isn't where your identity is, when it is gone, you begin to think, Wait a minute, who am I? What do I do? You come to realize that there is life and ministry outside of CBA."

"I can still go out and do live ministry. I probably do 40-50 concerts a year. I am doing a lot more speaking now too. I write some too, but not a lot. I am home-schooling my kids. Most of my energy these days is going into them. They are teenagers, and even if I find the time, it is hard to find the energy to be creative."

Although not always visible in the CCM marketplace, Jamie Owens-Collins has never left her true calling...writing and performing music for the church she loves so much.

Websites:
JamieOwensCollins.com
External links are provided for reference purposes. Christian Music Archive is not responsible for the content of external internet sites.
Created by: Yianni D on 26-July-2010 - Last Edited by siremidor on 27-May-2022