Tim Heintz is listed in the credits for the following albums: 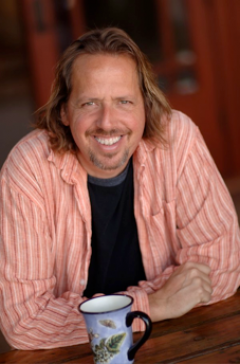 Tim Heintz has been a member of:

Chameleon. That truly describes keyboardist/composer Tim Heintz. As an artist, sideman, songwriter, composer, and programmer, Tim has blended his background in jazz, rock, R&B and church music to be known as one of the most versatile musicians in the LA music business.

Becoming known as a go-to session musician during the ‘80s and ‘90s, his work as a keyboardist and synth programmer was always in demand, working for artists as diverse as Jessica Simpson, Al Jarreau, Emerson, Lake and Palmer, Natalie Grant, Aretha Franklin, and Barry Manilow. Tim’s creative efforts also led to him being involved in many projects as an arranger and songwriter. His songs have been recorded by artists such as Lee Ann Rimes (Desperate Housewives Soundtrack), Sara Evans and the Warren Bros (the film “Where the Heart Is”), John Tesh, George Benson and many others. As a film composer, Tim has contributed music to box-office hits like “Enemy of the State”, “One Hour Photo”, and “Gone in 60 Seconds”. Tim has also written, produced, and arranged music for hundreds of TV and radio commercials, Disney and Universal theme parks, and several TV series.

As an artist, Tim released 5 albums during 1987-1992 in what was the fast-growing smooth jazz genre. His song “Dear Jacqui” has remained a standard in that format and is still played on radio stations around the world every day.

While this was all happening, Tim had the honor of touring the world with some of the great artists of our generation. For three years, Tim played keyboards with the legendary singer Chaka Khan, including being her musical director. For several more years, he played with the great Michael McDonald. He also had stints with Boz Scaggs and John Tesh. In 2001, Tim was musical director for the PBS special “Damian and Friends”, a live concert shot in Bucharest, Romania with 150 musicians on stage. In 2003 he was musical director for opera star Denyce Graves’ PBS show “Breaking the Rules” featuring Patti LaBelle and Take 6.

Currently, Tim continues his work as a composer and arranger for music in film, tv, commercials, and CDs, as well as writing new jazz material and modern Christian worship music. He has also started a faith-based organization “Be The Salt”, (http://www.bethesalt.org) to encourage others to assist those in need around the world.