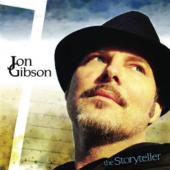 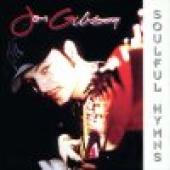 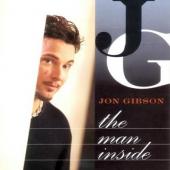 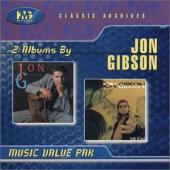 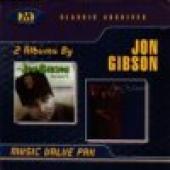 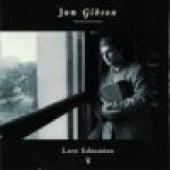 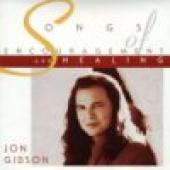 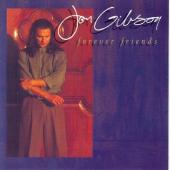 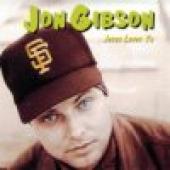 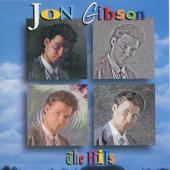 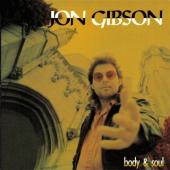 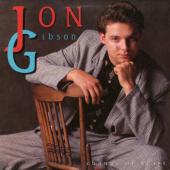 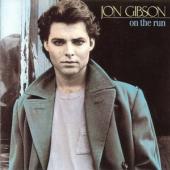 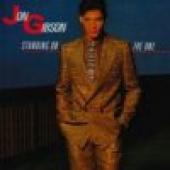 Jon Gibson is listed in the credits for the following albums: 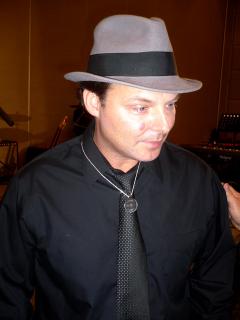 Jon Gibson (or "J.G."), born in San Francisco, is a pioneering gospel/Christian Music singer and musician. He is one of the most influential artists and producers in Christian, Gospel and R&B music with 22 Top Five Hits, 20 Top Ten Hits, nine Number One songs and an Album of The Year to his credit.

Growing up was not easy for the right-brainer as he ran the mean streets of San Francisco at just 13 years of age and soon found himself in the San Francisco Youth Guidance Center later to become a ward of the state and sent to a foster home. Jon made a fresh start in the U.S. Army in Germany which proved to be a good decision. After returning home from the Army, Gibson knocked on the door at Warner/Electra/Asylum where he was signed to Dick Griffey's new Constellation label, a subsidiary to his mighty SOLAR label known in the music industry as "Motown's second coming". with artist like Jodie Wately, The Whispers, Shalamar and Baby Face. Jon's debut as a singer/songwriter came as a guest vocalist and songwriter on 3 songs for The Jackson's keyboardist, Bill Wolfer's solo project entitled "Wolf" on the Constellation label.

Prior to his religious conversion, after singing in clubs in California, his first record deal as a secular artist was with SOLAR Records in 1983 where he worked with both Stevie Wonder (i.e. playing harmonica on a remake of Wonder's song "Have a Talk with God") and Michael Jackson (singing backup vocals on the song "So Shy" but not appearing in the video), in addition to keyboardist Bill Wolfer. Many have compared Gibson's similar voice and style to both Wonder and Jackson, as well as Donny Hathaway. That same year, Gibson also released a track and video called "She Told Me So" on the subsidiary label of SOLAR Records (Constellation Records).

After Gibson was signed to Dick Griffey's new Constellation label, Griffey would have fun tricking a number of his SOLAR artists with Jon's tape (although he's Caucasian, they thought it was Stevie Wonder's voice). Jon's debut came as a guest vocalist for three songs on Bill Wolfer's Wolf album (Wolfer was working with Michael Jackson on the Off the Wall and Thriller albums during this time). It was during the process of making that album that Jon was introduced to his musical idol, Stevie Wonder, and worked with a crew of other musicians, including Jackson. Wolfer returned the favor the next year by producing Gibson's debut album, Standing on the One. The debut showed that Gibson was more than a Wonder-clone, and that he had song-writing skills to go with his 'great voice'. Wonder's 1991 soundtrack album Jungle Fever would go on to have Gibson singing backup in return, even touring together.

Meanwhile, a local bookstore manager heard Gibson's Warner Brothers/Solar/Constellation release, Standing on the One, on a secular radio station and realized that beneath the slick and savvy production was a 'powerful message about Jesus'. He bought the album and took it to KYMS, a Christian radio station based in Orange County, California. It soon became the first Christian radio station in the world to play a Jon Gibson record. But Gibson was torn between his desire for pop stardom and his need to give testimony to his Christian faith, so he signed with Frontline Records (a Christian record label) for the album On the Run, a partial re-release of Standing on the One with a few new cuts. The album was well received, rendering his first Number 1 single in Contemporary Christian music on Christian radio, entitled "God Loves a Broken Heart". It became the first of a string of over 20 Top Ten CCM Hits.

Although his first rap solo was 1986's "Ain't It Pretty" from the album On The Run, Gibson wrote and produced the first rap hit in CCM history (by anyone) called "This Wall" featuring M.C. Hammer (it was originally within the lyrics of this song that Stanley Kirk Burrell - or "K.B." - first identified himself as M.C. Hammer), and was featured in TIME/LIFE's 100 Greatest Albums in Christian Music. Prior to this time, he was apart of Hammer's gospel rap group Holy Ghost Boys, with songs having been produced before being released on their respective albums. For instance, Hammer would later release a song called "Son of the King" on his debut album Feel My Power (1987) and Gibson released "This Wall" on his Change of Heart album (1988). Burrell, along with Tramaine Hawkins, performed with Jon's band doing several concerts in various halls such as the Beverly Theatre in Beverly Hills.

Gibson also experienced success with "Friend in You", a ballad which is one of CCM's classic hit songs, from Change of Heart. On this album, he did a cover of "Ya Mo Be There", a song originally performed by James Ingram and Michael McDonald, and co-written by Rod Temperton and Quincy Jones. He recorded another cover of Wonder's songs ("Happier Than The Morning Sun") on Forever Friends (1992). Christian rap pioneer M.C. Peace appeared on two of Gibson's albums, with Gene Andrusco, Rick Zunigar and Rob Watson assisting on the album Jesus Loves Ya (another album featured in CCM Presents: The 100 Greatest Albums in Christian Music.)

Gibson's hit "Jesus Loves Ya" held the record as the longest playing hit single in Christian music history. The track spent eleven weeks at No. 1 and became the top selling CCM single of 1991. Only three artists received more airplay on Christian radio stations in that year other than Gibson; Amy Grant, Michael W. Smith and BeBe & CeCe Winans. But there were several elements that frustrated the relationship between Jon Gibson and Frontline Records. The main issue was the fact that through the years Gibson was receiving little if no payment for his recordings. "My contract was over when I completed the album Forever Friends", Gibson says. In the end, Frontline Records ran into serious financial trouble and Gibson decided to create his own record label, resulting in a nearly three-year hiatus before his next disc, Love Education, perhaps his best and most eclectic release.

During the process, Gibson was tempted by several record companies with lucrative offers, one offering to wire $100,000 to his bank account. He eventually decided to go with Ojo Taylor and Gene Eugene of Brainstorm Artists International, a company known for its high quality albums in the alternative rock and rap territory.Gibson then got married, had children, and took time off from his music again. Upon returning, he searched for a record contract for two years, finally landing with gospel record label B-Rite Music in 1999 for his The Man Inside record, a consciously urban-sounding album made with master producer Tommy Sims. It didn't fare as well as previous records, and Gibson again decided to take his career into his own hands, creating his own Imagery Records and releasing his first praise album, Soulful Hymns, in 2002.

Gibson was honored for his contributions as a center piece in the CBS documentary Rhythm Of The Heart: The Roots and History of Gospel Music, hosted by the former anchor of Good Morning America.

Personal life
Gibson grew up in San Jose, California, only to make his way back to the "City by the Bay" when he was a teenager. A young rebel, the streets of San Francisco became home for Gibson, and after several encounters with the law and time in juvenile hall, he joined the Army. During this time he discovered a natural ability to write songs. Because of severe allergies, Gibson was given a honorable medical discharge after only 11 months of service.

Upon returning home, between the age of 19-20, Gibson found his father had become a Christian. Jon accepted Christ himself, then eventually began using his talents for God. After attending church as a result of his dad's pestering, Gibson recalls, "I got born again inside that car driving home, and when we got to the house, my father wanted to baptise me and did that right away in the bathtub". Gibson's newest record is inspired by the recent death of his beloved father Stanley Earl Gibson, and the project will be dedicated to his life and memory.