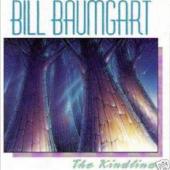 Bill Baumgart is listed in the credits for the following albums: 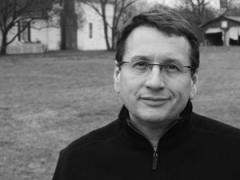 But in 1981, Baumgart became a Christian while attending Calvary Chapel, in Costa Mesa, California. In the short time that followed, he discovered the growing Christian music genre and found it to be a perfect outlet for his musical gifts. Throughout the 1980s, Baumgart worked with several contemporary Christian artists, producing projects for Crystal Lewis, Mark Farner, Idle Cure, Benny Hester, Liason and Jon Gibson.

By the early 1990s Baumgart moved his family to Nashville, Tennessee, which had become the main hub for the Christian music industry. From 1993 to 2001, Baumgart spent a collective total of eight years as A&R director for Benson Records (Zomba/Music Entertainment Group) and Sparrow Records (EMI CMG). During that time he worked with a wide range of Christian music's top performers including Steven Curtis Chapman, 4HIM, NewSong, Bob Carlisle, Jump5, Al Denson, Dallas Holm, Bruce Carroll, East to West and many more. His creative efforts earned him two Grammy nominations, a regional Emmy Award and numerous Gospel Music Association Dove Award nominations.

In pursuit of new innovative ministry-minded ideas, Baumgart stepped out on his own, leaving his full-time position at Sparrow Records in the beginning of 2000. That same year, Baumgart reconnected with longtime friend and television/video producer Tim Ellis. Having both served in church ministry together in the late '80s, the two rekindled their mission to serve the Church through high-quality media-driven resources. Together, they forged the vision for ORBIT CHURCH, the premier provider of media-driven content for the Church.

Baumgart, President of ORBIT CHURCH, oversees the company's operations in its Nashville headquarters and serves as Executive Producer for its media and music productions. He currently lives in Thompson Station, Tennessee, with his wife, Jane, and their children Christin (20), Kelsey (18), Madeline (12) and Billy (10).