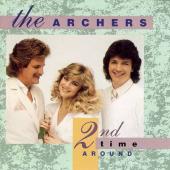 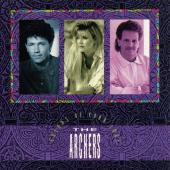 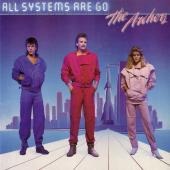 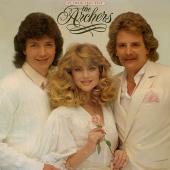 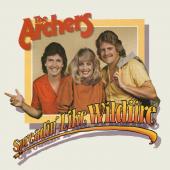 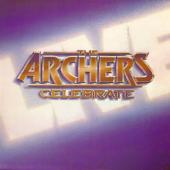 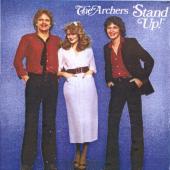 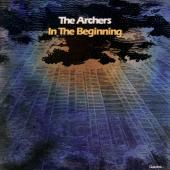 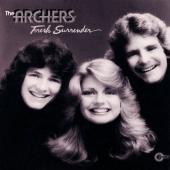 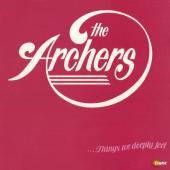 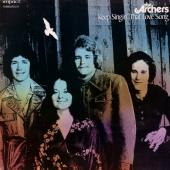 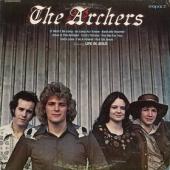 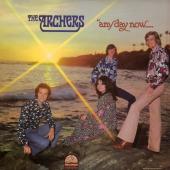 The Archers is listed in the credits for the following albums: 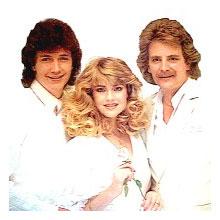 The Archers were one of America's earliest Contemporary Christian music groups. They were originally brothers Tim and Steve Archer, Nancye Short and Billy Rush Masters. After Masters and Short departed in 1977, sister Janice Archer joined. They enjoyed greater longevity than most of the pioneering CCM artists, recording chart hits in the decades of the 1970s, '80s, and '90s. Their hits included, "Jesus Is The Answer", "Little Flowers", "It Wouldn't Be Enough", "Fresh Surrender", "Stand Up!", and "Heaven In Your Eyes". Former Maranatha! Music artist and CCM pioneer Erick Nelson defined The Archers' role in the development of contemporary Christian music as representing one-half of a convergence: traditional vocal groups like The Archers got hipper while the hippie rock groups (like the Maranatha bands) got more mellow—eventually both evinced the polished, commercial sound that would be identified as stereotypical contemporary Christian music.

Early years
Growing up the sons of a pastor in the San Joaquin Valley of northern California, Tim and Steve Archer began singing in their father’s church during their childhood. Eventually they branched out to other churches in the San Francisco Bay area. In the mid-1960s they spent their summers touring with their older brother Gary as the gospel trio, "The Archer Bros." This was a pivotal period in the group's evolution to what eventually became known as contemporary Christian music, since it was the first time they began to incorporate their own electric accompaniment, a rare introduction to evangelical Christian music of the time. In 1966, Tim and Steve entered a talent search contest and placed second nationally. In 1967 with both Tim and Gary playing guitar they began an evolution toward an even more Contemporary sound. Before long (with Gary moving into artist management), they took on additional personnel, drummer Fred Satterfied and guitarist Billy Rush Masters and Steve Smart then later adding vocalist Nancye Short after Smart's departure, taking the name The Archers.

Jesus music
By 1971, they were performing in churches and Jesus festivals throughout Southern California with other Christian artists, and came to the attention of Andrae Crouch and Light Records’ chief, Ralph Carmichael. With Masters writing many of the early songs, the group collaborated on vocal arrangements and a new sound, previously unheard of in evangelical circles began to emerge. As Jesus music began to gain a stronger foothold in North America, they came into contact with Pat Boone, eventually touring with him. In the spring of 1972, they went into TTG Studios in Hollywood, California to record their first album, Any Day Now, with Gary producing for their independent "Charisma Records" label. Its release coincided with the group’s performance at EXPLO '72 in Dallas, Texas with over a quarter million people in attendance. Masters penned most of the songs for the album including "God’s Love", "Put On Jesus", and "For Me, For You". The album also included two songs written by their friend, Andrae Crouch, entitled “It Won’t Be Long” and “Jesus is the Answer”. Both “God’s Love” and “Jesus Is The Answer” became Number One hits in the U.S. and Canada.

Nashville
In 1973, the J.T. Benson Company of Nashville, Tennessee bought Charisma re-releasing the album on its Impact Records imprint as The Archers. By this time The Archers included a full support band with Tim Jacquette (bass), Tim Johnson (keyboards) and Tim Short (drums) all of whom had played on the first album and in earlier concert appearances. With an increasing national profile, the group continued to expand their schedule, appearing in churches and larger concert venues nationwide and Canada. In 1974, they recorded their second and last album for Impact, Keep Singin' That Love Song with Bob MacKenzie producing. Nancye Short contributed heavily to the project, writing and co-writing "Children", "Truth, Peace and Joy", and “He Love’s You". Dannie Lee Stutzman, leader of the Jesus band, Danny Lee and The Children of Truth, penned other songs including “Keep Singing That Love Song” and the Number One hit “Little Flowers”. Andrae Crouch contributed a tune specifically for the project, “He Washed My Sins Away.” The album received critical praise and widespread airplay, laying the foundation for their move to Ralph Carmichael’s Light Records.

Light years
By 1975, they had appeared at virtually every significant Jesus festival in the U.S. and Canada, and completed an extensive European tour. In June of that year they released their first Light album, The Archers: Things We Deeply Feel. The album produced a number of chart hits including Masters’, “Giver Of Life” and "Music", Andrae Crouches "Lord You've Been Good To Me", "I'm With Jesus", and the CCM Number One hit, "It Wouldn’t Be Enough". The song went on to be covered by a number of other artists. As their profile grew the group’s album sales increased and they began to headline larger venues, including main stage performances at Disneyland’s "Night of Joy". In late 1976, after returning from a tour of South Africa they entered the studio again teamed with arranger and Elvis Presley TCB Band alumnus, Larry Muhoberac to record their second LP for Light. With the departure of Billy Masters and Nancye Short (who participated on background vocals), Janice Archer assumed the role of female lead. The group reemerged with a dramatically changed look and sound on the 1977 release of the GMA Dove Award nominated, Fresh Surrender. The album, their best selling to that date, produced seven back-to-back hits, including, Masters' title track and “I Need You” and Short's, "I'm Gonna Rise", "Make Me An Instrument", and "With Every Breath I Take". Both Tim and Steve made their first venture into composing, co-penning the soul single, “Water Into Wine” and Steve’s "Sanctified Life.” The year 1978 brought the new lineup to a performance at the White House for President Jimmy Carter.Returning to the studio late that year, the group again teamed with Muhoberac, this time as co-producer (with John Guess), for the critically acclaimed, Stand Up. Tim and Steve again contributed tracks with two top ten hits, the title song co-written by Steve, and Tim’s "Pickin’ Up The Pieces". Other tracks included "Fools Paradise", Kelly Willard’s, "Blame It On The One I Love", “Living In Your Love” (later covered by TG Shepard), and “Only His Love”.

Live
In 1980, The Archers released their only live album, Celebrate – Live, recorded en-the-round at one of America’s first mega-churches, "Melodyland Christian Center" in Southern California. Rick Riso, formerly of the CCM group, Messenger, wrote the title song and they performed a decade of previous hits. Another career highpoint came in 1981, when they performed on the 1980 Grammy Awards telecast, winning a Grammy for Best Gospel Performance, Contemporary or Inspirational for their contribution to Reba Rambo and Dony McGuire’s ‘’The Lord’s Prayer’’. They sang on the telecast again the next year, nominated in the same category for Spreadin' Like Wildfire, also produced by McGuire. In 1982, with opening act Bryan Duncan, they were the first Contemporary Christian band to perform at the Universal City Amphitheater in Los Angeles. The performance was sold out. The anniversary year of their first decade as recording artists also brought the release of The Archers: At Their Very Best a compilation of their most popular Light tracks. Billboard Magazine reviewed the release saying, "This collection of the Archers' popular songs of the past decade proves their versatility, covering mainstream pop, light jazz and near-choral arrangements. The retrospective finds several tunes holding up well over the years, including 'It Wouldn't Be Enough,' 'Picking up the Pieces' the soothing 'Music,' and the popular 'Make Me an Instrument.'" In 1984, The Archers released their last album for the now struggling Light Records, All Systems Are Go, which became a catalyst—along with their earlier Grammy win—for their 1985 television show by that name on Trinity Broadcasting Network (TBN). Following a five-year recording hiatus, with each working on solo projects (as well as doing several Archer performances a year) in 1991, the group returned to the studio for, Colors of Your Love, this time on the Reunion label. Their last project as a group, the CD is distinctive in that all of its songs with the exception of “Music (All Around The World)” were penned by outside writers. Still, the project spawned the CCM hits with the title song and "Be Our Guest". The Archers toured in support through 1994, when they disbanded. In 1992 at Canyon Hills Assembly of God in Bakersfield, CA at a concert during the "Colors of your Love" tour, Gary Archer was in the audience and was asked to come up on stage to perform with Tim and Steve, "The Archer Bros" performed a couple of songs together.

Websites:
Webpage: TheArchers.us
Facebook: The Archers
External links are provided for reference purposes. Christian Music Archive is not responsible for the content of external internet sites.
Created by: siremidor on 26-July-2010 - Last Edited by admin on 07-January-2016