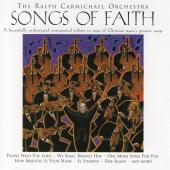 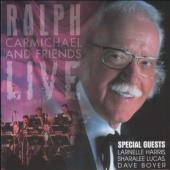 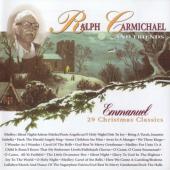 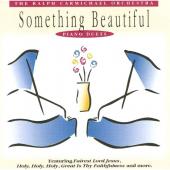 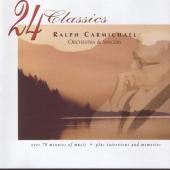 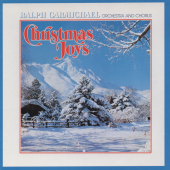 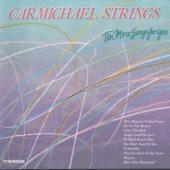 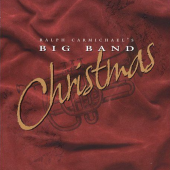 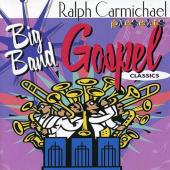 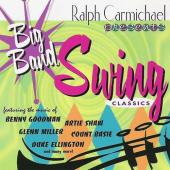 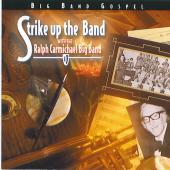 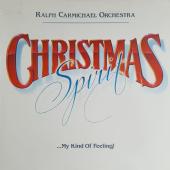 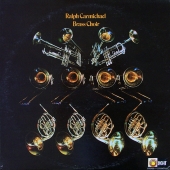 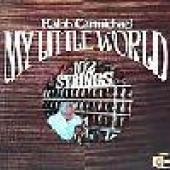 Ralph Carmichael is listed in the credits for the following albums: 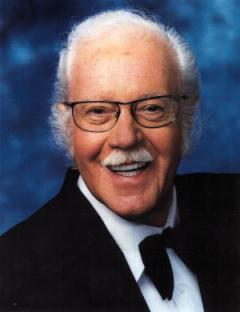 Early Life: Carmichael is the son of a Pentecostal minister, who allowed his son to play the violin and listen to the radio. “I was captivated by the chordal explosions I heard on the radio. I felt a sadness that we didn't have that in our church. Our church orchestra sounded weak and terrible by comparison. It was embarrassing. Why? Why did we have to settle? Why couldn’t we use those gorgeous rhythms, sweeping strings, the brass, the stirring chords? That started to control everything I did.”

As a teenager he played violin with the San Jose Civic Symphony. At 17 he enrolled at Southern California Bible College, now Vanguard University, to become a preacher like his father, grandfather, three uncles and five cousins. He started a campus men’s quartet, ensembles and mixed groups of all kinds, blending jazz and classical music techniques with gospel songs and hymns. His musical “experiments” proved instantly controversial. His bands were unwelcome at many churches, and he was not allowed to store the baritone saxophone on campus because of its worldly associations with big band music.

After college, reaction to his band was mixed from the Christian community. One church made them hide the drums behind a curtain; a pastor in Oakland stopped the band mid-song because the music sounded too worldly. But after a performance at a men's fellowship in Pasadena, Carmichael's band was invited to audition for television. This program drew so much hate mail from Christians that the station asked for more shows.

In 1951, He was invited to score a film for the Billy Graham Evangelistic Association; in all he wrote the musical score for twenty of their films. For BGEA, he made the funky urban soundtrack for the 1970 film The Cross and the Switchblade.

By the late 1950s, secular producers had taken notice of Carmichael's radio and film work. He was invited to assist the composer at the television sitcom I Love Lucy and was soon arranging music for that show as well as Bonanza and The Roy Rogers and Dale Evans Show and for singer Rosemary Clooney. He scored the movie The Blob and arranged and composed music for a Bing Crosby Christmas special television program, which prompted his denomination to strongly suggest he not apply for renewal of his ordination.

Nat King Cole: His big break came at the end of the 1950s, when his work came to the attention of Capitol Records, who asked him to provide the arrangements for an album of mainly sacred Christmas songs by one of the label's biggest stars, Nat King Cole. The result, The Magic of Christmas, was released for the 1960 festive season, by which time Capitol had already set Carmichael to work with Cole on more secular albums.

Carmichael duly became Cole's most regularly utilized arranger from then until the singer's death in early 1965, their first mainstream pop collaboration being The Touch of Your Lips (also 1960), an album of romantic ballads backed by lush strings, and their final team-up being Cole's last album, L-O-V-E, with jazzy big band arrangements, recorded in December 1964, only two months before Cole succumbed to the lung cancer which was already in its advanced stages, although that is little evident from the recordings.

In between these two very different albums were Cole projects which demonstrated Carmichael's versatility even more, from the Latin arrangements of More Cole Espanol (1962), through the old-time music hall style of 1963's Those Lazy-Hazy-Crazy Days of Summer, to the plaintive, country and western charts for I Don't Want to Be Hurt Anymore (1964).

Other performers: Carmichael wrote arrangements for many other top performers, including Ella Fitzgerald, Bing Crosby, Stan Kenton, Jack Jones, Peggy Lee, Julie London, Al Martino and Roger Williams. Worthy of particular note are his charts for Sue Raney's comeback album All By Myself, recorded in 1963 and released in early 1964. Capitol Records had wanted Stan Kenton to back Raney on the project, but when the celebrated bandleader proved to be unavailable, they turned to Carmichael, who wrote hip, bluesy, big band arrangements in the Kenton style, which were considered to be accomplished substitutes. When Capitol promptly dropped Raney after she was knocked down by a car and left largely unable to promote the album during a long convalescence, the singer stuck with Carmichael to provide the arrangements for her next album on Philips Records.

Carmichael was also Musical Director for I Love Lucy during the later years of the show.

In 1958, Carmichael was hired by producer Jack H. Harris to score his color science fiction film, The Blob. With the success of the film, Carmichael was brought back to score Harris' follow-up film, 4D Man.

He arranged most of the carols on the 1961 Stan Kenton album A Merry Christmas!.

He composed and conducted the theme music for the 1965 sitcom, My Mother the Car.

Christian music: It is in the field of Christian music that Carmichael has been most prolific. In particular, his experiments in pop-rock style in the 1960s and 1970s have brought him recognition as the "Father of Contemporary Christian Music". He founded Light Records in order to widen the audience for the music of the Jesus People. He was subject to controversy from within the church, being called a heretic for his use of guitars in worship and his adaptations of Gospel songs to big band stylings.

Manna Music Inc founders Tim and Hal Spencer published Andraé Crouch's song "The Blood Will Never Lose Its Power," written when he was 15 years old. Both Spencers helped launch Crouch's recording career by introducing them to Light Records founder and prolific Christian songwriter Ralph Carmichael. Carmichael also provided the backing for a number of RCA albums by Gospel singer George Beverly Shea, including The Love of God in 1958, and How Great Thou Art in 1969.

In 1969, Carmichael and Kurt Kaiser collaborated on Tell It Like It Is, a folk musical about God. The record album of the musical, which included the song "Pass It On", sold 2,500 copies, completely selling out the first run; it then completely sold out its second run of 100,000 copies.

One of Carmichael's contemporary hymns, "Reach Out to Jesus", was recorded by Elvis Presley, on the singer's 1972 Grammy Award-winning album of sacred songs, He Touched Me. His album Strike Up the Band won a Dove Award for "Instrumental Album of the Year" at the 25th GMA Dove Awards in 1994.

His autobiography, He's Everything To Me, was published by Word Books in 1986.

Ralph Carmichael passed away on October 18 at the age of 94. Without exaggeration, Ralph’s talent and influence have shaped the world of music for generations and will continue to bless and enrich our world for many generations to come. He was extraordinarily gifted, was the consummate professional, and a dear friend. We extend our deepest condolences to his wife Mar and their family and pray for God’s comfort to surround them.