Louie Weaver is listed in the credits for the following albums: 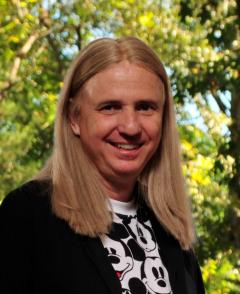 Louie Weaver has been a member of:

Louie Weaver was born A. Louis Weaver III in Nashville, Tennessee to Louis and Marie Weaver. During high school, he was a part of a jazz band. After graduating in 1969 he attended Trevecca Nazarene College where he obtained a Bachelor of Arts Degree in percussion.

After college, Louie started working as a session musician and went on to work with several known artists.

In 1981 he joined Petra becoming a staple of the band with his trademark drumming and style. Louie was an essential part of Petra during their peak years in the late 80's and early 90's. He was also voted "Favorite Drummer" by CCM Magazine’s readers for five years in a row (1989-1993). Louie additionally produced a solo drum instructional video called, “Back to the Basics” in 1992. During those years with Louie as the drummer, Petra was one of the world's most popular Christian rock bands selling nearly 10 million albums, being nominated for 13 Grammy Awards, winning four, and winning 10 Dove Awards. Petra known as a pioneer in Christian rock was the first rock band inducted into the Gospel Music Hall of Fame and the first Christian band whose memorabilia was included in the Hard Rock Cafe restaurant chain. Louie being the longest-tenured Petra band member, having spent 22 years with the band, was the most recognized face of Petra.

In 2010, Louie reunited with former Petra members to be a co-founder in the group Classic Petra. Classic Petra toured North America and Europe from 2010 to 2012. Currently, Louie has joined 4 previous members of Petra to form CPR.