Randy Thomas is listed in the credits for the following albums: 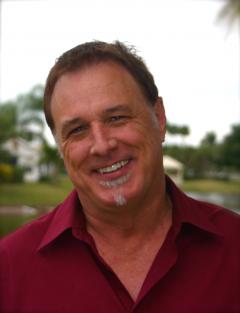 Randy Thomas has been a member of:

Randy’s first #1 country song was “Why’d You Come In Here Lookin’ Like That?” recorded by Dolly Parton. Since then, Hank Williams Jr., Englebert Humperdinck, Collin Raye, Ty England, The Wiggans, Highway 101, Lila McCann, Mel McDaniels, and many others have recorded Randy Thomas compositions.

Randy also toured for two years with Shania Twain and her husband, Mutt Lange (producer of such acts as Def Leppard, the Cars, Bryan Adams) in support of the phenomenal multi-platinum success of “The Woman In Me,” worldwide.

In the Contemporary Christian Music field, Randy formed the band ALLIES with vocalist Bob Carlisle. They cowrote, produced, and performed together for nine years. ALLIES’ #1 radio singles include “Devil Is A Liar”, “Take Me Back”, and “In My Life.” Prior to this Randy wrote, recorded, and toured with Sweet Comfort Band. Their #1 radio singles include “Good Feelin’”, “You Need A Reason” and “Valerie.” Randy wrote, produced, engineered and performed in the duo Identical Strangers. #1 singles include “Extraordinary Love” and “Julianna Wilson.” In Contemporary Christian Worship music, Randy has written many modern hymns such as “I Want To Praise You, Lord,” and “We Must Wait On the Lord.”

In 2010- Texas Music Awards Nominated Randy for Producer of the Year.

“Randy Thomas / GraceSongs Volume 1” is a collection of 12 new songs that includes guest vocal performances by Rick Florian (Whiteheart) and Scott Riggan (I Love You Lord). Songs include “I Stand In Awe” and “I Surrender”. This CD is being sold in foreign markets through Ministry Partners International and domestically through randythomasmusic.com

Randy’s latest project took an unexpected turn: Sweet Comfort Band has reunited! After working for three years on a serious comeback collection of new songs, the latest SCB project, titled The Waiting Is Over was released in 2013.

Most recently, Randy serves as the Director of Worship at Westminster Presbyterian Church in Fort Myers, Florida.

Randy released his book SongStory in 2022. It is a songwriter's faith journey from the Jesus Movement to Butterfly Kisses. 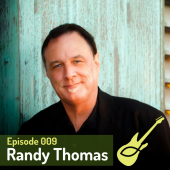 I’m glad to share with you my conversation with Randy Thomas. Randy is currently the worship leader at a church in Ft. Meyers Florida. But before his tenure as a pastor, he was a member of the Sweet Comfort Band for nearly a decade before moving on to start the band the Allies. Oh yea, and he also wrote a little song called Butterfly Kisses with his songwriting partner Bob Carlisle.