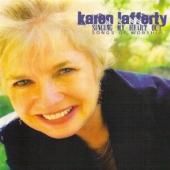 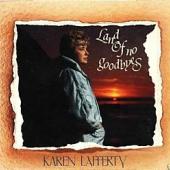 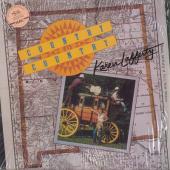 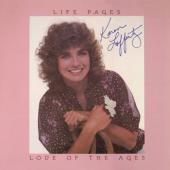 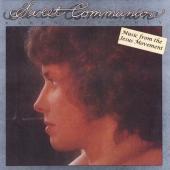 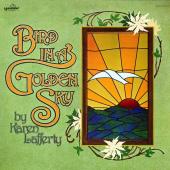 Karen Lafferty is listed in the credits for the following albums:

Born and raised in Alamogordo, New Mexico, Karen Lafferty is probably best known in the Christian world as the author of the scripture chorus "Seek Ye First." This chorus, and its message, has been key in opening doors for Karen around the world and found in most major hymnals today. Karen's public performance began during her teenage years as she participated in musical groups ranging from folk and rock groups to marching band, stage band, orchestra, choir and solo performances. She received the majority of her formal musical training at Eastern New Mexico University earning a Bachelor of Music Education.

Explaining about her spiritual journey, Karen states, "I'm grateful for Christian parents and the Baptist church where I took my first steps with Christ. I'm also grateful for relationship with a Christian friend who in 1970 helped me understand the glorious truth of walking daily with Jesus. I was working as a nightclub entertainer at the time and began to witness to people in the bars. As I grew in the Word and became active in my church, Calvary Chapel, in Costa Mesa, California, I felt a call from God on my life to ministry. "What adventures the Lord has had for me since that time!"

Karen spent her first years in ministry with the Christian recording company Maranatha! Music, which was an outgrowth of Calvary Chapel. There she recorded four albums. As she began to have invitations to share her music outside the USA, she began to see the incredible potential that contemporary Christian music had in reaching youth around the world. Karen began to seek the Lord concerning this new discovery and a strong burden to be involved in world missions full time was birthed. After completing missionary training in Holland with Youth With A Mission (YWAM) Karen founded Musicians For Missions International (MFMI) in 1981 as a part of YWAM in Amsterdam, Holland. She states, "God has called me to be a 'Musicianary'; to seek those places where others aren't going and to disciple the national musicians, who can then reach their own nations. I believe there are other Christian musicians with that calling too. MFMI's goal is to work with the local church to facilitate these musicians into ministry, especially "missions."

For more than two decades Karen has concentrated her energies on developing MFMI. She has led many multinational music teams on tours in more than 50 countries; held numerous music seminars and short term outreaches for musicians, launched a "School of "Music In Missions" as part of YWAM's University of the Nations and produced or assisted with many recordings in several languages, While living in Amsterdam, she and the MFMI staff musicians waee regularly involved with ministry to prostitutes and street people.

In 1995 after leading the first "School of Music in Missions" in Amsterdam, Karen felt she needed to return to the US to help her elderly parents. She relocated to Santa Fe, New Mexico and incorperated YWAM Santa Fe to be the new home for Musicians For Missions International. Although Karen has become very involved with local Santa Fe churches, her call to the nations remains strong. She is still a world traveling troubador who loves to share the Love of Jesus through music.

A concert or seminar with Karen is filled with not only her varied musical styles from light rock to country to traditional hymns but is also an experience that takes you around the world with the songs and stories of the people and places that are on God's heart. Her latest recording Multitudes - The Sound of Many Nations is a reflection of her life's work with musicians from many nations.

Websites:
KarenLafferty.com
Facebook
External links are provided for reference purposes. Christian Music Archive is not responsible for the content of external internet sites.
Created by: Yianni D on 26-July-2010 - Last Edited by siremidor on 09-September-2020