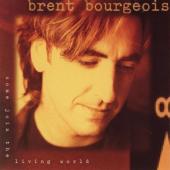 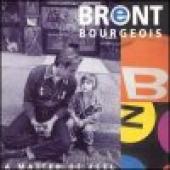 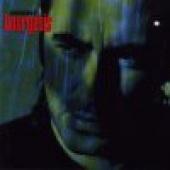 Brent Bourgeois is listed in the credits for the following albums: 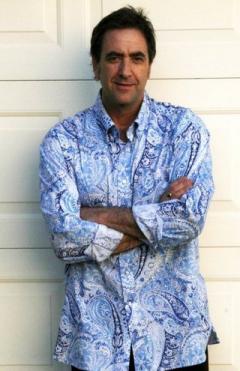 Brent Thomas Bourgeois (born June 16, 1958) is an American rock musician, songwriter, and producer. He was co-leader of the band Bourgeois Tagg with Larry Tagg, and has released several solo albums. His later work has been classified in the genres Pop and Contemporary Christian Music.

Early career and Bourgeois Tagg
Born in New Orleans, Louisiana, Bourgeois grew up in New Jersey and Dallas, Texas. He moved with Tagg to California's Bay Area after high school, and in the late 1970s they played in a Sacramento band named Uncle Rainbow, which included members from Texas and other parts of the South.

"Bourgeois Tagg"
The eponymous album Bourgeois Tagg spawned two singles. "Mutual Surrender (What a Wonderful World)" performed well, if briefly, at college radio and received some dance/club play, but its follow-up "The Perfect Life" didn't fare as well. Promotional videos were produced for both singles, but received limited play.

"Yoyo"
In 1987, Bourgeois Tagg recorded Yoyo with esteemed producer Todd Rundgren. When it was released in the autumn of that year, the band had what would prove to be their biggest hit with its first single "I Don't Mind at All," which peaked at No. 38 on the Billboard Hot 100. A shimmering, melancholy ballad of resignation, the song's catchy melody, offbeat rhythm, and dramatic use of strings has been said to be reminiscent of classic Beatles songs such as "Yesterday" and "Across the Universe." Although the single just briefly made the Top 40 in the United States, it was a Top Five hit on the Adult Contemporary chart, and a major hit worldwide. Its success was fueled by an innovative video that received heavy airplay on MTV and other music video outlets. The follow-up single "Waiting for the Worm to Turn" (the first single with a lead vocal by Tagg) failed to chart in the U.S.

Bourgeois Tagg Split
Eventually, a schism developed between Bourgeois and his bandmates. Sources give differing reasons for the split, usually citing Bourgeois' recovery from the abuse of alcohol and drugs, and his increasing interest in more literal exploration of Christian and recovery themes in the band's work. All five members of Bourgeois Tagg appear on Todd Rundgren's 1989 album Nearly Human, and it is widely presumed that the band officially broke up during that time; Tagg, Urbano, and Workman toured as part of Rundgren's backing band, which is documented on the 2003 archival release Nearly Human Tour - Japan '90.

Bourgeois signed a solo recording deal with Virgin imprint Charisma Records around that time, and his self-titled album was released in 1990. Co-produced by rock veteran Danny Kortchmar, Brent Bourgeois featured guest appearances by Christine McVie and Rick Vito of Fleetwood Mac, and "American Idol's" Randy Jackson, among others. The track "Can't Feel the Pain" was co-written with former bandmate Lyle Workman, who also plays guitar on that song. The first single "Dare to Fall in Love" is a lush ballad that resembles some of the popular R&B music of the time, while maintaining Bourgeois' vocal style and unique lyrical sensibility. In spite of a video that received a moderate amount of play, especially on VH1, it became only a minor hit, and the album did not sell well.

1992 saw the release of A Matter of Feel. Virtually ignored by all radio and video outlets, the album fell on deaf ears and sold even less than its predecessor. The track "I'm Down with You" was co-written with Robert Palmer. Bourgeois parted ways with Charisma shortly thereafter.

Foray into Christian music
Although he had never made a secret of his spiritual beliefs, any references to Christianity in his lyrics had been largely metaphorical up to that point; the friction that it caused with the more secular-minded Larry Tagg could be cited as both a positive and negative motivational factor for both of them during the time that they worked together. In 1994 he returned with another solo album, Come Join the Living World (produced by Charlie Peacock)—this time on Reunion Records, a Contemporary Christian label—and a renewed, more literal focus on Christian themes, which he has maintained throughout his career ever since. The album spawned four No. 1 songs on Christian radio.

Bourgeois today
In recent years, Bourgeois has become more well known in the Contemporary Christian Music world for his songwriting and production work for such acts as Michael W. Smith, Jars of Clay, 4Him, Jaci Velasquez, Michelle Tumes, and Cindy Morgan. He was the vice-president of A&R at Word Records in Nashville from 1997–2001, signing such notable artists as Nicole C. Mullen and Rachael Lampa.

Bourgeois is married, has four children and currently resides in Elk Grove, California. He most recently worked with Michael Blanton at BE Entertainment as their West Coast Representative and is currently working on his first album of solo music in twenty years.