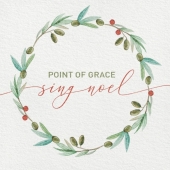 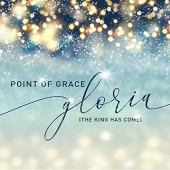 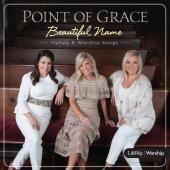 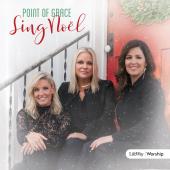 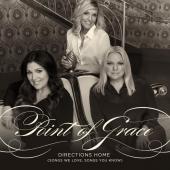 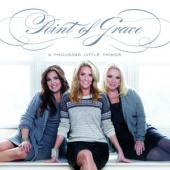 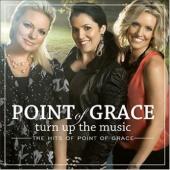 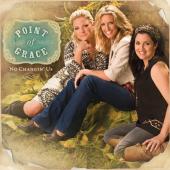 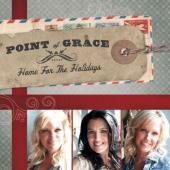 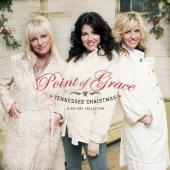 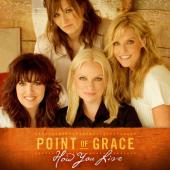 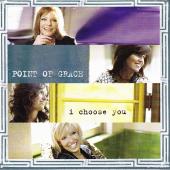 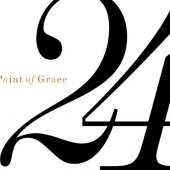 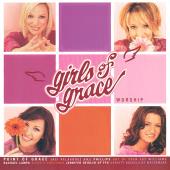 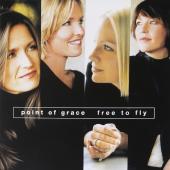 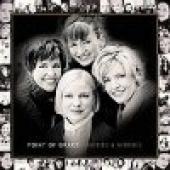 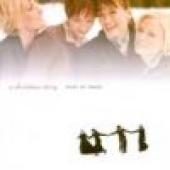 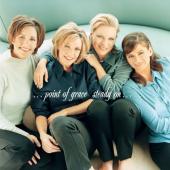 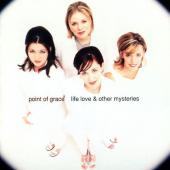 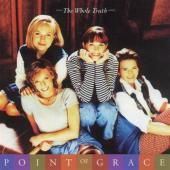 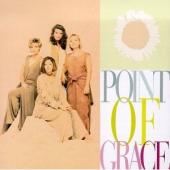 Point of Grace is listed in the credits for the following albums: 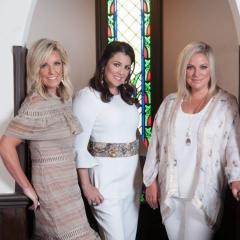 Point of Grace is a group of contemporary Christian music singers and authors. This all-ladies trio consists of Shelley Breen, Denise Jones, and Leigh Cappillino. The group started out as a quartet in 1991, with original members Breen and Jones, as well as Terry Jones and Heather Payne. In November 2003, Terry Jones decided she needed to spend more time with her family after giving birth to her third child, and left the group, with Cappillino joining in March 2004 for their 2004 release I Choose You. In June 2008, Payne announced her retirement from the group, in order to spend more time with her husband and four children.

The group's debut self-titled album was released in 1993; since then, they have been recognized as one of the top Contemporary Christian music bands in the United States. In 2003, they released their ninth album, 24 - a compilation of their 24 consecutive #1 radio singles. To this date, no band in any genre has matched this record. As of 2006 the girls have 27 #1 radio singles.

1991–1992: Early years
Point of Grace got its start at Ouachita Baptist University in Arkadelphia, Arkansas. They sang in a vocal group called 'The Ouachitones,' which was made up of 14 girls. Within the group, the girls formed a trio, and after a sound check for a Ouachitones performance, the girls were singing a cappella when they were told by an onlooker that they should do something together. They called themselves Say So, taken after Psalm 107:2 where it says, "Let the redeemed of the Lord say so." They developed quite a following and spent nearly every weekend singing. After many fan requests, they recorded an independent album, and became favorites in the South and Midwest. The girls, encouraged by their family members, attended the 1992 Music in the Rockies Christian Artists Seminar in Estes Park, Colorado. They wowed the crowd and the judges when they performed "He's The Best Thing" and wound up winning the Overall Grand Prize in the Group competition. After their performance, there was major record label interest, and the group decided to sign with Word Records. They then moved to Nashville to start work on what would become their self-titled debut album.

1993–1995: Point of Grace begins
On August 23, 1993, led by the No. 1 single "I'll Be Believing", Point of Grace released their self-titled debut album. It was quickly embraced by fans and critics, who compared the group's tight harmonies to that of pop group Wilson Phillips. The album's next five singles also reached the top of the charts, a feat unmatched to this day. Before Point of Grace, the record was held by Gloria Estefan and Mariah Carey with 4 consecutive No. 1 singles from their debut albums. The group's undeniably catchy sound, inspiring lyrics and fresh-faced image increased their following, and songs like "I'll Be Believing", and "Jesus Will Still Be There" became fan favorites. In 1993 they were named New Artist of the Year at the 24th GMA Dove Awards and embarked on a national tour with Wayne Watson. In 1997, their debut album was certified gold by the RIAA and was the top-selling Christian catalog album of 1998.

The girls assembled back in the studio towards the end of 1994 to begin work on the follow-up to Point of Grace. On March 15, 1995, The Whole Truth was released. The album's first single, "The Great Divide", shot to No. 1 and became the girls' seventh consecutive No. 1 single. The album did very well on the charts, charting at No. 1 and staying there for 13 consecutive weeks. After it left the No. 1 spot, it remained in the Top 10 for 45 consecutive weeks. It was certified gold by the RIAA in 1997 and the remaining four singles also reached the top of the charts.

1996–1997: Growing up
In July 1995 it was announced that the girls signed a major book deal with Simon and Schuster. They were getting noticed by the media and had been featured in major publications such as the Ladies Home Journal and TIME Magazine. In the book, co-written by Davin Seay, each member told her life story, and the other chapters were divided into question-and-answer sections. The girls hoped that this would offer their fans a greater glimpse into their lives and beliefs. Along with writing the book, the girls also began work on their third album. This project was a growing pain of sorts for them. John Mays, the man who had signed them to Word Records, had left his position there as A&R to join Sparrow Records. The girls were left to make all major decisions, and for the first time, were executive producers of their album. They took their time with the record, and the result was Life Love & Other Mysteries, released on September 9, 1996. The book was also released that same day, bearing the subtitle "Advice and Inspiration from Christian Music's No. 1 Pop Group."

The media was paying attention to Point of Grace. On the day of the album released, Word Records chartered the Dallas Mavericks' DC-9 jet and the girls flew to five different cities in one day to promote their album. During each stop they performed their current single, "Keep The Candle Burning", which went No. 1 on the day their album released. It became the girls' twelfth consecutive No. 1 single. The girls announced that they would be co-headlining an arena tour with 4Him, who had just released their album The Message. The tour hit major markets and was very successful, leading both groups to add a spring leg, which went into early summer of 1997.

Life Love & Other Mysteries has been one of their most successful albums to date. It was certified gold by the RIAA in 1997 and platinum in 1999. The album debuted at No. 1 and stayed at the top of the charts for 10 weeks. It was one of the Top 5 selling albums throughout 1997 and one of the Top 10 selling albums in 1998. The album was nominated for a Grammy for Best Pop/Contemporary Gospel Album in 1997. The girls were also nominated for the 1997 Group of the Year at the Dove Awards and "Keep The Candle Burning" was nominated for Song of the Year.

1998–2000: Artistic establishment, media attention and a hiatus
Point of Grace began work on their new album in late 1997/early 1998. Brown Bannister, who had previously worked with Steven Curtis Chapman and Amy Grant was brought on to handle production duties. Chris Eaton was also brought along to handle the vocal production for the album, and the result was more intricate vocal arrangements.

Steady On album was released on August 4, 1998, and debuted at No. 1 on the SoundScan sales chart, and remained in the Top 10 for 7 consecutive weeks. It was certified gold by the RIAA in 1999 and platinum in 2002. The lead single and title track soon reached the top of the charts, becoming Point of Grace's 16th consecutive No. 1 single. Five more singles followed suit, making it a total of 21 consecutive No. 1s.

In October 1998, the girls launched their first tour as a headliner. The Steady On Tour was also the first time they toured with their own band. In 1999 they won Dove Awards for Group of the Year and Enhanced CD of the Year for the Steady On CD Single. At the 1999 Grammy Awards, they were nominated for Best Pop/Contemporary Gospel Album for Steady On.

After the Steady On tour closed in the Spring of 1999, the girls began work on their first Christmas release. A Christmas Story was released on September 27, 1999, and they joined Amy Grant's Christmas Tour later that year. All four members started the tour together, but Terry, who was 9 months pregnant with her second child, left the tour halfway through, leaving Heather, Shelley and Denise to perform as a trio.

Following the Christmas tour, Point of Grace took a year-long hiatus, regrouping occasionally for Women of Faith conferences and one or two one-off dates. During the break, Word released Rarities & Remixes.

2001–2003: A fresh (re)start
After a well-deserved hiatus, the girls regrouped in early 2001 to begin work on Free to Fly, which was released on May 1, 2001. This was followed by the Girls of Grace project, based on answers to questions from teenage girls. The album was released along with devotional books and journals on August 20, 2002, and has gone on to be a series.

In 2003, the commemorative album, 24 was released, featuring the group's 24 greatest hits—as well as a new song, "Day By Day". Then in November 2003, they published a hardcover book titled, Keep The Candle Burning: 24 Reflections From Our Favorite Songs, which contained reflections on each of their previous hits.

2004–2006: Lineup changes and new sound
In November 2003, Terry Jones announced she would be retiring from Point of Grace. She was finding it harder and harder to handle a full-time music career and being a full-time wife and mother to her family. Point of Grace made it clear that they had no intentions of carrying on as a trio, and called upon band leader Dana Cappillino's wife Leigh, to join her husband on tour. Terry's last tour with the group was the 2003 Christmastime Tour with Michael W. Smith.

Leigh's first album with Point of Grace was I Choose You, released on October 12, 2004. It displayed a rawer, less glossy sound than before from the group and has been called the most progressive of their career. After another tour with Michael W. Smith in 2004, the group release their 2nd Christmas album, Winter Wonderland, on October 4, 2005. This was followed by their own Winter Wonderland Tour in 2006, with special guest Scott Krippayne.

In 2006, the girls resumed their Girls of Grace activities, and began working with Michael Passons, formerly of Avalon.

2007–2008: How You Live
The girls spent the first half of 2007 finishing work on their latest release, entitled How You Live. The album, produced by Brown Bannister, finds the girls returning to their musical roots, with the harmonies they are known for, and an earthy sound not yet explored by the girls. The album peaked at number fifty-six on the Billboard 200 and at number four on the Top Christian & Gospel Album Charts.

In February 2008, the girls embarked on the All The World Tour with special guests Selah and Michael Passons. That same month, Point Of Grace was nominated for five Dove Awards, including Group of the Year and Artist of The Year.

In June 2008, after much speculation, Heather Payne announced that she was retiring from Point Of Grace in order to spend time with her four children and to support her husband in his ministry. Shelley Breen, Leigh Cappillino and Denise Jones announced they would continue on as a trio, and recorded new music for the re-release of their album How You Live, released in October 2008.

2009–present: now three
The girls began 2009 by once again appearing at the Grand Ole Opry, performing the hits "I Wish" and "How You Live (Turn Up The Music)." They were nominated and won the Dove Award for Country Recorded Song of the Year for "I Wish", along with the song's writers, Cindy Morgan and Phil Madeira.

Their next album, No Changin' Us, was released on March 2, 2010, and featured a more country sound that the girls have been going towards. They embarked on a fall tour with Mark Schultz, the Come Alive Tour. Along with the new album, the group released their first ever cookbook, Cooking With Grace. 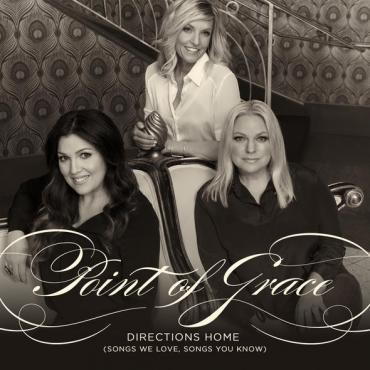