Jerry Hey is listed in the credits for the following albums: 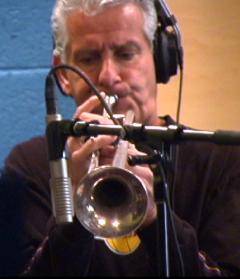 He is known as the Seawind trumpeter and arranger who plays with Gary Grant, Larry Williams and Bill Reichenbach Jr..

Hey was born in Dixon, Illinois, in 1950, to parents well known in the area for their involvement in music. He attended the National Music Camp for two summers. While in college, Hey studied under Bill Adam at Indiana University.

He composed and arranged the song "Jedi Rocks" for the 1997 Special Edition rerelease of Star Wars: Return of the Jedi.