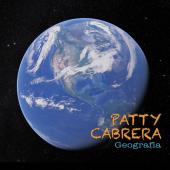 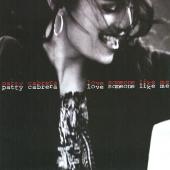 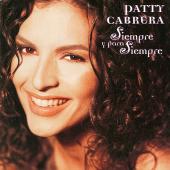 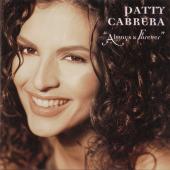 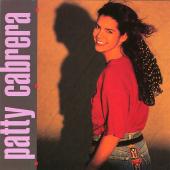 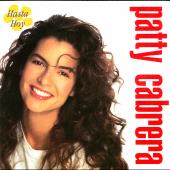 Patty Cabrera is listed in the credits for the following albums: 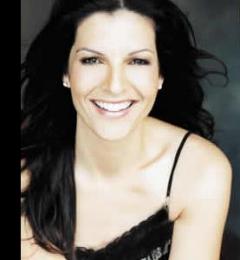 The Southern California-born product of Cuban and Puerto Rican parents, Patty Cabrera has brought a Hispanic edge to American gospel music. Two of her songs were used by the Billy Graham Evangelistic Association for their 1992 Latin American crusade. Two years later, the organization commissioned her to compose a tune, "Take It Away," for their Puerto Rican crusade.

Adventist-raised Cabrera was drawn, as a child, to the gospel music of the Kings Heralds and Heritage Singers. During high school, she sang Christian music at weddings, concerts, and youth events with a series of local bands. Based on the strength of her demo tape, Word Records signed her to a recording contract. Still a student at Pacific Union College when she recorded her self-titled debut album, released in English and Spanish versions in March 1991, she graduated with a bachelor of science degree in public relations. Although she toured nonstop following her graduation, Cabrera's contract was dropped by Word in 1992.

Taking a two-year hiatus from music, she began to take steps toward rebuilding her career. Cabrera's involvement with the Billy Graham Evangelistic Association has provided the much-needed impetus for success. In 1994, she performed "Take It Away," via satellite for a worldwide audience of four to five billion people.

Attending a Gospel Music Association convention in Nashville in March 1996, Cabrera began speaking out about the injustices of modern society, explaining that "teens are struggling with sex, struggling with drugs, and we need to get out there and be at the forefront of dealing with these issues." Although her comments drew criticism from Christian magazines, radio stations, and her record label, Cabrera's willingness to speak out led to her being included in a survey of 50 Most Beautiful People in the World, conducted by People magazine in 1996. The same year, she released her second solo album, Always & Forever, in English and Spanish versions, and was invited to sing the National Anthem at the Republican National Convention in San Diego.

I started recording professionally in 1991. I toured the globe and shared the stage with evangelical Christian leaders like Billy and Franklin Graham, Luis Palau, Rick Warren, and Women of Faith. It was a distinct privilege and a tremendous learning experience. And I was honored to receive a Latin Grammy and multiple Dove award nominations in the process.

Then I walked away.

I sensed a growing disconnect between the culture of the gospel music recording industry and the beauty that is the Gospel of Jesus Christ. I didn’t know how to articulate the disparity early on, but I understood that the pop Christianity of the industry and the faith and the God I first met in my mother’s unconditional love and example did not align. I took an indefinite hiatus to think more clearly about the best way for me to convey a genuinely inclusive Gospel of universal divine grace.

While I was off-stage, I taught voice to children and offered vocal coaching to up-and-coming artists in my hometown. And I worked hard to reflect on and reevaluate my ministry. I finished the coursework for an MA in theology at La Sierra University, knowing I needed to understand better not just how to communicate but also what to communicate with the people who listened to my music.

There’s always more to learn. And I know I have a long way to go. But, a decade after I stopped performing and recording, I believe that I’ve learned and grown in grace, that I understand at least a little more clearly what it means to take the life and death and resurrection of Jesus seriously. I know, at any rate, that I’m more deliberate and intentional about living a life of inclusivity, equality, and generosity.

That’s why I’m dedicated to making music that shares the conviction that God came near to offer life to everyone—and life more abundantly (John 10:10)! God came near so that God’s will would be done on earth as it is in heaven (Matt. 6:10). God came near so that everyone would know how it feels to be embraced as a part of God’s good creation (Gen 1:31).

As I move forward with new music after a decade of silence, I hope to be, in the words of St. Francis, an instrument of peace even as, especially as, I actively reject injustice in whatever form it rears its ugly head. I pray that my children will learn through my example what it means to live unafraid—to live purposefully, courageously, and thoughtfully—and as generously as Jesus did. I pray that they will see that we are all better off living in community with each other. Indeed, no one is an island. We need each other to love and to hold. If we’ve learned anything about Jesus, Jesus in whom we see the heart of God, it is this: we all matter.

My goal is that, now more than ever, my music will inspire everyone who hears it to understand clearly and welcome passionately the conviction that each of us matters, that we all are embraced by God’s universal, unending love.