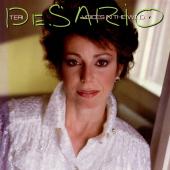 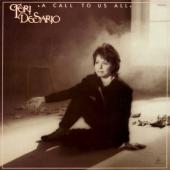 Teri DeSario is listed in the credits for the following albums: 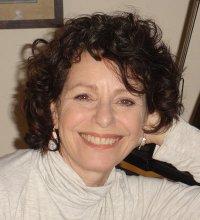 Teri DeSario is a singer/songwriter from Miami, Florida. DeSario worked within several music genres out of high school. She was vocalist, played recorder and harp from 1970 - 1977 with a Medieval and Renaissance music group, the Early Music Consort, headed by scholar and Pro Musica member Arnold Grayson. She began her popular career as a singer/songwriter in the folk genre and later expanded her love of folk music with her passion for jazz. After marrying horn player, arranger, and composer Bill Purse, they founded a pop-folk-jazz collaborative called Abacus. One night a long- haired man walked into the club where she was performing, claiming to be the producer of the Bee Gees; it turned out he actually was. Barry Gibb heard her demo of original music and was so inspired by DeSario's vocals that he wrote a song for her called "Ain't Nothing Gonna Keep Me From You" and helped her obtain a recording contract.

"Ain't Nothing Gonna Keep Me From You" from 1978 was Teri DeSario's first hit single, written by the Bee Gees' lead vocalist/songwriter Barry Gibb, from her first album Pleasure Train, also released in 1978.

Even though the first single from her debut made #43 on the U.S. pop charts, she hadn't really enjoyed the recording experience and wanted a new direction. It was then that she bumped into an old school mate she had as a teen, Harry Wayne Casey (KC) of KC and the Sunshine Band.

In the U.S. Teri DeSario is mainly known for her duet with KC, lead singer of the phenomenal R&B and funk group KC and the Sunshine Band of the popular Barbara Mason cover, (Pop # 2 on the Billboard Hot 100 and certified gold, Adult Contemporary #1 for 2 weeks) "Yes, I'm Ready" from 1980, from her second album Moonlight Madness, released in 1979. Follow-up singles (album title track) "Moonlight Madness" and a remake of "Dancin' In The Streets" charted but didn't make Billboard Top 40.

He song "Ain't Nothing Gonna Keep Me From You" became a disco hit in 1979 and 1980 saw "Yes, I'm Ready" also achieve hit status. She went on to record two more albums for Casablanca , Caught, an album which reflected her situation with the record company, and Relationships, which was shelved when the company itself changed directions.

After a lot of soul searching, she recorded two contemporary Christian albums for Dayspring Records, A Call to us All and Voices in the Wind, which were co-written with and produced by Bill Purse. In 1986 she was nominated for a Grammy in the gospel category for Best Female Performance. She also wrote for and appeared on various artist's albums.

During the same period her music was popular in Japan and the Philippines. Teri's music became more introspective and increasingly challenged conservative Christianity. Finally in 1986, she requested that she be released from her contract at Word records.

In 1989, Teri also performed/recorded a version of Lifeline with The Maranatha! Singers on a compilation CD for Marantha! Music (Laguna Hills, CA).

Teri lived Hamburg, Germany between the years of 1997 and 2013. In conjunction with an active performing life, she taught and coached voice, both in conservatory settings and privately and directed a number of choirs, from organic farmers to seamen, and most meaningful for her: Gospelchor Blankenese from 2008 – 2012. Teri appeared in jazz clubs and festivals and gave concerts from folk, early music, and contemporary classical music, to gospel and jazz throughout northern Germany. In Sept 2013, she returned to the United States where she now resides in Valencia, Ca. During the summers Teri performs and teaches in the beautiful city of Hamburg.

Websites:
TeriDesario.com
Teri's Facebook Page
External links are provided for reference purposes. Christian Music Archive is not responsible for the content of external internet sites.
Created by: siremidor on 26-July-2010 - Last Edited by siremidor on 30-May-2016