Joey Arreguin is listed in the credits for the following albums: 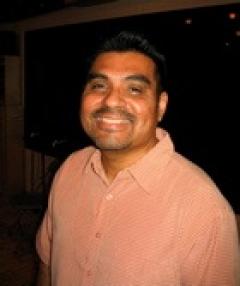 Since an early age, Joey Arreguin knew that he was destined to be a songwriter. Motivated by family, and friends, Joey soon began expressing his innermost thoughts musically, while being raised in Mexico City. It was there that his latin-based rhythms, jazz, R&B, and Black Gospel influences began to shape what would soon become the foundational elements of his professional career.

Upon returning to the U.S., and furthering his studies at California State University, Fullerton as a composition major, Joey continued to pursue his songwriting and musical skills. He participated in a number of musical groups, ensembles and off-campus rock, blues, gospel and R&B bands, where he quickly attained notoriety as a fresh and innovative composer,arranger, and keyboardist.

In 1987, Joey Arreguin formed his own music publishing company called Love & Laughter Music, which has been used to further expose his own song catalog as well as other gifted songwriters in the music industry. Currently, Joey is busy producing a number of talented new artists in the R&B, Jazz, and Latin Jazz markets, and has found continued success in both the writing, arranging, and production fields.