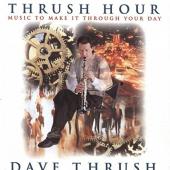 Dave Thrush is listed in the credits for the following albums: 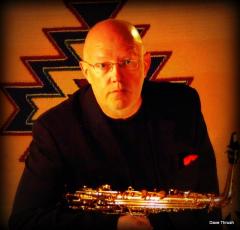 Dave has recorded two solo CDs including "Thrushour Music to make it through your day" Nominated for a "Dove Award" in 1995 Sparrow/EMI, and "Dave Thrush Christmas" an Independent project

Dave began his Professional musical Career in Colorado. At age 17 as he was encouraged by his mother to form a band with teenage Friends, Randy Chavez, (Opie Gone Bad), John Falk, and Andy Rodriguez called aptly, "Thrush". Thrush was a jazz fusion group playing songs by Jeff Lorber, Grover Washington, Tower of Power, and Average White Band. Where their first paid performance was for a Lowry Air Force Base Dance.

In 1982, Dave recorded a demo with High School friend Steve Taylor called "I want to be a Clone", and Taylor was Immediately signed to Gospel label Sparrow,(now EMI CMG), and Taylor along with Dave, Cactus Moser,(Highway 101, Wynona Judd), Kerry Connor and Jeff Stone on guitar, Woody Waddel on Keys, Chris Richards and Glen Holmen on Bass went on the road as "Steve Taylor and Some Band". It was during this period that Dave became a Christian and started following Jesus.

After recording 5 albums and countless National and International tours with Taylor, the band broke up and Dave moved to Los Angeles working with numerous local and National acts like "Promise Keepers", and "New Young Messiah" Christmas tour. In 1995, Dave recorded a solo c.d. entitled "Thrush Hour Music to make it through your day", for the same Sparrow label in Nashville Tn. which was nominated for a Dove award.

After 11 years in L.A. and Orange County Ca. Dave and his family moved back to Denver where he recorded "Dave Thrush- Christmas" in 1998. 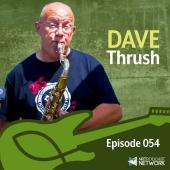 My guest today was a member of Some Band, and no, I’m not trying to be secretive or protect the identity of my guest. But, if you are a fan of early 80’s Christian pop, you’ll recognize that name as the backing group for Steve Taylor. Today, we hear from Dave Thrush about his career as part of Steve Taylor & Some Band. But, more importantly, we'll hear about how his religion changed to a relationship with Christ. Dave will share that his decision to follow Christ did not make everything go smoothly. In fact, he experienced just the opposite.