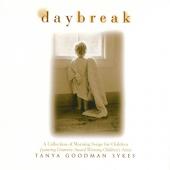 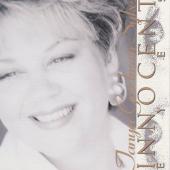 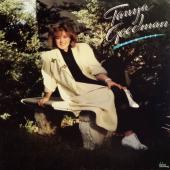 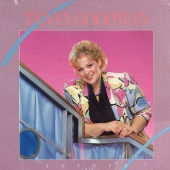 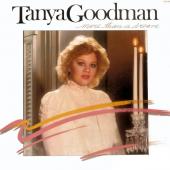 Tanya Goodman-Sykes is listed in the credits for the following albums: 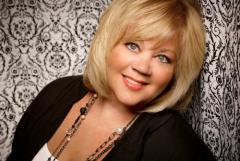 Tanya Goodman-Sykes has been a member of:

Grammy-winning songstress, Tanya Goodman-Sykes, was born into gospel music royalty. Daughter of the late Rusty Goodman and niece to Howard and Vestal Goodman, Tanya grew up in an environment where watching The Happy Goodman Family create great songs and communicate the Gospel through music was part of everyday life.

Now an award-winning songwriter and vocalist in her own right, Tanya has in no way rested on the accolades of those who came before her. Taking all she learned from her talented family, she continues the family legacy with a calling all her own.

Her versatile sound can convey soul-soothing ballads, timeless standards and rousing powerhouse songs with equal strength. Her smooth alto voice also lends itself beautifully to the children’s albums she has written and recorded, including the Grammy-winning Rock-a-bye Collection and widely acclaimed, A Child’s Gift of Lullabies.

Not only a versatile soloist, Tanya was a founding member of a Dove-Award-winning female quartet, Heirloom, which recorded and performed together during the late 1980’s and early 1990s. Still now her years of experience harmonizing with other talented artists makes her a valuable asset in group and studio settings.

Tanya is featured in dozens of volumes in the award-winning Gaither Gospel Series of DVDs, CDs and television programs, exposing her to audiences around the world. Among her all-time best-loved performances is a beautiful interpretation of the song her father wrote years earlier, “Look For Me,” on the Gaither Homecoming DVD entitled, Singin’ With The Saints.

As a songwriter, Tanya and her husband, Michael Sykes, penned #1 gospel hits “The King of Who I Am” (recorded by Lulu Roman, Russ Taff and others) and “Prayer Warrior” (recorded by Heirloom) among the couple’s many musical accomplishments.

Even more compelling than her musical heritage and God-given talent is Tanya’s heart for communicating the Good News of Jesus. She expresses her goal as a musician poignantly and honestly: “I think so many people feel discouraged and defective, as if everyone else has it all together and they're the only ones struggling or flawed. I want them to know they are not alone. We all need God's grace and mercies, which are new every morning... Without Him, it's all meaningless.”