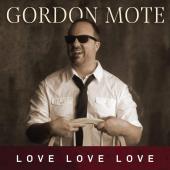 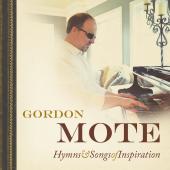 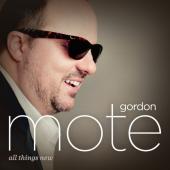 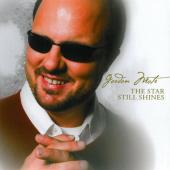 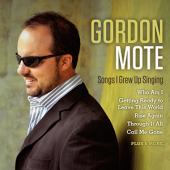 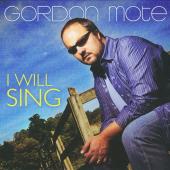 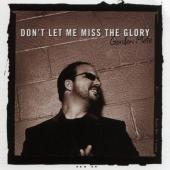 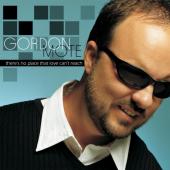 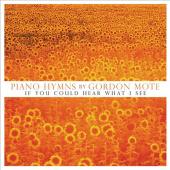 Gordon Mote is listed in the credits for the following albums: 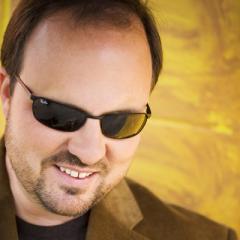 Those words, penned by prolific writer Andre Crouch, are lyrics Gordon Mote has lived. Thus it was only fitting that he include the song on his latest RSI recording Songs I Grew Up Singing. Totally blind from birth, Mote's childhood in rural Alabama was not quite the same as other boys his age. Many challenges faced the young lad, as well as his brother, who was also born blind. Nevertheless, the Mote family clung to the promises of God's Word, particularly Jeremiah 29:11. "Our parents always encouraged my brother and me," Mote remembers. "They believed we could excel in whatever we chose to do, as long as we placed Christ at the center of our goals and our lives, and that's what we did," he says with a big smile.

Excelling seemed to come naturally for both boys, who were drawn to sports. "I remember sitting and listening to major league baseball, football and basketball, and of course, the Alabama Crimson Tide. My dad says I could say 'roll Tide' even before I said daddy," he says with an infectious chuckle.

In addition to sports, Mote was also drawn to music, and on Thanksgiving Day, a young three-year-old Mote stunned his parents when they heard him playing "Jesus Loves Me" on the piano, with both hands. No doubt, their son was blessed with an extremely unique, God-given gift, and they encouraged him to perfect his musical gifts.

During that perfecting process, Mote became one of the first blind students in the country to mainstream into the public school system, graduating from high school with honors, while serving as band captain of his high school's award winning marching band. Throughout high school, he also dedicated himself to playing and singing on weekends in churches and wherever the opportunities were presented.

During his time in college, he began capturing the attention of some of the music industry's brightest names, including Grammy winning recording artist Lee Greenwood, who hired Mote as keyboard player and background vocalist just two days after graduation. This opportunity was one of many for the multi-talented Mote. Throughout his exciting career, he has shared the stage with such popular performers as Martina McBride, Alan Jackson, Rascal Flatts, Josh Turner, Carrie Underwood and famed Grand Ole Opry star, Porter Wagoner.

While performing on stage with many talented vocalists, Mote also became one of the most accomplished, sought-after recording studio session players in Music City, earning eight nominations as Piano/Keyboard Player of the Year by the Academy of Country Music, and receiving the Award in 2009 and 2011.

In 2005, much to the delight of both Country and Gospel music fans, Mote released his debut solo recording, If You Could Hear What I See. The recording earned a Dove Award nomination from the Gospel Music Association for Instrumental Album of the Year. This nomination marked the first of many honors and accolades Mote has received throughout the past six years, including his most recent, the 2011 Diamond Award for Favorite Instrumentalist.

In addition to playing on recording sessions each week for many of country and Gospel music's most popular recording artists, Mote travels in excess of 150 dates each year. Since 2006, he has served as pianist for the popular Gaither Homecoming Tour, with legendary songwriters Bill & Gloria Gaither and Gaither's Grammy Award winning Gaither Vocal Band, and has performed throughout the world with the Tour.

Music from his more than a half dozen recordings has delighted audiences of all ages, crossing musical and stylistic boundaries. His latest effort, Songs I Grew Up Singing, released in the Spring of 2011, brings new life to timeless classics that helped shape the musician and singer. "I went back and tried to find songs that made an impact upon my life when I was growing up," Mote explains. One of those songs was the Rusty Goodman classic, "Who Am I." Mote enlisted the assistance of the late Goodman's daughter, Tanya Goodman Sykes and her husband, Michael, to sing on this Southern Gospel standard. Other special guests on the recording include Ladonna Gatlin Johnson and Tim Johnson, who joined Mote on the Dallas Holm classic "Rise Again." The two were original background vocalists on the song, first recorded by Holm in the 1970s. "What a thrill that was for me. I relived the days when I first heard those songs, and it was so cool," Mote says smiling. "I was also a big Hinsons' fan," he continues, "and so I recorded two of their big hits, 'Call Me Gone' and 'God's Gonna Do The Same.' I also loved The Imperials, so I recorded 'Oh Buddha.' We had a lot of fun with that one. We also had a lot of fun with the old spiritual, 'Shut De Door.' Of course, we also included probably one of my favorite songs, 'Through It All.' I just had to do that one. Those lyrics have helped me through so much. It's the song that probably best conveys my testimony," he says, before pausing a moment. "Honestly, I think there is something on this recording for everyone. I know my kids love it. Of course, they may be a little biased," he says with another big chuckle.

Those kids he references are Samantha, Parker and Ashton, whom Mote spends every spare moment with when he's isn't traveling or in the recording studio. He and his wife, Kimberly, who met two decades ago while attending Belmont University together, make their home in the Nashville area and stay quite busy juggling the schedules of three kids as well as Mote's career. Obviously, music is his passion, but this father of three beams with pride as he experiences his kids excelling in school, sports, music, and many of the same activities he excelled in throughout his school years. "I must confess, I have a great life," he says sitting in his backyard swing, as a summer breeze cools the middle Tennessee late afternoon sun. "Sure there have been obstacles, but I am a very blessed man." No doubt, Gordon Mote is a man who, through all the struggles, trials, triumphs, joys and blessings has learned to trust in Jesus and depend upon His Word. 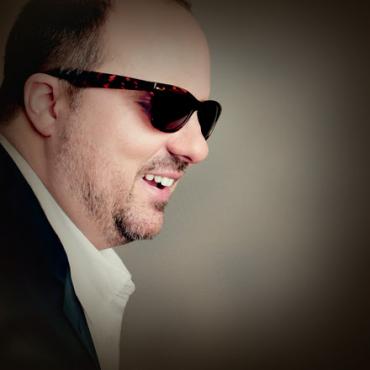 Nashville, TN - The award-winning musician, singer and songwriter, Gordon Mote, has been honored with his 11th nomination from the Academy of Country Music (ACM) Awards. Mote is nominated in the Piano/Keyboards Player of the Year category. He has won two previous ACM Awards in the same category in 2011 and 2009.