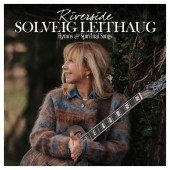 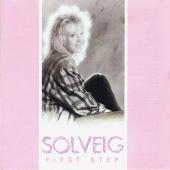 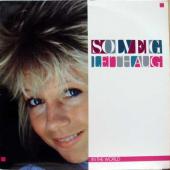 Solveig Leithaug is listed in the credits for the following albums: 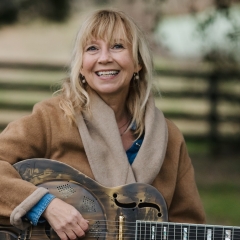 Solveig Leithaug (pronounced Sol-vey Light-houg) Dove Award-winning recording artist, Solveig Leithaug, is known and loved worldwide for her gentle-yet-powerful gift for communicating a song. This gifted singer-songwriter and masterful guitar player from Norway has led audiences in soul-stirring worship for more than twenty-five years. With thirteen solo recordings and three best-selling children’s recordings to her credit, Solveig consistently breaks new ground with each release as she allows life’s joys and challenges to refine her spiritually and artistically.

Raised in a musical family where faith and the arts were central, Solveig was still a high school student in Norway when she released her debut solo recording of all original songs. That recording promptly launched her onto the Scandinavian gospel music scene. She has since performed around the world in no less than seventeen countries as a bilingual solo artist with a unique capacity for connecting with live audiences of all ages, backgrounds, and walks of life.

She was an original member of the wildly successful Oslo Gospel Choir, a choir that sold 1.5 million recordings. Brilliantly blending heart and art, Solveig performs at various venues and events. She has served as a guest artist at official Parliament functions, national conferences, international television broadcasts, cathedrals, prisons, and inner-city outreach events.

She is featured on the Billboard chart-topping Gaither Homecoming Series. In addition, her live performance of “Leaning on the Everlasting Arms” was featured on the Gaither Homecoming DVD entitled How Great Thou Art. Award-winning songwriter Gloria Gaither comments on Solveig’s ministry: "Listening to Solveig singing is like the pure vibrations of an innocent soul. She bypasses our cynical scar tissue and stylistic prejudices and goes -- like the laughter of a child --straight to the heart."

Solveig’s song "Army of Compassion" was included in the Authentic Records CD and DVD release entitled Songs of Justice & Mercy to mark the 25th anniversary of World Vision. That compilation included contributions by fellow modern worshippers Hillsong United, Matt Redman, Delirious?, and other favorites. An ordained minister since 1994, Solveig is a commentary writer for Thomas Nelson’s Women of Destiny Bible and contributed devotionals for Thomas Nelson’s 2012 Gaither Homecoming Bible. She currently serves as a founding board member for Compassion International Scandinavia. Summarizing her goal as an artist, Solveig states: "Whether performing with a band, full orchestra, and choir, or alone with my guitar, my prayer has always been that my music will be an artistic bridge of hope, connecting the listener to their Creator."