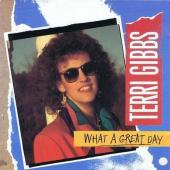 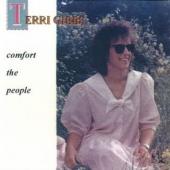 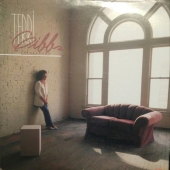 Terri Gibbs is listed in the credits for the following albums: 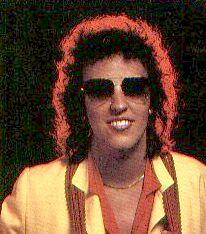 Teresa Fay Gibbs was born in Miami, Florida but raised in the Augusta, Georgia suburb of Grovetown. Born blind, she learned to play piano at age three. As a child, she sang in the church choir and at talent contests, and at age seventeen, she opened for Bill Anderson. Her parents wanted her to be treated no differently from sighted people and she was sent to public school, graduating from Butler High School in Augusta in 1972. She performed in and around the Augusta area and eventually, she met Chet Atkins, who advised her to move to Nashville, Tennessee to pursue a country music career, which she did at age eighteen. After failing to find a record deal, she returned to Miami and joined a band called Sound Dimension. She continued to perform locally, later forming a band called the Terri Gibbs Trio, which performed at a Steak & Ale in Augusta, Georgia. Gibbs then sent a demo tape to record producer Ed Penney of MCA Records, signing to the label in 1980. Penney was a former Boston disc jockey and a long-time songwriter. He liked her voice on her demo, but felt she needed stronger material. He co-wrote "Somebody's Knockin'" for her and also produced the song.

Musical career
Gibbs' first single release was "Somebody's Knockin'", which was also the title of her 1981 debut album. This song was a crossover hit upon its 1980 release, reaching No. 8 on the U.S. country charts, No. 13 on the Billboard Hot 100 and No. 3 on the Adult Contemporary charts. It was followed by "Rich Man", a No. 19 country hit which also entered the pop charts. Her debut album won her the Academy of Country Music's Top New Female Vocalist award. She was also the first winner of the Country Music Association's Horizon Award (which is awarded to emerging artists), and was nominated for a Grammy Award for Best Country Song for "Somebody's Knockin'." Gibbs performed on the Grand Ole Opry as well.

MCA released her second album, I'm a Lady, later in 1981. This album was less successful, although it produced a No. 12 hit in "Mis'ry River," its second and final single. 1982's Some Days It Rains All Night Long produced a Top 20 hit in "Ashes to Ashes" and a No. 45 in its title track. Also in 1981 and 1982, Gibbs toured with George Jones and sang duets with him onstage. Her final MCA album, Over Easy, also produced a minor hit in "Anybody Else's Heart but Mine", and after releasing a compilation called The Best of Terri Gibbs, she left the label.

Gibbs switched to Warner Bros. Records for her fifth album, 1985's Old Friends. All three of this album's singles — "A Few Good Men" (which featured Kathy Mattea on backing vocals) "Rockin' in a Brand New Cradle" and "Someone Must Be Missing You Tonight" — missed the country Top 40.

Gibbs later shifted her focus to Contemporary Christian music, recording Turn Around and Comfort the People in 1987 and 1988, respectively, on Canaan Records. The former gave Gibbs her second Grammy nomination. What a Great Day, her third Christian album, followed in 1990 on the Morning Gate label. Gibbs then retired from the music industry.

Personal life
Gibbs married Grovetown, Georgia city councilman David Daughtry on April 28, 1988, and remained married to him until his death in February 2008. They had one son, David Wayne Daughtry II, born October 20, 1989.

Websites:
Facebook: @terrigibbsofficial
External links are provided for reference purposes. Christian Music Archive is not responsible for the content of external internet sites.
Created by: Yianni D on 26-July-2010 - Last Edited by siremidor on 23-March-2022